The driver was transferred in an ambulance to a hospital in the city of Xalapa, the state capital, for his evaluation and medical attention.

(VERACRUZ – CIVIL PROTECTION).- A pipe overturned on the Xalapa-Perote highway, near the municipality of Tlacolulan, causing an explosion and a fire visible several meters away.

The events occurred on the night of this Thursday, January 10th, at kilometer 138, near the access to the town of El Fresno, where the driver of the unit was seriously injured, with burns on a large part of the body.

The fire remains active. The federal highway remains closed towards the municipality of Perote and open towards Xalapa. 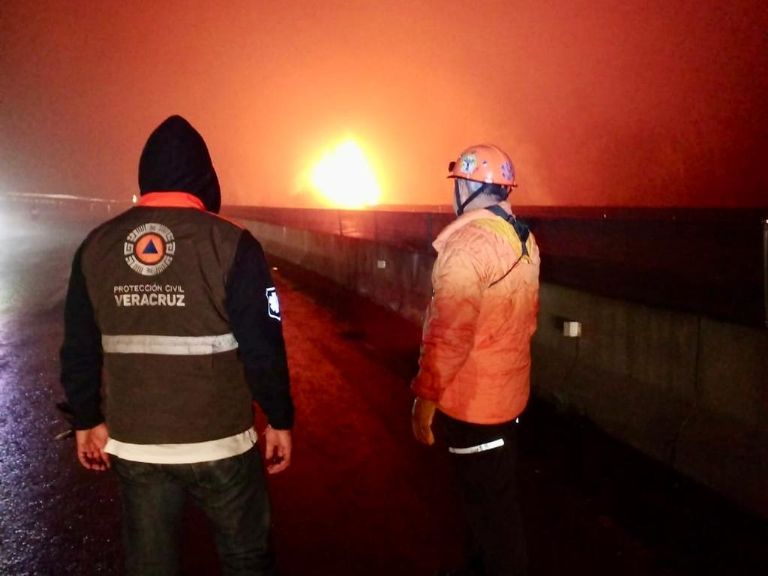 The incident were attended by firefighters from Xalapa, as well as elements of state Civil Protection, the National Guard and the Secretary of Public Security of Veracruz ( SSP ).

Videos circulate on social networks where the large columns of fire and smoke are observed, which alarmed the residents and the people who traveled near the place.

There is a great road chaos in the area, therefore, the Civil Protection authorities recommend that the population use the alternate route, which is the free road.