(MEXICO – STATISTA).- According to data from Statista Mobility Market Outlook, Mexico is the largest market in the entire region with more than 4,500 new units sold in 2021 alone. For this year, sales in our country are expected to be close to 6,000 units. While by 2026 sales volumes would be close to 19,000.

The segment of electric or hybrid cars continues to be a minority in the region. For example, in the Mexican and Chilean markets, these vehicles represent less than 10% of total private car purchases, Statista estimates for 2022. 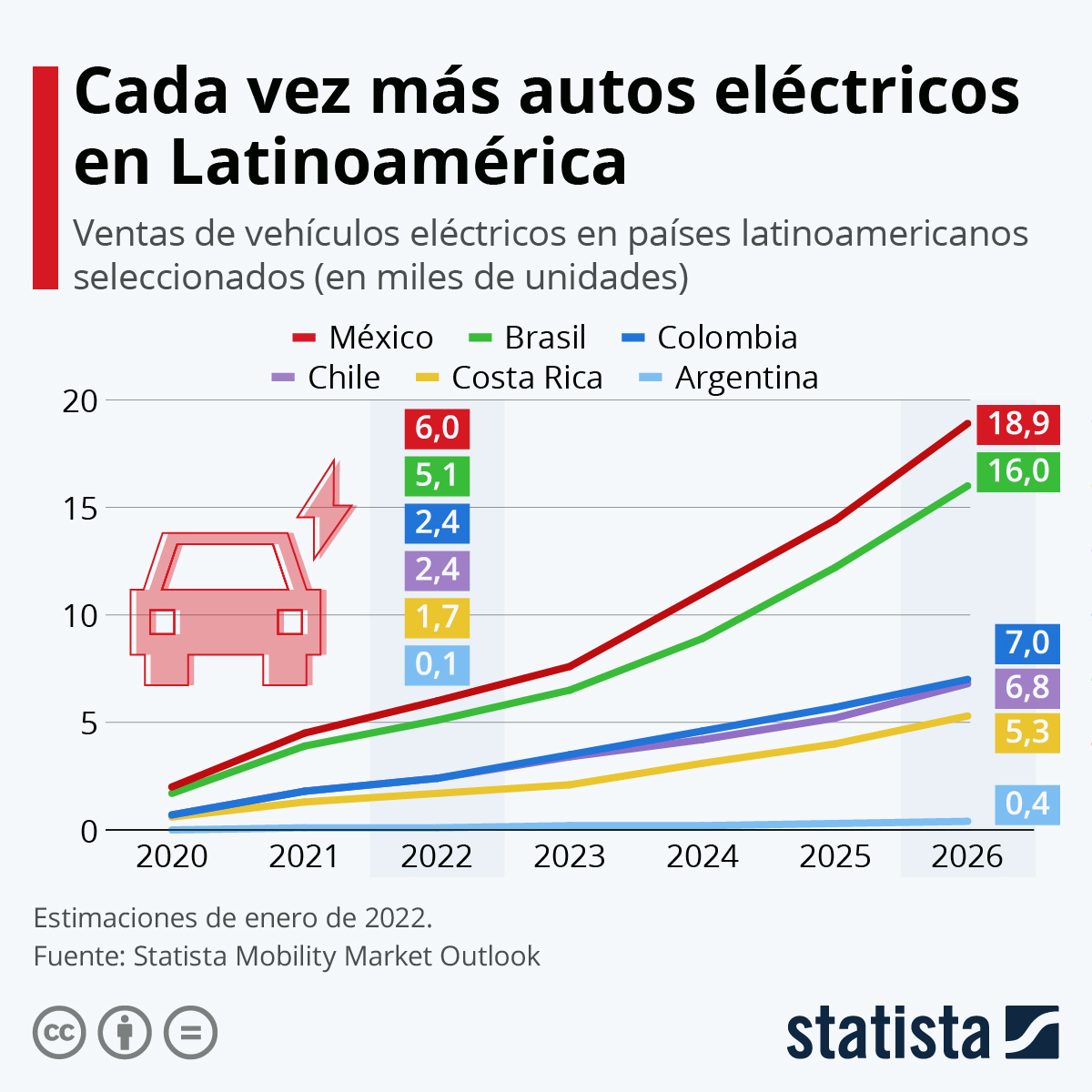 The high price of the models is one of the reasons for the low adoption of this new technology in the region, since most are imported from high-income economies and the incipient level of development of the charging infrastructure.

Around 3,000 electric charging stations would be available in 2022 in Mexico. In contrast, in Argentina, this number is around 200 stations. Paradoxically, the region contributes a large part of the metals needed for the production of these cars in the world, such as lithium and copper.