The president indicated that the largest percentage of the company’s profits will be used to pay the pensions of the personnel of the Secretaries of National Defense (Sedena) and the Mexican Navy (Semar).

(MEXICO- PRESIDENCIA DE A REPUBLICA).- In order to manage the airports being built in the State of Mexico, Quintana Roo and Chiapas, in addition to the Maya Train, a military company will be created for its administration, President Andrés Manuel López Obrador announced on Thursday, February 10th.

All this belongs to the nation and that is why the decision was made to create a company called Olmeca, Maya, Mexica. A company that is going to handle this civil airport, the new Tulum airport, the Chetumal airport and the Palenque airport.

And that same company is going to manage the 1,500 kilometers of railway tracks of the Mayan Train, that company that is going to depend on the Armed Forces,” reported President López Obrador. 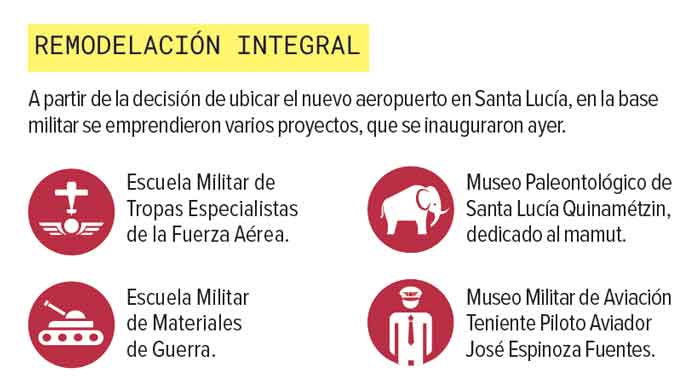 The head of the Executive power made this announcement at the commemoration ceremony of the 107th Anniversary of the Mexican Air Force, which took place at the Santa Lucía Military Air Base number 1, where the Felipe Ángeles International Airport (AIFA) is being built . 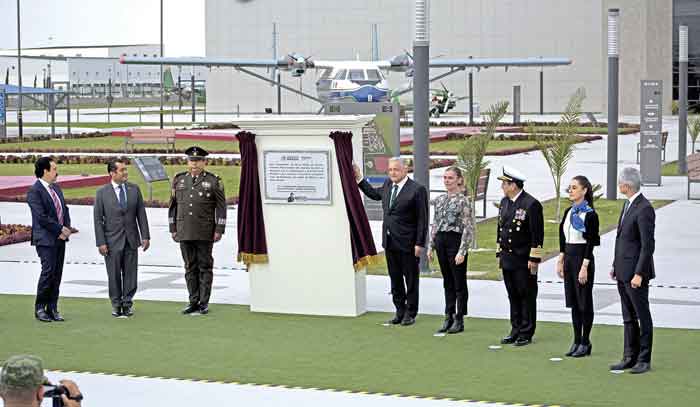 President López Obrador witnessed the completion of the facilities of the Military School of War Materials in the framework of the commemoration of the Mexican Air Force Day. Photo: Eduardo Jimenez.

In the dining room of the new Military School of Specialist Troops of the Air Force , which was inaugurated on this day, the president was accompanied by his wife, Beatriz Gutiérrez Müller . 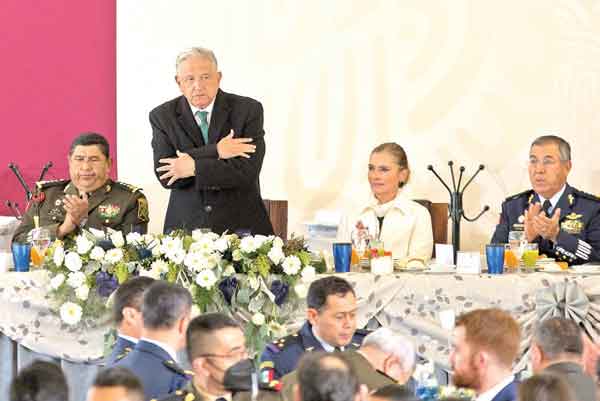 On the occasion of the Mexican Air Force Day, the President and his wife Beatriz Gutiérrez Müller had breakfast with the military. Photo: Eduardo Jimenez.

President López Obrador explained that the decision was made to create the Olmeca, Maya, Mexica company, so that the Armed Forces would be in charge of caring for the heritage of Mexicans.

In his speech, the commander of the Mexican Air Force, aviator general José Gerardo Vega Rivera, affirmed that the Armed Forces will not hesitate to guarantee peace in the country.

The President thanked the Navy, the Defense and the Air Force for their support for the distribution of vaccines against covid-19 in the country.