The Maya developed a fascinating gastronomy with various techniques, sauces and processes, many of which are still carried out today.

(YUCATAN – MXCITY).- Maya food and cuisine range from feasting to competitive trading of cocoa beans among elites. And it is that food is not only the diet but the cultural behaviors and beliefs that surround consumption: rituals, medicinal preparations and memory around food. In fact, food was fundamental to the development of the ancient Maya culture.

The Maya formed an important part of the pre-Columbian history of Mexico , Guatemala, and Belize. From tamales to coffee, from salsas to horchatas, today you can find many of these Maya recipes in almost the entire country. 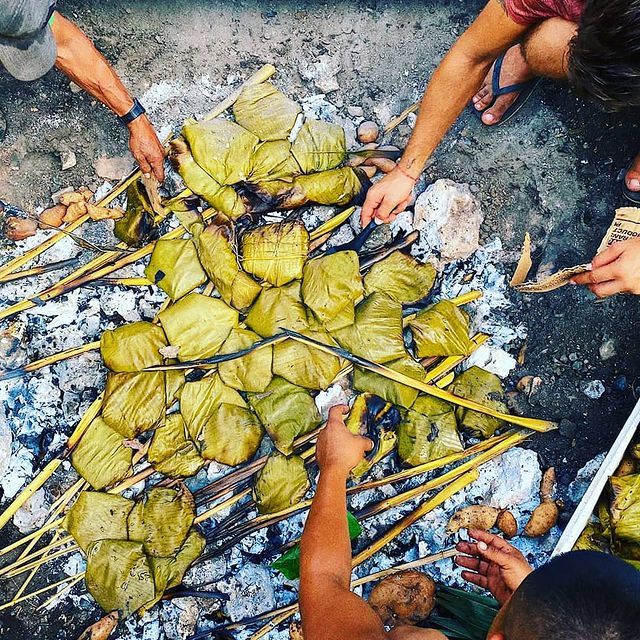 Spanish missionaries marveled at the creativity and richness of Maya food . The indigenous people practiced crop rotation, used the Three Sisters (corn, beans, and squash), and enjoyed other types of foods like peppers, avocados, and chocolate.

The Maya practiced nixtamalization to transform the staple food of corn into dough and make their own tropical “masa” and combined the tortilla with meat and avocado.

The dough that the Maya created was not only used for tortillas, since they were more robust, so they filled them with vegetables, peppers and meat, and then wrapped in corn husks or banana leaves, giving way to what we know today as ‘tamale’.

The traditional fillings of the tamales depended on the season and the festival that was celebrated. Maya cooks often prepared the dish as rations for hunters , warriors, and merchants. 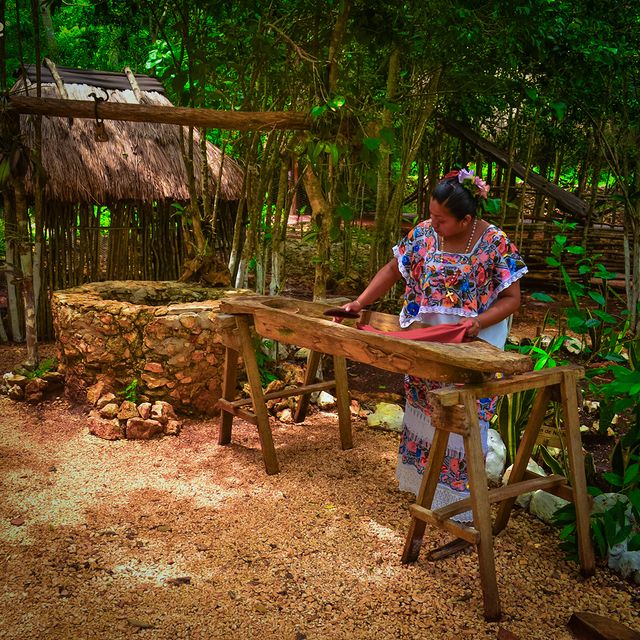 The Mayas also knew how to barbecue. Poc Chuc was made with peccaries or wild pigs, covered in a citrus marinade and cooked over hot coals. Today it is commonly served with rice, pickled onions, refried beans, and avocado; with which they elaborated their own varieties of salsa and guacamole.

The Xnipec or “dog snout” sauce is a type of ‘Pico de gallo made with habanero flakes making the nose as moist as a dog’s. Speaking of humidity, the Mayas also developed their own “soda” as they rarely drank plain water. Before the Spanish invasion, the Mayas drank jamaica water (ha-MY-ka) made from the flower of hibiscus, water and sugar. 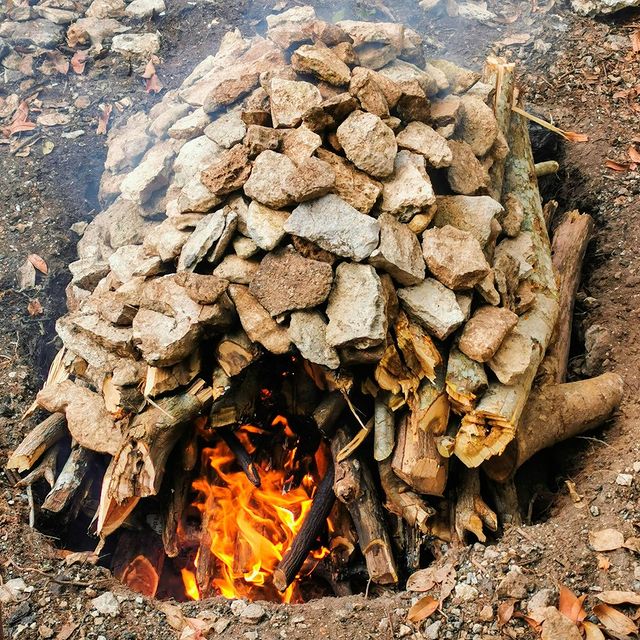 They also made the revered xocolatl from cocoa beans . Diego de Landa, the Spanish missionary blamed for the destrucion of the Maya Codex, arrived in the Yucatan, and came across the different types of beverages in the late 17th century; “From the land of corn and cocoa they make a sparkling drink with which they celebrate their festivals. They extract from cocoa a fat that looks like butter, and from it and corn they make another drink that is both tasty and highly valued.

Cocoa it was so divine to the Maya that the plant had its own patron god .

After the establishment of New Spain, the Maya cuisine began to change with the introduction of European ingredients . Spanish influences developed horchata and the widespread adoption of coffee drinks . Today, Mexicans and tourists alike can enjoy a high caliber cup of coffee anywhere in the country. Indeed, one can only wonder what the Mexican diet would be without the wonders of coffee and chocolate. 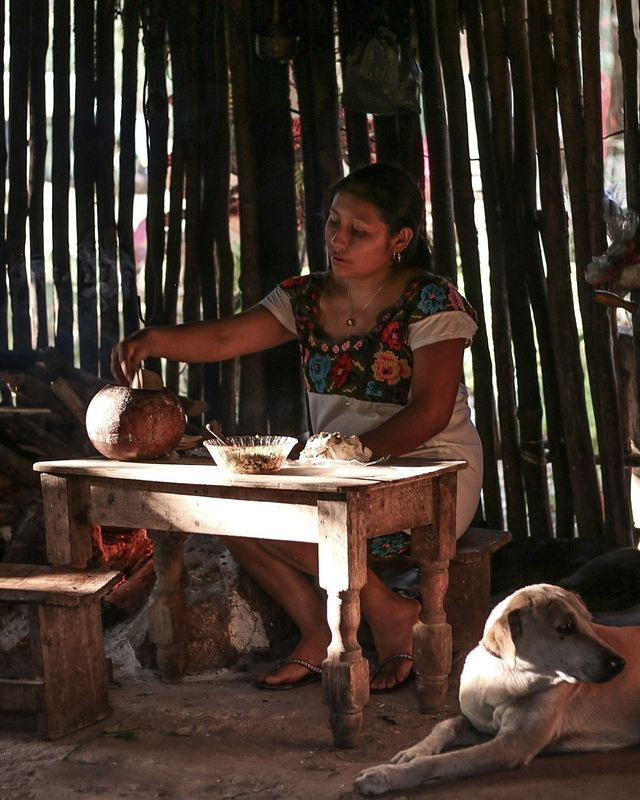 Many traditional breakfasts that can be found in Mexico are heavily influenced by the eating habits of the ancient Maya.

Breakfasts typically include scrambled eggs served with beans, white cheese, and plenty of tortillas kept warm in a cloth-lined basket. It’s no wonder the breakfast drink of choice is a piping hot cup of coffee made from locally grown, roasted beans.