Another Mexican journalist is murdered, and Lopez Obrador attacks the media

The next day after the fifth journalist was killed in Mexico in six weeks, Andrés Manuel López Obrador launched into another diatribe against the press.

(CDMX – TYT) — Mexican President Andrés Manuel López Obrador says his favorite sport is baseball. Actually, it is to denigrate journalists as biased, pretentious “sellouts” aligned with his “political enemies.” Usually, on his Wednesdays morning news conferences, he features a segment called “Who’s Who of Lies,” in which he names and shames reporters whom he accuses of peddling “fake news.”

On Friday, López Obrador escalated his war against the media. He revealed to the public the supposed salary details of famous investigative journalist Carlos Loret de Mola, who recently reported that one of the president’s sons has a lavish lifestyle at odds with the president’s austere image. 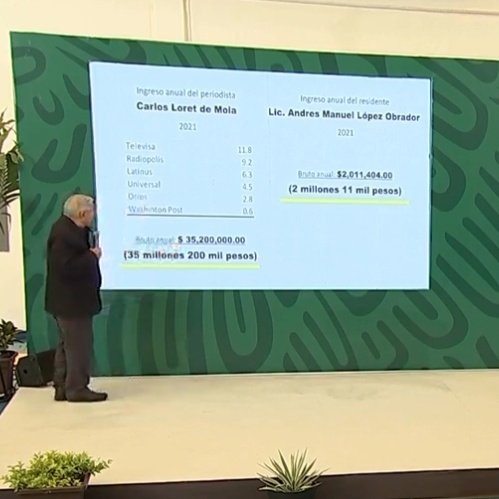 AMLO claims Loret de Mola makes around 1.6 million USD a year. “I mean he earns about 15 times more than me,” López Obrador said of journalist Carlos Loret de Mola. “You think it’s because he’s a highflying journalist, very intelligent, a very good writer? No, it’s because of his attacks.” (SIC)

The attack on the journalist provoked questions about where López Obrador got the salary information and whether he violated privacy laws. According to legal experts, publishing a person’s financial records without permission is a crime in Mexico.

The incident comes one day after another journalist was gunned down in Oaxaca, Mexico — the fifth so far this year — which sparks anger among press freedom advocates who said the president is not only failing to protect journalists but stoking violence against them. Heber López Vásquez, the director of RCP Noticias in Oaxaca, was shot to death when he returned to his house after work. He was 39.

The response to what happened was severe. A Twitter space called #TodosSomosLoret gathered thousands of participants from all political, cultural, media and business fields condemned the attack. 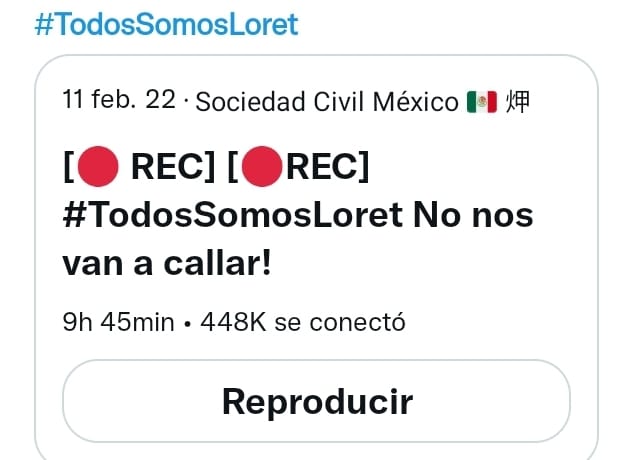 President Lopez Obrador is more alone every day. He tried to expose Loret and ended up exposing himself in full body. So intolerant, vindictive, inciting violence against a journalist. Loret de Mola, with his reports on the rampant corruption in this government and AMLO’s son, has the president on his knees and desperate. AMLO’s speech about “austerity and decency” has been shattered.