In Quintana Roo there are two people detained for the shooting that left two Canadians dead in an Xcaret hotel, Governor Carlos Joaquín González reported.

The state president clarified that the violent acts are not related to the state and “are apparently debts of international criminal groups.”

There is a hired person, lives in a different place, arrives on a flight and performs this action, executes these people and then escapes through the part of the jungle that is around the hotel, ” he said. 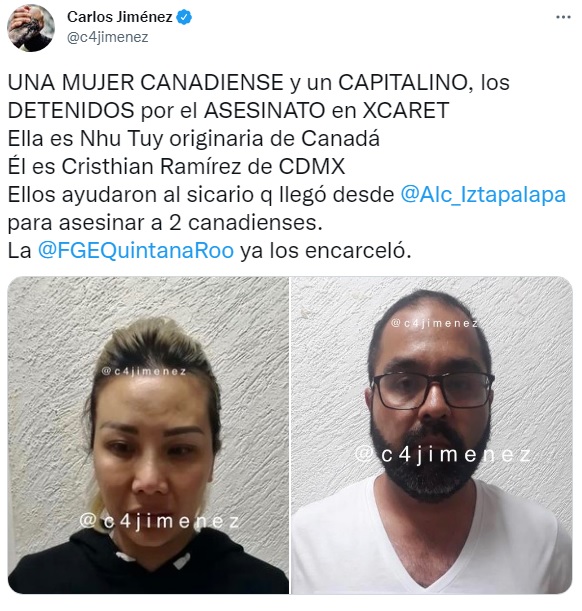 The governor pointed out that the investigations are advancing and that there is “a lot of data on the people who have yet to be arrested.”

The detainee is from Mexico City and the other is Canadian, some more people of both nationalities are being worked on, there are still some more to be detained but I do not have the exact number,” he reported.

Journalist Carlos Jiménez reported that the gunman who shot the Canadians and was captured on video is from Iztapalapa, in Mexico City, and is not among those arrested for the attack.