“The Walk of the Friars” a new tourist project in Valladolid, Yucatan

An event to get to know the beautiful city of Valladolid at night as well as to enjoy the video mapping show at the San Bernardino de Siena ex-convent.

(VALLADOLID, YUC. – VALLADOLID.GOB.MX).- In order to expand the tourist offer in the eastern region of Yucatan and to increase the arrival of national and international tourists to Valladolid, the local authorities developed a new product called “La Caminata de los Frailes”, which will take place on weekends and will seek to complement itself with the presentation of videomapping in the former convent of San Bernardino de Siena.

The new tourist attraction started on December 17 and works on Fridays and Saturdays of each week, at 8:00 p.m., on Calzada de los Frailes , with free access.

The municipal president of Valladolid, Alfredo Fernández Arceo, stressed that this project also seeks to rescue the history of the municipality, since the Calzada receives the name of the Friars, because it was precisely the only access from the Convent of San Bernardino de Siena so that they could go to the cathedral to hear the masses.

“What we did was carry out a very extensive investigation on the history of the Calzada and a representation of this Walk of the Friars is being made, which starts from the five streets towards the convent, in the Sisal neighborhood,” he said. 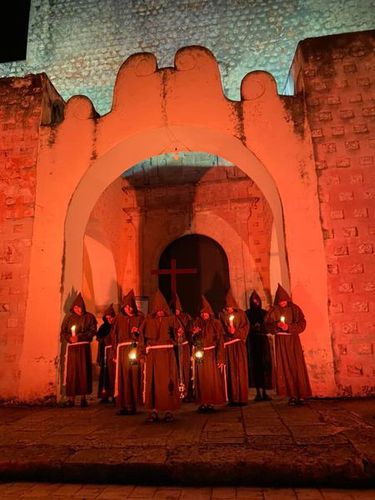 The mayor summarized that this tourist product was sought to be developed as a complement to the videomapping “Nights of my heroic Valladolid” , which began operating a few days ago, due to the fact that the projections remained suspended due to the past storms of October 2021, which four projectors burned.

However, thanks to the good coordination that exists with the Board of Trustees of the Units of Cultural and Tourist Services of the State of Yucatan (Cultur), at the end of December it was put into operation again and the arrival of visitors to the area will be increased. the city.

“We hope that when the friars arrive towards the Convent, they disperse and videomapping is launched; It is a new product that is offered on Fridays and Saturdays,” he said. 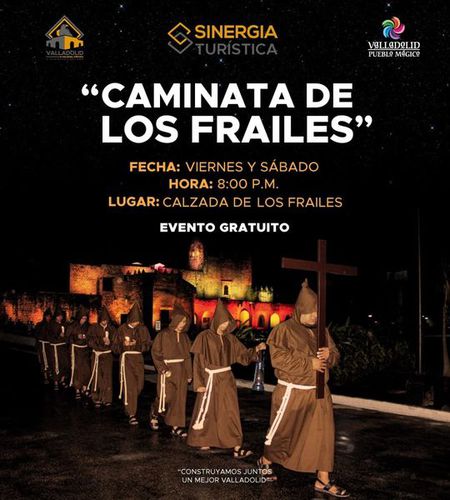 Image of a poster of the events. (Photo: eXpression Theater Group)