Progreso dogs are being sent to Canada thanks to generous, altruistic work at Ginger’s Jungle

An animal rescue initiative in Progreso has transcended borders and on Tuesday 25th, 10 puppies rescued in this port began their journey to Canada.

(PROGRESO, YUC. – ).- An animal rescue initiative in Progreso has transcended borders and on Tuesday, January 25th, 10 puppies rescued in this port by Tracy Ginger, at her rehabilitation center Ginger’s Jungle Rescue Restaurant, undertook their trip to Canada to meet their new family.

Ginger’s Jungle Rescue Restaurant has been operating for more than 2 and a half years in the Port of Progreso, and has helped more than 300 dogs of all ages to be sterilized and many of them have found homes in different parts of the world.

The effort is spearheaded by Tracey Ginger, from Alberta, Canada, who opened Ginger’s Jungle with funds donated primarily by the Progreso expat community, as well as herself.

The sanctuary-restaurant is located on Calle 21st by 46th in Progreso’s Ismael García neighborhood, and is open from Tuesday to Sunday from 10:00 am to 2:00 pm, according to its website. 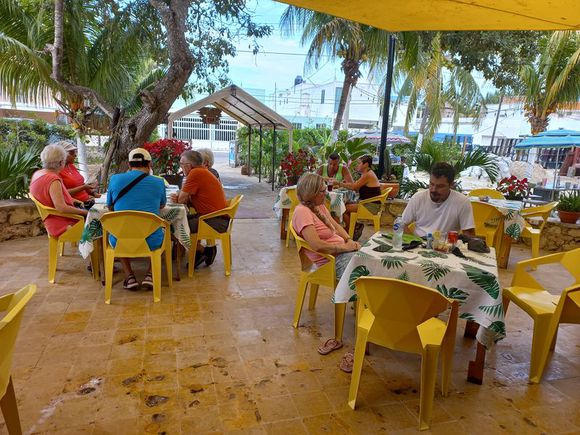 It also has a voluntary fee of $200 for dog sterilization.

On Tuesday, January 25th, when accompanying to say goodbye to the puppies, the head of the Environmental Education Unit of the Progreso City Council, María José Ongay, asserted that the massive sterilizations in the port will continue.

Likewise, she urged the community to be aware of the social networks of the Progreso City Council to find out about the next sterilization campaigns.