Passenger bus catches fire while on its way to Uman (Video)

Apparently a short circuit caused the fire in a passenger bus on the Merida-Uman route.

A bus on the Umán-Mérida route caught fire this morning on Itzaes Avenue, the second such incident in just over a week.

On that occasion it was reported that the bus was carrying 40 passengers, who alerted the driver of the fire which started in the rear of the bus.

In today’s case, the passenger vehicle was traveling on Itzaes Avenue, on its way to Umán, when at 71st Street there was a short circuit in the engine which caused the fire. It was not stated how many people were being transported, but none were injured. 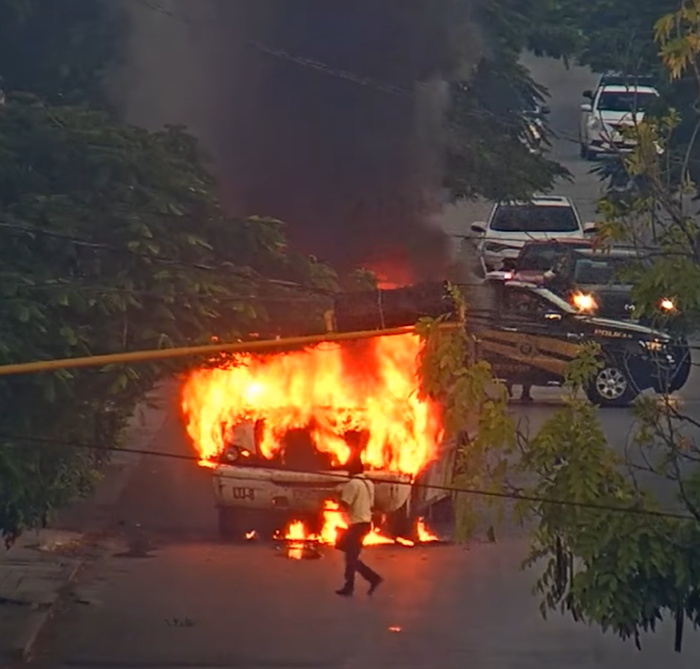 SSP firefighters extinguished the flames, although the bus was already completely consumed by the fire.

Experts from the same corporation took knowledge of the accident and would determine the damages to the public road that the bus company would have to cover.