(MERIDA, YUC. – TYT), January 21, 2022.- Due to the change of the state epidemiological traffic light – from Green to Yellow color – at least five massive events have been postponed in Mérida. These are added to almost a dozen patron saint festivities in Yucatecan municipalities that have been definitively canceled for this very reason.

One of the first production houses to announce the date change was Noise Producer, organizer of the Matute band concert, which pays homage to the music of the 80s. The concert was scheduled for next Friday, January 28.

“At the request of the Yucatan Ministry of Health (SSY) and due to the risks of contagion caused by this new wave of the virus, we must reschedule the concert,” reads a statement published through its social networks.

If sanitary conditions allow it, the event was rescheduled for Thursday, April 7 at the same venue: the Foro GNP Seguros, located on the Mérida-Progreso highway.

Another of the postponed concerts was that of the singer Raphael, scheduled for Saturday, January 29, in the auditorium of the La Isla shopping center, north of Mérida. The tour called Raphael 6.0 would include the Yucatecan capital and Cancun.

In this case, the producer Escena reported that the new dates for the presentation of the show would be announced shortly; and that the tickets purchased will be valid for the new itinerary of the Spanish musician.

For the same reasons, the return of the musical group Los Polinesios with its Jump World Tour multimedia show, which was planned for February 5, had to be rescheduled for April 30 of the current year.

The concerts have not been the only massive events that have seen the need to change their dates. The so-called “Corrida Blanca” (of bulls) and the function on the occasion of the 30th anniversary of the AAA World Wide (wrestling) also suffered the ravages of the pandemic.

In the case of a “hand in hand” meeting between the matadors Antonio Ferrera and Joselito Adame that would mark the 93rd anniversary of the Plaza de Toros Mérida on January 30, the Toros Yucatán company announced that it will be postponed until Saturday, February 19.

“The above due to high contagion of Covid-19. “Toros Yucatán Company”, following the guidelines of the SSY and taking care of the health of the fans and the people who collaborate in the company, has made that decision.

The sale of tickets for the bullfighting event continues at the Plaza Mérida box office from 10 a.m. to 7 p.m. Previously purchased tickets remain valid. 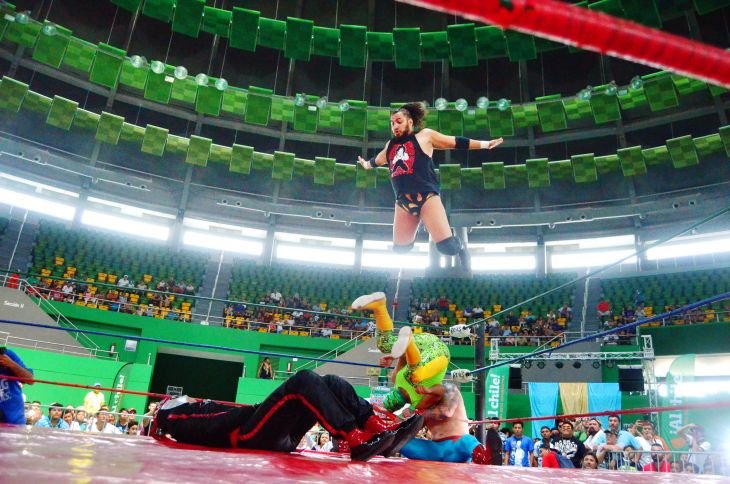 In relation to the wrestling show to celebrate the 30th anniversary of the AAA that would take place on Sunday, January 30 at 1:00 p.m., the production company Backstage reported that it will be tentatively postponed to March 2022.

There are still events that have not been officially rescheduled, such as the concerts by Mónica Naranjo -February 2- and Edwin Luna and Trakalosa de Monterrey -February 5-, in the auditorium of La Isla Mérida; and the Carlos Iturralde Stadium, respectively.