The C5I Yucatan Control Center will improve the coordination and prompt response of the state police, thus caring for families and preserving security in Yucatan.

(MERIDA, YUC., – YUCATAN STATE GOVERNMENT).- Governor Mauricio Vila Dosal, inaugurated this Monday 17th, the Center for Control, Command, Communications, Computing, Coordination and Intelligence (C5I Yucatan Control Center), in Mérida from where the entire video surveillance system will be controlled, which will go from 2,248 cameras to 6,775 and from 100 road arches to 219.

In addition to this, to continue fortifying security throughout the territory, Vila Dosal also granted 55 patrols to 18 municipalities in the interior of the state, which are added to the 329 vehicles already delivered to this administration to expand the vehicle fleet of its police forces. 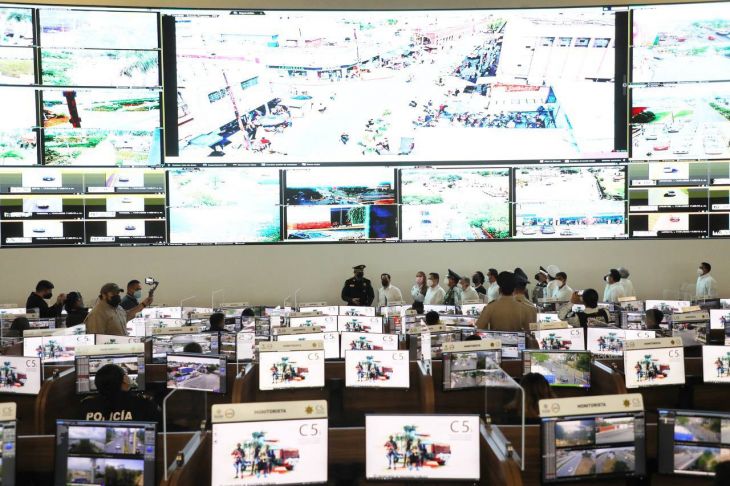 Vila Dosal highlighted the importance of continuing to invest in the matter. “You may think that things don’t happen here, but the reality is that we have a Police that is always prepared, because in Yucatan, we always have to be one step ahead of crime, because we are not exempt.”

He highlighted that through the Yucatán Seguro Program, security continues to be strengthened in all corners of the state, with the acquisition of video surveillance cameras, license plate reader arches on highways and neighborhood cameras, among other technologies. In addition to the units delivered to the municipalities this year, the SSP will be supported with new patrol cars, which are expected to be in the territory in July, due to the scarcity of electronic components in the automotive industry. 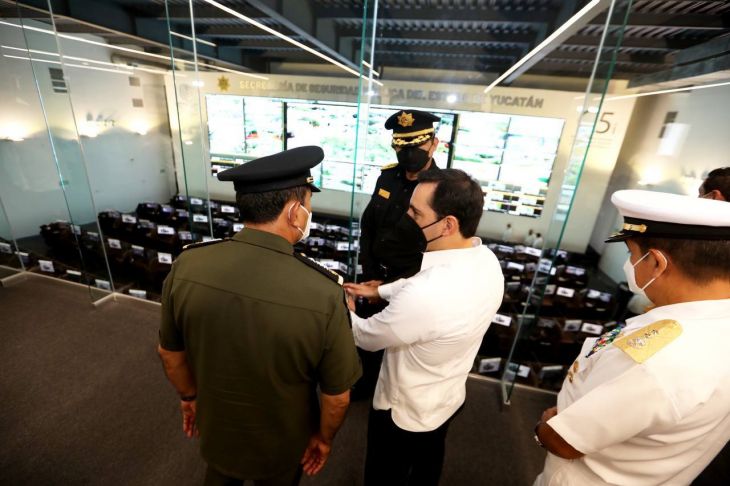 The head of the SSP, Luis Felipe Saidén Ojeda, pointed out that this new infrastructure will provide a better service to society and help preserve the environment of peace in the Yucatan, through state-of-the-art technology and an increase in trained personnel, to deal with emergencies and dispatch aid units.

The ground floor of the new C5I, is made up of lobbies, visitor areas, anonymous reporting, intelligence and services; emergency call and monitoring centers, with screens and a video wall in front; office for the head of the Monitoring and Intelligence Unit (Umipol), and audiovisual room, engine room, dining room, warehouses and restrooms. 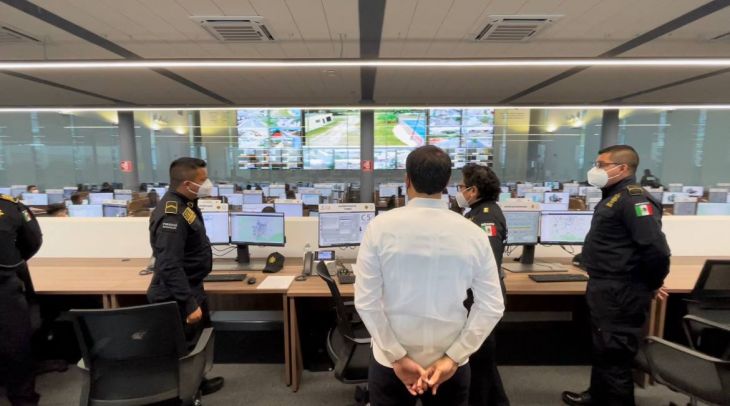 Meanwhile, the upper floor will have a lobby, crisis rooms for 82 people, audio and video, meetings and emotional control exercises area; a maintenance area for the video wall; separate bedrooms for men and women, as well as storage rooms, restrooms, lockers, showers and an emergency exit.

The call center has the capacity to hold up to 68 elements; the one for monitoring with screens will work with 101; in the anonymous complaint area, 7; in intelligence, 43; the audiovisual room will have space for 32 people, and the dining room will be able to receive up to 80.

With state-of-the-art technology, it is sought to achieve better coordination and a prompt response from the State Police, and through its logistics and collaboration services, effective attention will be given to public security incidents throughout the territory, becoming the direct link with the institutions of the branch that intervene in the state.