(MERIDA, YUC. – MERIDA CITY COUNCIL).- A great flavor prevailed among the dishes of the 11 teams that took part in the First Gastronomic Interpretation Contest held this Monday, January 17th, at the Mérida Fest 2022 “The City of Knowledge”. Culture authorities, from the CANIRAC Yucatan and the chefs who are members of the jury, announced this afternoon the winning teams and dishes. 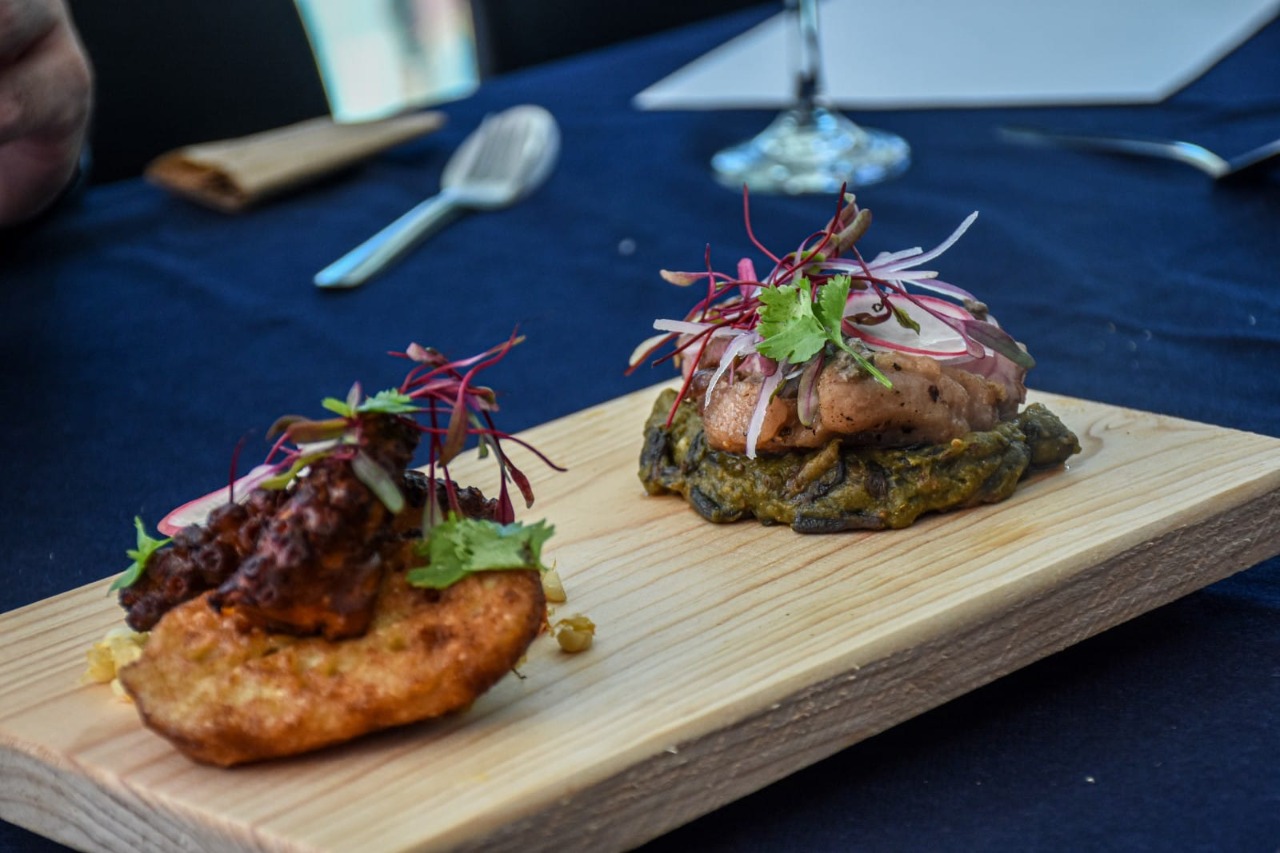 The “La Trova” (Traditional Yucatecan Restaurant) team, made up of Manuel Moo Bracamonte, Efrén de Jesús Villanueva and Jorge Carlos Sosa managed to get together and among the three chefs they agreed their points of view to create the winning dish: “Is Waaj Dzul”, a different presentation of the known papadzul that they made with a new dough, tortilla cooked on the griddle, with egg and freshly ground seed to make the papadzul paste. His second stew was “New Horoches”. 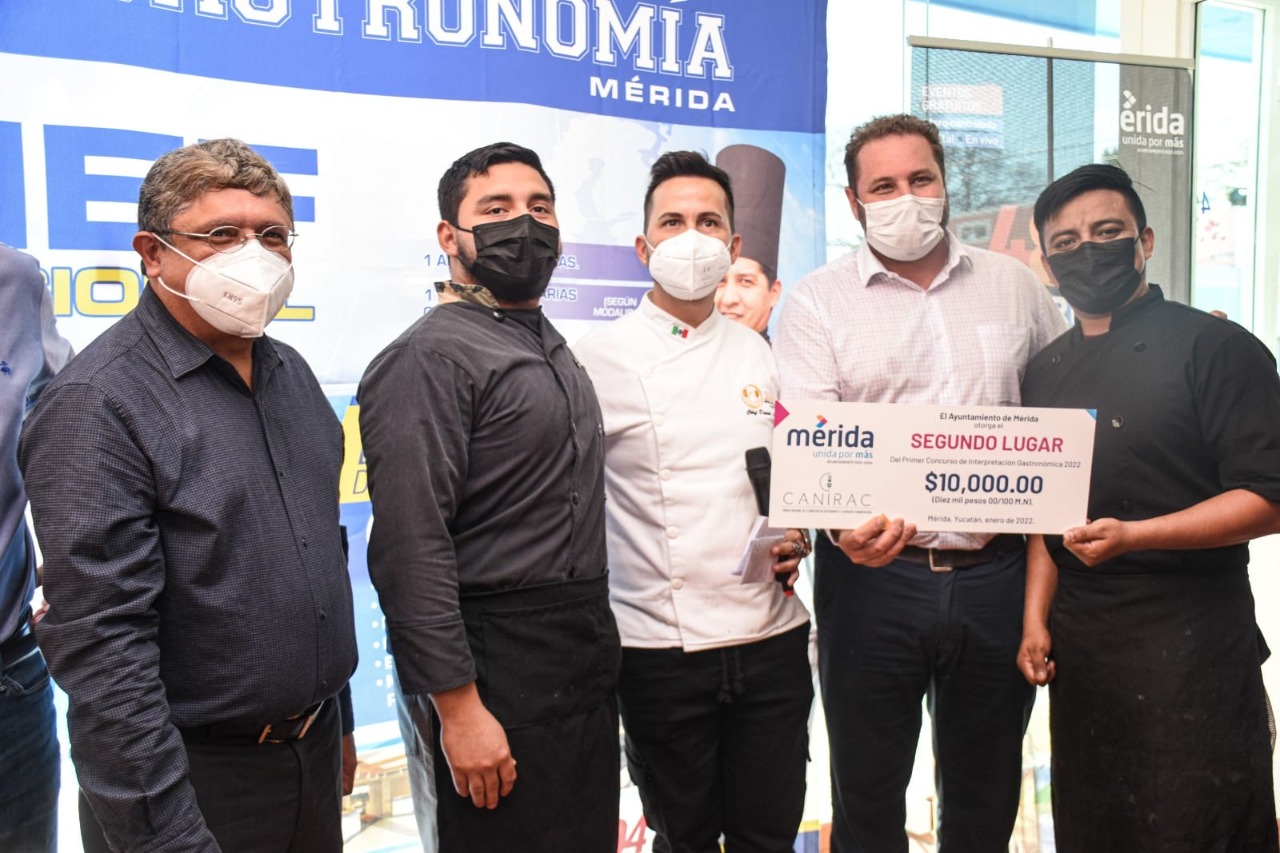 The second place was the “Kukulcán” team, made up of Pedro Antonio Campos Ku and Adolfo Rodrigo Echeverría, with their “Delirio Mar y Tierra” made with octopus and beef, and “Fusion de Frontera”, in which they took cultural elements from Colombia and Peru to prepare a bread with Dutch cheese and chaya. Both chefs, with several years of experience, believed that this type of meeting promotes gastronomic competitiveness and the opportunity to learn more dishes and improve the culinary techniques of those who are dedicated to this type of enterprise. 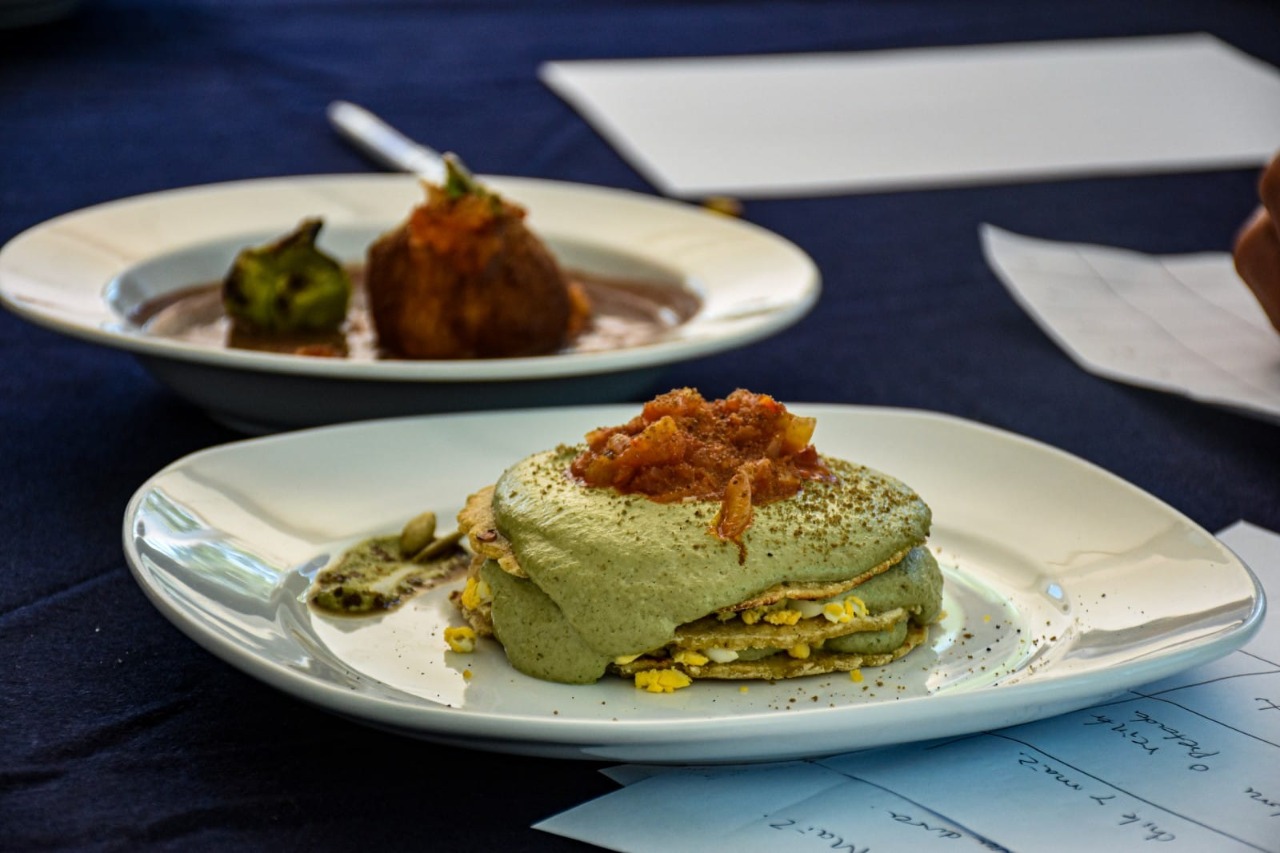 During the award ceremony, the Director of Culture Antrop. Irving Berlin Villafaña, highlighted that it is the first time that the Mérida City Council together with the CANIRAC Yucatán organize the contest. He recalled that at the Mérida Fest culture is worked on like the fine arts, as creative companies, in which creative undertakings appear, and as values ​​of coexistence. 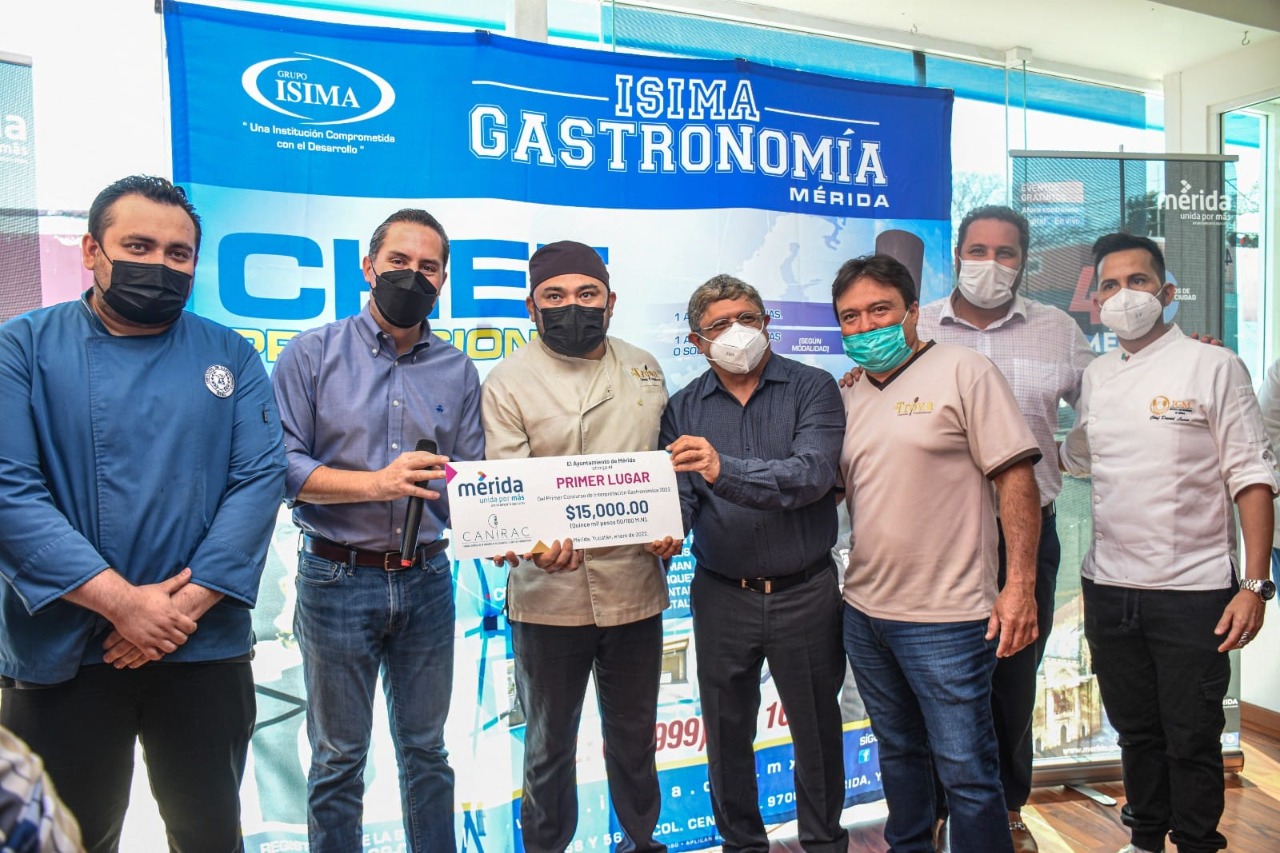 He also thanked the ISIMA Institute of Gastronomy directed by Lic. Jesús Miguel Santos Pinzón, for its support as a venue for gastronomic activities and the Directorate of Economic Development and Tourism, directed by Mtro. José Luis Rodríguez Semerena, for the impetus and promotion given to Mérida in the gastronomic field.

The president of CANIRAC Yucatán, Lic. Roberto G. Cantón highlighted the work of the Mérida City Council to spread traditions and gastronomy with this type of activity. “Gastromomy is something that moves, changes, transcends and evolves every day in the kitchen”.

Chef David Arturo Luna Maldonado, who together with Chef Gabriel Celis Torres served as jurors, stressed that it was a difficult decision to choose the winning dishes, since they all showed great flavor, so innovation, creativity and presentation. David Luna is a promoter of Mexican gastronomy and culture, he has taken his recipes to countries such as Argentina, Paraguay and the United States, making known the vast culinary tradition of Mexico. In turn, chef Gabriel Celis is a founding partner of the El Templo restaurant, has participated in various festivals and works equally as chef instructor and researcher.

In general, the chefs took into account five qualifying criteria for the participating dishes: the use of chili and corn, reinterpretation or innovation, techniques, presentation and flavor.

At www.merida.gob.mx/meridafest you can check the remaining activities of the festival, which will end next Sunday, January 23.