Elderly man dies inside his vehicle in Mérida’s Aleman neighborhood

(MÉRIDA, Yuc., -SSP) January 18, 2022.- An elderly man died inside his car while he was detained in front of the red light on Calle 35th with Colonias Circuit in the Alemán neighborhood .

When the traffic light change to green, he did not move, so the drivers that were behind began to complain, to sound their horns and to yell at the man. 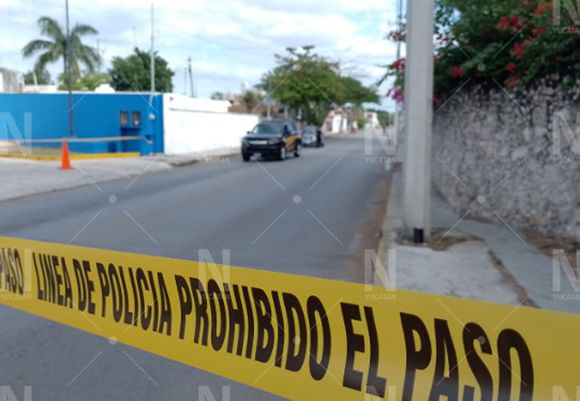 The area was cordoned off by SSP officers. (Sipse)

Some got out of their cars and approached to see what was happening, and they noticed that the motorist of the gray car ws unconcious and did not react, so they immediately called the emergency number 911 and began, carefully, to move around the car.

When paramedics and agents from the Ministry of Public Security (SSP) arrived, it was verified that the man was dead, to everyone’s surprise, so the area was secured, Forensics experts intervention was requested, and the body was taken to the SEMEFO facilities.