Environmentalists lament that concrete works are privileged over the environmental balance.

(CANCUN, Q. ROO. – TYT).- Heavy machinery destroyed part of the vegetation and modified the soil in the vicinity of the well-known Cenote de la 97 , located between Chac Mool and Chichén Itzá avenues, in Cancún.

It is an urban cenote, one of the few that remain in the city, although its environmental conditions have been bad for several years, due to the constant garbage disposal.

The works are part of the remodeling of the median for the fitting out of the Parque de la Equidad.

Gonzalo Merediz Alonso, executive director of Amigos de Sian Ka’an, was dissatisfied with the change in soil conditions and the felling of vegetation in the area.

“A great project is being carried out with this Parque de la Equidad, giving life to all those ridges so that people can use them, it is very important, but it seems to me that the environmental part is being neglected, the great tracks of concrete on the trees”. 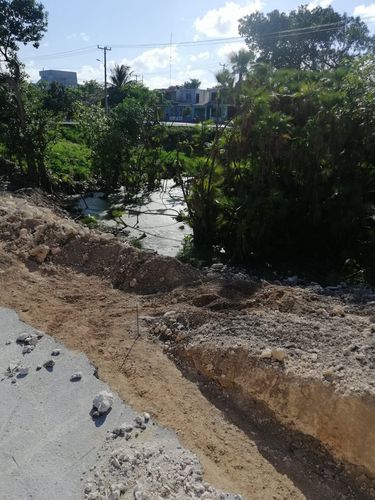 They destroy one of the few urban cenotes in Cancun. (Photos: Courtesy)

He recalled that for some time it had been proposed that this cenote not be destroyed or the vegetation removed .

“They are not good practices for the management of cenotes, the cenotes must be kept clean, with their structure, with their vegetation.”

He added that this cenote was an opportunity to have a space for environmental education within the urban area of ​​Cancun and within the Parque de la Equidad.

“There was a lot of opportunity in that cenote, the last thing you had to do was destroy it.”

For the director of ‘Sian Ka’an Amigos’, the construction of the Parque de la Equidad must go beyond engineering issues, as he stated, it must be “something more comprehensive”, that contemplates all the environmental and social variants. 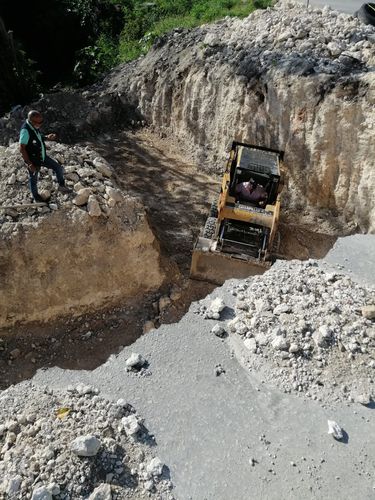 They destroy one of the few urban cenotes in Cancun. (Photos: Courtesy)

He said that although the city ​​council has made a good effort in cleaning up up urban cenotes, better practices are required from the population for the program to work.