Raúl Monforte González, leader of the CMIC in Yucatán, anticipates that they will give their members tools to grow in the face of challenges.

(MERIDA, YUC. – CMIC).- The new president of the Mexican Chamber of the Construction Industry ( CMIC ) Yucatan delegation, Raúl Asís Monforte González, announced that all those associated with that business body will be given the necessary tools to grow in a scenario in which the Covid-19 pandemic is still latent and in a very high wave of infections by Omicron.

Defined as an enterprising family man since his student days, Monforte González has more than 30 years of experience in the construction sector, in which he entered since he was in the Civil Engineering degree at the Autonomous University of Yucatán (UADY).

Monforte González recalled that he has been working in the construction sector for more than 30 years and that since the sixth semester of the Civil Engineering degree he had already been working providing construction services for family and friends. 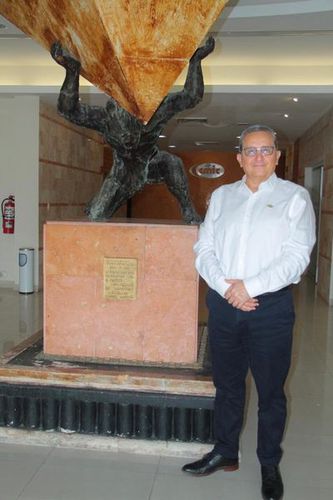 “In the year I graduated from my degree, in 1989, at that time I formally created my first company and began to work formally in the construction industry; We are talking about more than 32 years of working in the sector, when we started doing public and private works”, he pointed out.

He highlighted that for 1996 he started with the other brand that is “Intelligent Irrigation”, in which he sought to explore a broad market that was not being exploited in the Yucatan Peninsula.

Raúl Monforte also highlighted that for 2010 he starts with the issue of solar panels, a company that also set precedents in Yucatan, being one of the first to start selling photocells for homes and businesses.

The leader of the CMIC also urged all the members of that business chamber to approach the institution and to trust in the work that the new directive will carry out: “the message to the members is that they come closer, that they trust in the work that the new steering committee will carry out, that they believe in us. Together we are going to make a united and strong chamber that can respond to the challenges that are presented to us, now and in the future”.