Veracruz authorities managed to rescue 334 migrants who were traveling crammed into a cargo truck’s trailer, while driving on federal highway 180 near the community of Arbolillo, in Alvarado, Veracruz.

(VERACRUZ – INM), January 20, 2022.- Agents of the Veracruz Public Security Secretariat rescued 334 migrants who were traveling crowded in a trailer , while it was traveling on federal highway 180 near the community of Arbolillo, in Alvarado, Veracruz.

Inside the unit, the driver of the vehicle was also rescued, who had been deprived of his freedom by armed individuals to gain control of the trailer.

The unit of the company with the name “Potosino” was protected during its journey by two vans with armed people , however, realizing the presence of the police, they fled and could not catch up with them. 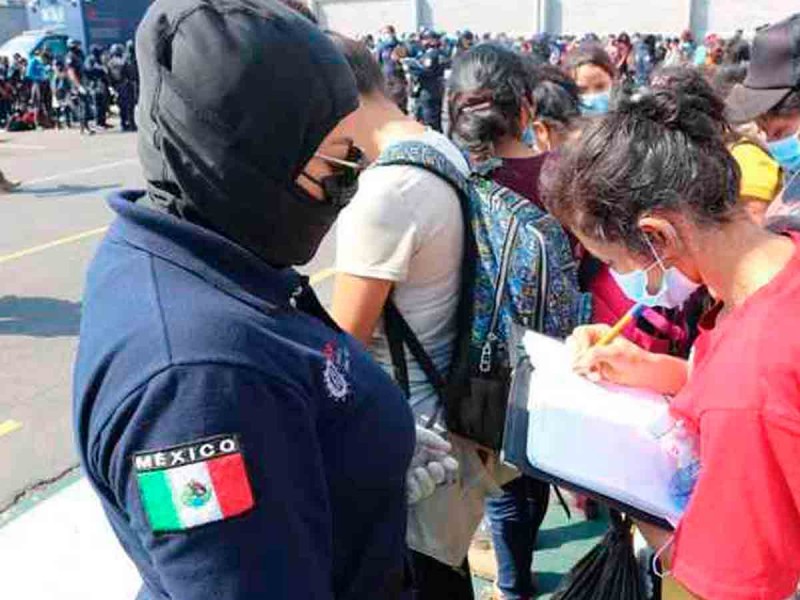 The unit of the company with the trade name “Potosino” was protected during its journey by two vans with armed men. (Photo: Special)

When verifying the details of the trailer, the  SSP officers realized that it had a report of theft.

When they managed to free the driver, he stated that once they took him out of the unit and subdued him, they forced him to drive to a vacant lot, where they tied his hands and feet, blindfolding him; later they told him that he had to drive the unit again.

The 334 Central American migrants were transferred in the same trailer to the facilities of the C5 Control and Command Center located in Boca del Río, Veracruz, where they were placed at the disposal of the National Migration Institute (IMN).