The Biden administration will restart a controversial Trump-era border program that forces asylum seekers to wait in Mexico for U.S. immigration hearings, in keeping with a federal court order, U.S. and Mexican officials said on Thursday.

President Joe Biden, a Democrat, has struggled in his first year in office to reverse many hardline immigration policies put in place by his Republican predecessor Donald Trump and at the same time is facing a record number of migrant arrests at the U.S.-Mexico border.

Biden ended the Trump policy known as the Migrant Protection Protocols (MPP) soon after his inauguration in January as part of a promise to implement what he called a more humane approach to immigration. But a federal judge ruled Biden’s rescission did not follow proper procedure and in August ordered the policy’s reinstatement. The U.S. government said it had to wait for Mexico’s agreement before restarting MPP.

“The United States accepted all the conditions that we set out,” said one Mexican official. 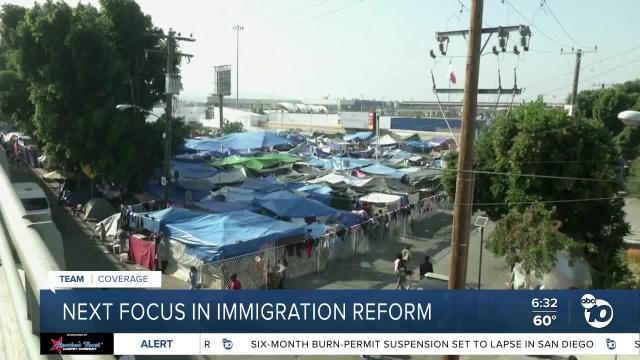 What border reopening could mean for asylum seekers

The reopening of the U.S.-Mexico border to non-essential travel has some migrant advocates raising questions regarding the impact on those seeking asylum.

The United States will take steps to address Mexico’s humanitarian concerns about the program, the U.S. and Mexican officials said, including offering COVID-19 vaccines to returning migrants and exempting more categories of people deemed vulnerable.

Migrants also will be asked if they have a fear of persecution or torture in Mexico before being enrolled in the program and have access to legal representation, U.S. officials said during a call with reporters on Thursday.

Any migrant from the Western Hemisphere could be placed in the reworked MPP program, one of the U.S. officials said. The number of Haitians and Venezuelans caught at the U.S.-Mexico border has jumped in the past year, adding to large numbers of Mexican and Central American crossers.