Obama says Haitian migrants’ plight is ‘heartbreaking,’ but does Biden know the system is broken?

Former President Barack Obama believes the migrant crisis at the border in Del Rio, Texas, is “heartbreaking” and thinks comprehensive immigration reform is needed to fix “a system that, overall, is dysfunctional.”

“It’s no secret that we don’t have that. It’s the reason I proposed comprehensive immigration reform. It’s the reason Joe Biden proposed it during his administration, and it’s something that is long overdue,” Obama told “Good Morning America” co-anchor Robin Roberts in an exclusive interview that aired Tuesday morning.

As a candidate, Biden vowed to work with Democrats and Republicans to reach common ground on comprehensive immigration reform — efforts that have stalled in Congress for two decades. 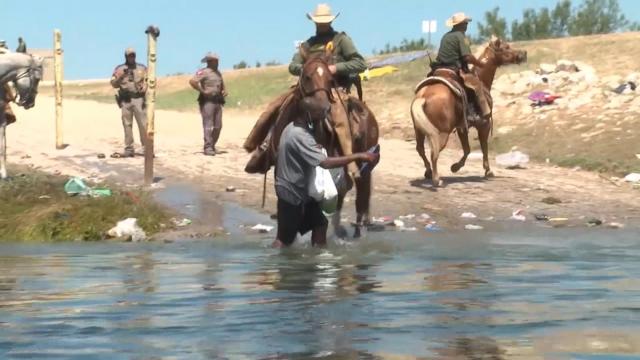 Obama said that the crisis in Del Rio “is a painful reminder that we don’t have this right yet and we’ve got more work to do.”

“As big-hearted as he is, nobody understands that better than Joe Biden,” Obama added. “And the question is now: Are we gonna get serious about dealing with this problem in a systemic way, as opposed to these one-offs where we’re constantly reacting to emergencies? And I think that that’s something that every American should wanna put an end to.”

Biden vowed to implement a more humane approach to immigration than his predecessor, President Donald Trump, but now Biden is under fire from members of his own party over his administration’s handling of the migrant surge at the border in Del Rio.

At the center of the criticism from Democrats is the Biden administration’s use of a Trump-era public health order to rapidly expel thousands of those migrants, mostly Haitian nationals, without giving them a chance to apply for asylum within the United States — a move that violates U.S. asylum law, according to advocates challenging it in court.