Washed Ashore – A Creative Organization Fighting For the Ocean

While strolling along one of Oregon’s many stunning beaches in 2007, Angela Haseltine Pozzi was reflecting on how to start a new life after the sudden death of her husband. She believed the tranquility of the ocean could revive her. But, her mind suddenly turned from meditative thoughts during her coastal strolls to those of concern. Why was all this plastic scattered along the sand? As she would later say, “I decided to come to the ocean to heal, but I instead found an ocean that needed healing.”

The ocean covers over 70% of the Earth and over time has become the world’s trash deposit. Whether it be heavy metals, fertilizers, sewage, industrial waste or – the one everyone knows about today – plastic, there is little which has not been discarded in this unique alternative world we know so little about.

While these vast waters have been victim to litter and contamination for centuries, it wasn’t until the 1970s that the problem increased. With the rise of commercialism, synthetic chemicals, and single-use products, thousands of pounds of plastics, heavy metals, fertilizers, and sewage started to be dumped because there was no other location for it to be discarded in. 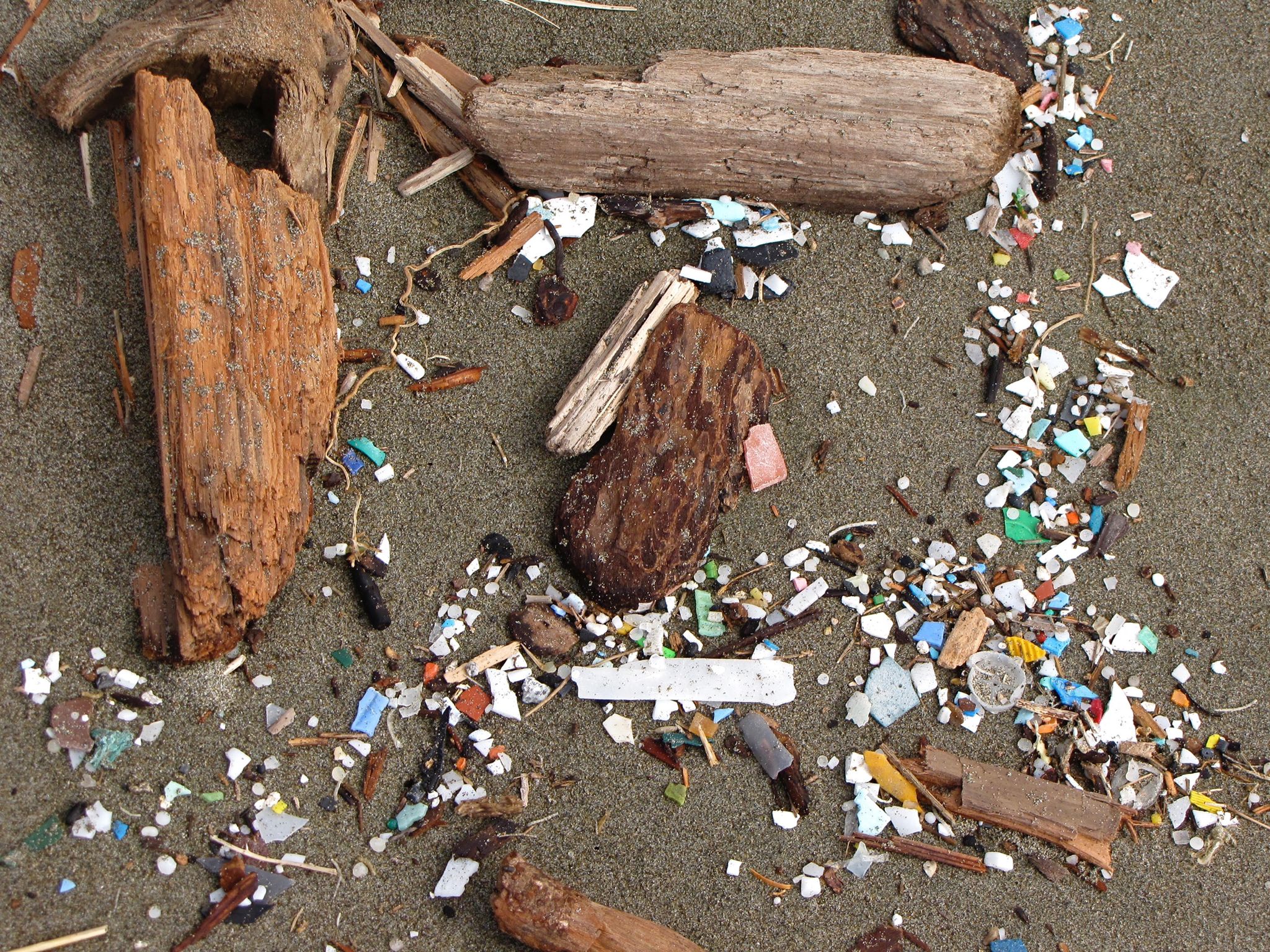 Marine pollution continues to be a problem but its scale means that it is difficult to really comprehend. To creatively highlight this growing issue, Pozzi created Washed Ashore in 2010 – an exhibit that fabricates stunning works of art out of nothing more than trash found in coastal settings around the United States’s West Coast.

She decided that public art was the best way to bring awareness to this serious problem. As someone who previously worked in the art industry, she knew the best way to display the pieces wasn’t necessarily in galleries, but general areas – “I decided that we needed to use art as a tool to change and be able to reach people of all kinds, ages, and socio-economic groups. I needed to do public art on a massive scale to make a true difference. Therefore, I decided to create a traveling exhibit for zoos, aquariums, botanical gardens, nature centers, towns, as well as museums.”

The exhibits feature numerous types of marine life sculpted out of things like tires, bottles, shoes, and lighters. While the majority of the debris is water bottles and bottle caps, after the 2011 Japanese tsunami, Pozzi and her team uncovered an excessive amount of other startling items, like license plates and boat fragments, washing up the coast that were swept away during this natural disaster. In fact, since 2010, the Washed Ashore crew has cleaned up over 30 tons of garbage with the help of thousands of volunteers – all of which was turned into 85 massive art pieces. 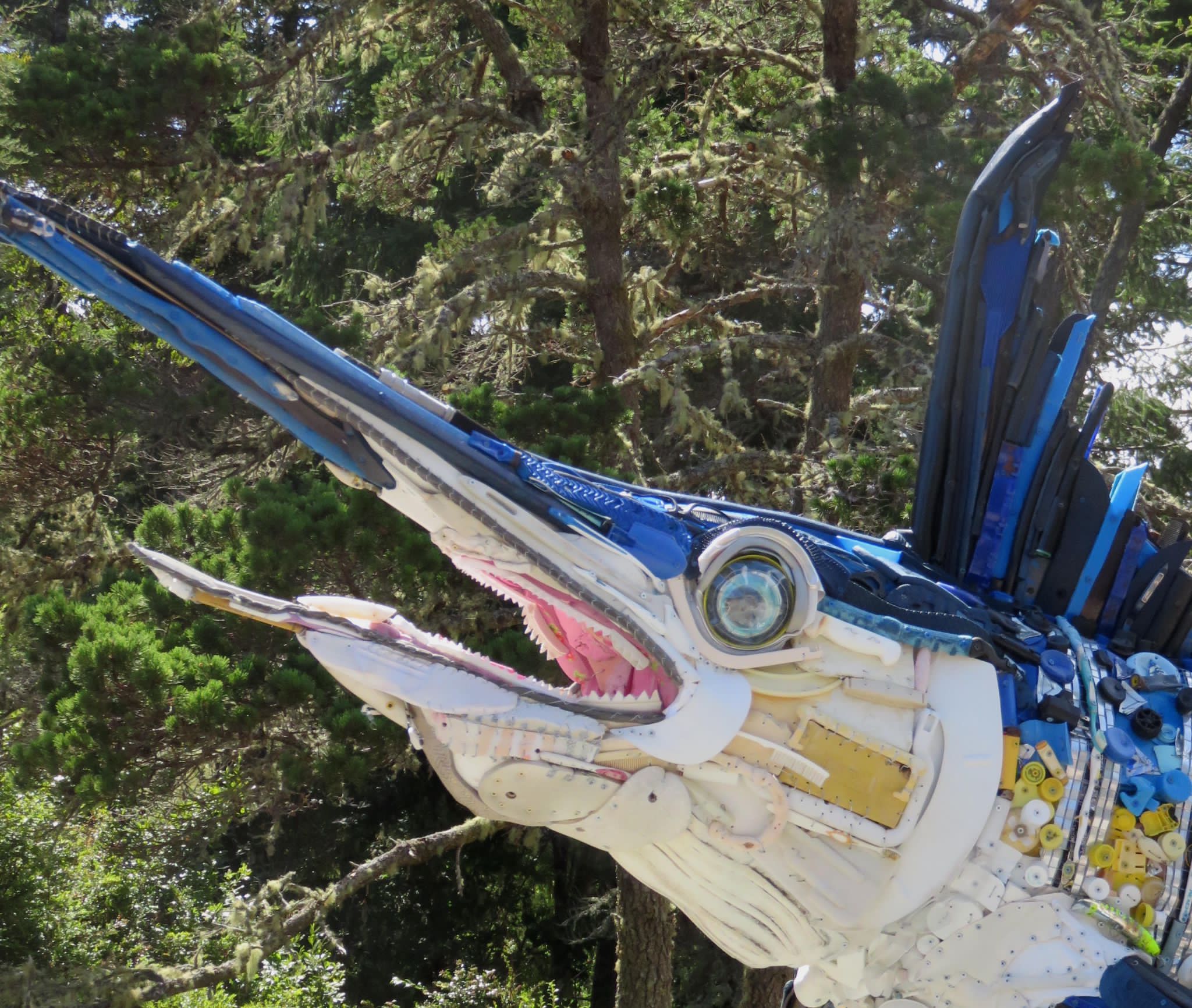 Once collected and sorted through, the debris is sculpted into marine animals that are directly affected by this issue, all of which are given a name. Some of its animal ambassadors you’ll meet include Sebastian James the Puffin, Herman the Sea Turtle, Lidia the Seal, Octavia the Octopus, and Flash the Marlin.

While Pozzi loves every sculpture she constructs, the two she has the closest bond to are Octavia the Octopus and Stella the Seahorse – “It was a big challenge years ago to make my favorite ocean creature, an octopus. I was intent on making it as if she was moving and interacting with her environment. I made each arm do something different to show the intelligence of this amazing species.” As for Stella, “She’s a real favorite. She has a regal coronet of household objects on her head and has an endearing expression.”

Pozzi has seen first-hand the dramatic changes these sculptures have on observers. She has viewed people crying and initiating strong discussions with guides about how they can do better at helping marine life and the ocean. These educational pieces are clearly making a difference in how people perceive this problem and reconsider the things that they buy. 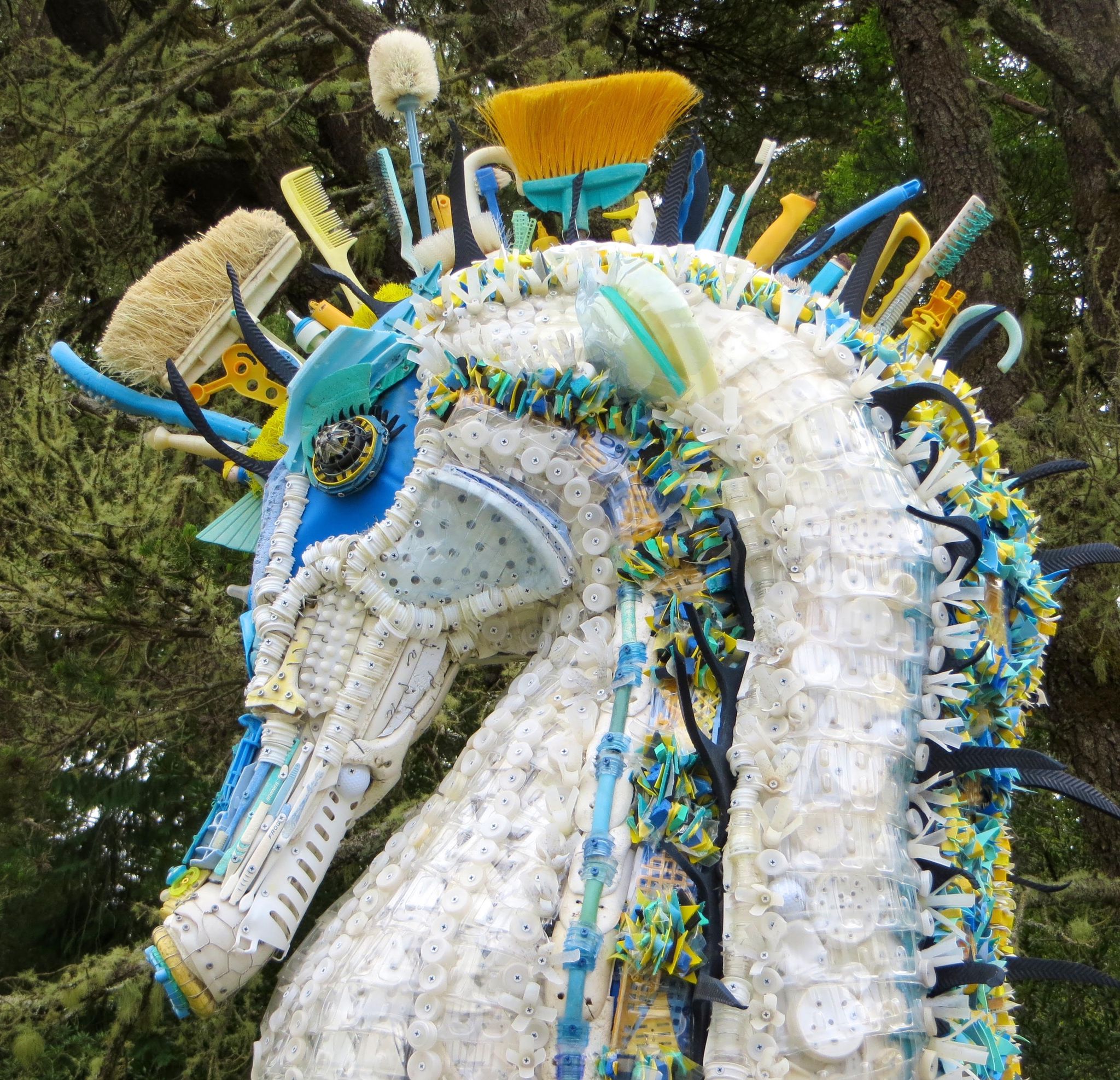 Throughout the year, the plastic animal representatives travel to various locations across the U.S. to reach as many people as possible. This has helped the non-profit organization live up to its mission of building and showcasing striking art to help others learn more about the dangers of plastic pollution and how they can make positive changes to eradicate it.

If you’re interested in assisting Washed Ashore, there are plenty of ways you can do so. For those in Southern Oregon, the team welcomes volunteers who’d like to help with scouring the sand for trash or assisting with creating piecework that will later be used by the organization’s artists. For those unable to travel, consider cleaning up your own beaches, donating to the cause, or showcasing its documentary Washed Ashore: Art to Save the Sea. 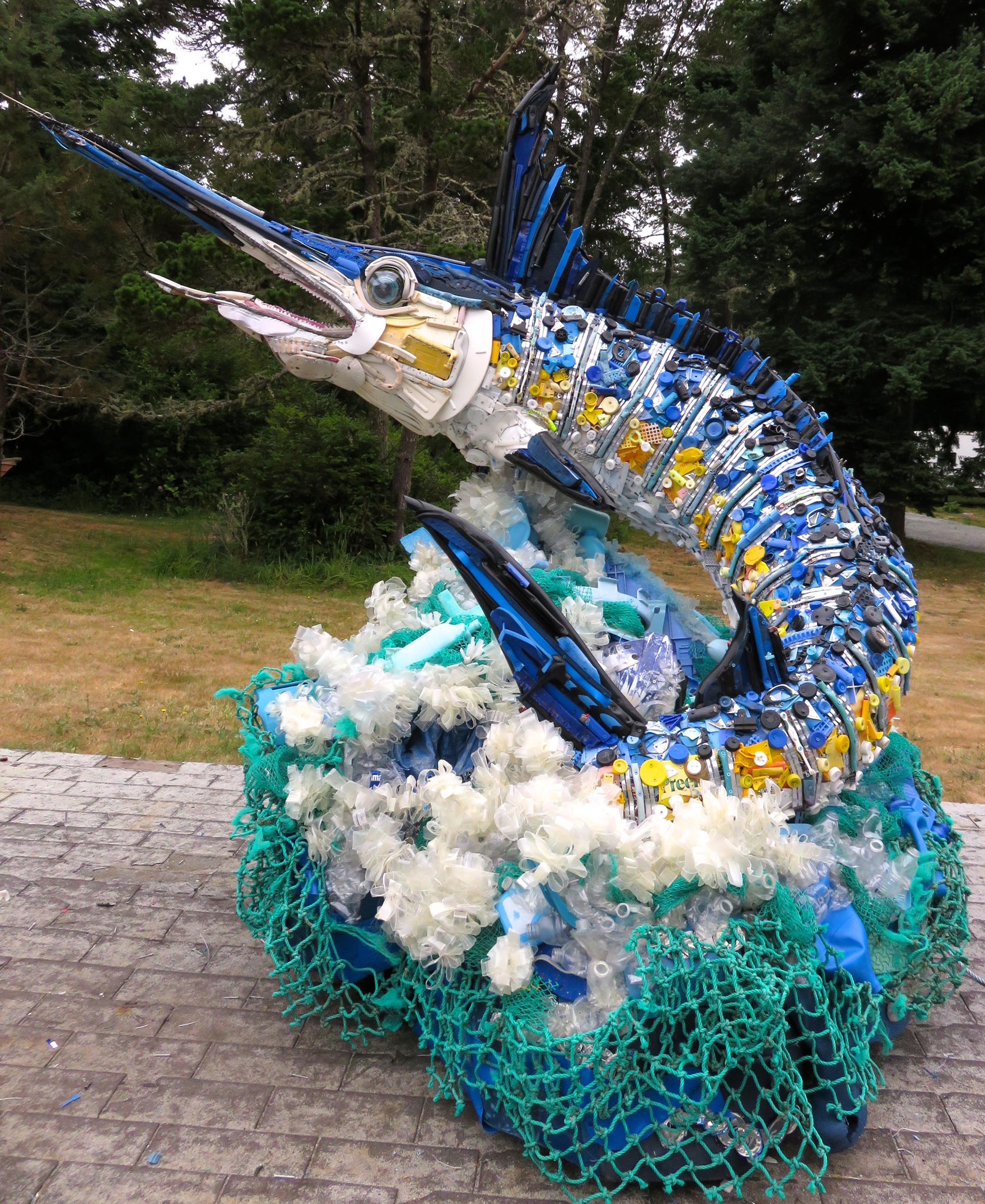 While more still needs to be done, innovative pursuits like Washed Ashore can help everyone learn more about the seriousness of ocean pollution and inspire us to be better stewards of our waterways.