It’s something of a modern truism that diet has a major impact on our environment. Eating less meat and dairy is a well-known starting point towards enacting change but shifting our view towards a greener future does not only mean cutting down, it can also be about (re-)discovering new and amazing foods, thus opening up a whole new world of dishes – making cooking and eating a lot more fun and fulfilling.

So, next time you are in search of inspiration on what to eat, maybe give one of these four surprising and sustainable foods a try.

Nori
Thanks to Sushi, eating seaweed is nothing odd or unusual. But you might want to consider the Nori alga as more than just a wrapping for rice and fish – it has a lot more to offer! 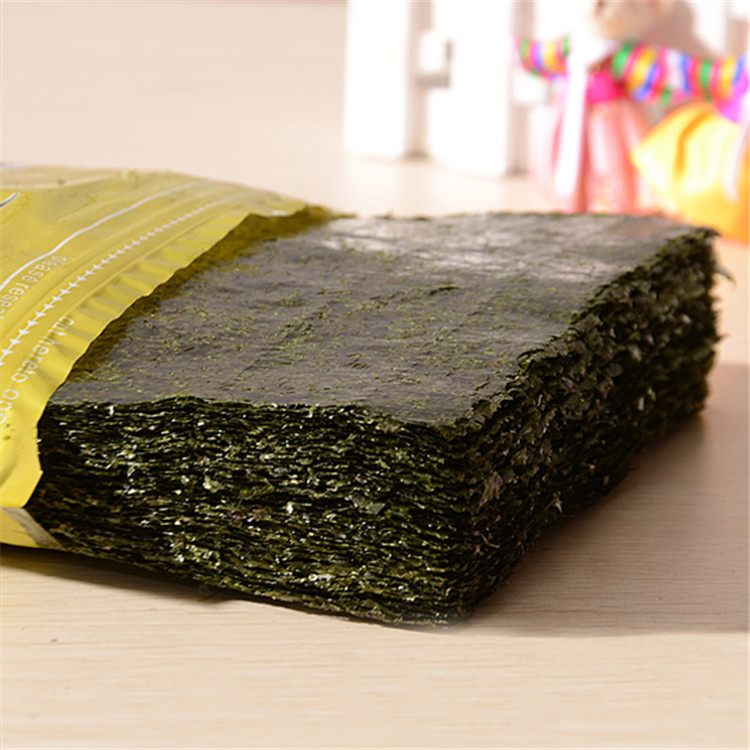 Calling Nori nutritious is an understatement: not only is it rich in vitamin C, but it also contains chlorophyll and has up to ten times more calcium than milk. Additionally, it has detoxifying qualities and is an extraordinary source of iodine – a mineral in which many of us are deficient, resulting in fatigue and weight gain. Up to half of its dry weight is pure protein, containing the much-loved omega 3 fatty acids – like those in fish!

And that’s not all: Seaweed farming is not only ecologically sustainable, but even beneficial. No competition for land space, no need for fertilizers or pesticides but instead producers of oxygen, algae remove the ocean’s CO2 and can even filter seawater.

So, seaweed for dinner? Though often maligned, this versatile and surprisingly tasty food is an excellent accompaniment to a wide array of dishes. Try a crispy Nori snack or sprinkle it on top of your dinner. Or use it for a salad dressing with this recipe.

Teff
The next Quinoa? While Teff is quite new to Western cuisine, it’s probably one of the most ancient grains existing: It has been an integral part of not only the Ethiopian diet but also its culture for thousands of years. 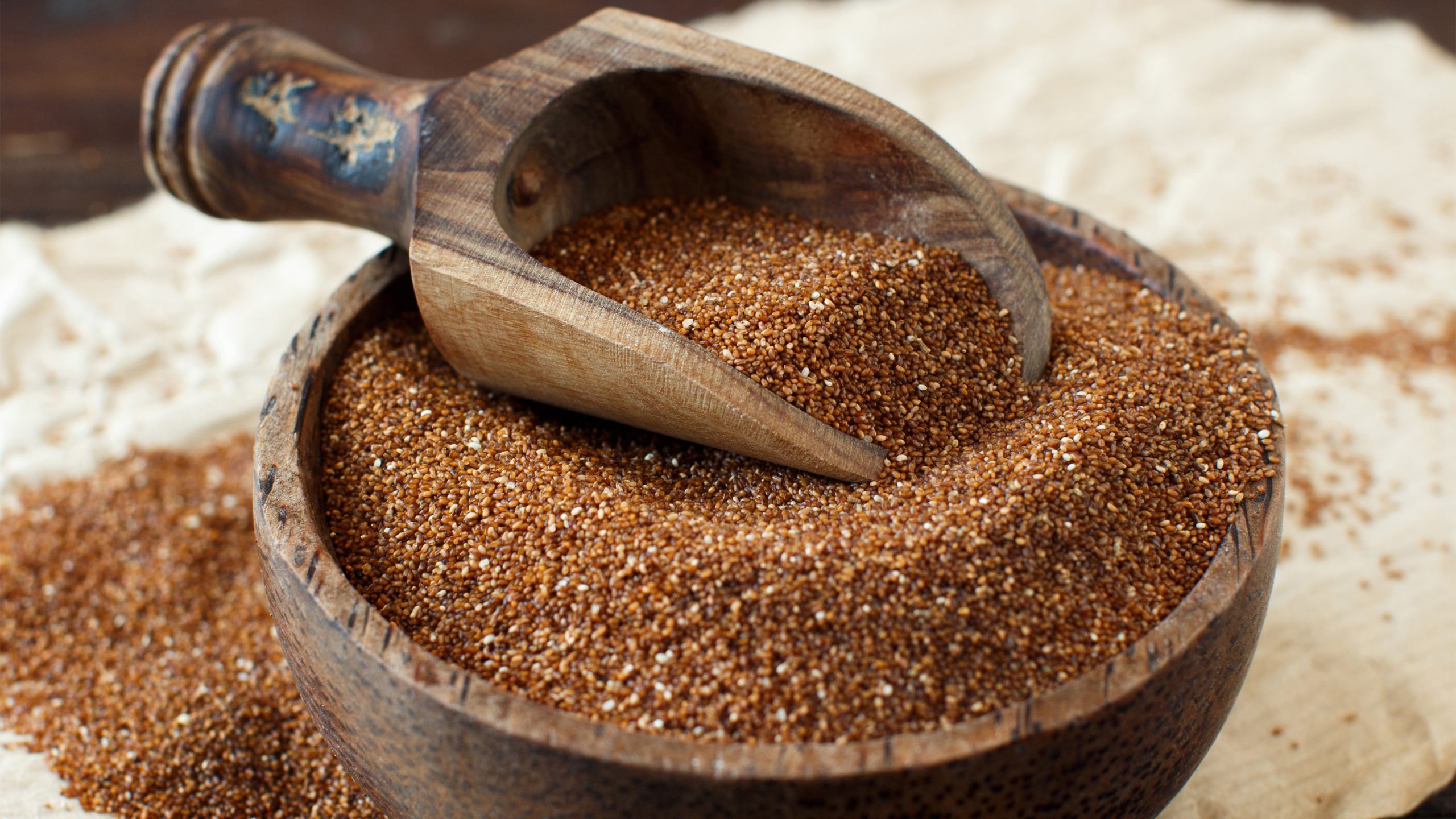 Often referred to as a “rescue crop”, the tiny grain can grow in very poor conditions and even survive drought or flooding. And there’s even more: A new study says that Teff could help low-income areas of Africa with nutrient deficiency, contributing to the Sustainable Development Goals of the UN. Teff contains all essential amino acids, is high in fiber and naturally gluten free, making it an interesting alternative to wheat. Being a good source of iron and magnesium, it can balance hormones, promote digestive health and lead to higher energy and a healthy heart.

And it is hugely tasty: Its mild, nutty flavour suits a wide array of sweet and savoury dishes, ranging from pancakes to salads. It can also substitute quinoa or oats, like in this Apple Pie Teff Porridge.

Mung Beans
Beans are widely recognized as a sustainable source of protein. But have you ever heard of Mung Beans? 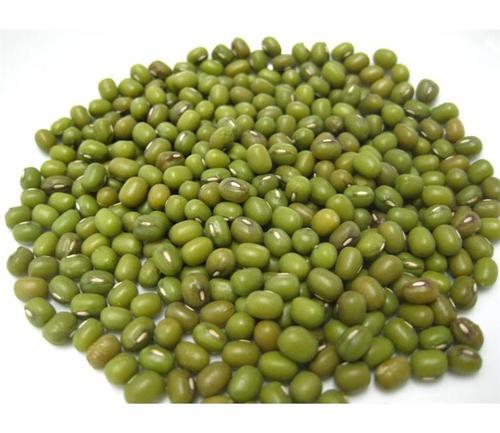 These green, slightly sweet legumes are well-known in the Ayurvedic kitchen, originating in India. Absorbing flavors of other spices and herbs, they are not only used for curries or soups but also for sweet dishes such as puddings.

And they come with many other benefits: Mung Beans are high in protein and nutrients, containing a large number of vitamins, minerals as well as antioxidants. These might help to protect your heart, lower blood pressure, boost immunity and ease PMS.

Another big plus: they are called “gas-free beans” – for reasons which don’t need explaining! Ayurveda considers them as the queen of legumes, as they are beneficial for all body types and are even said to bring peace to the mind.

On top, Mung Beans are not only known for their low carbon footprint but also their sustainable production. They can tolerate dryland conditions and absorb nitrogen, even improving soil quality.

Already convinced to give these versatile beans a try? Go for a traditional Kitchari or these savoury Mung Bean Pancakes.

Insects such as Mealworms and Crickets
Beans, grains, alga… fine. But insects?! Probably not the first food to come to mind, consuming insects is actually quite popular in several countries such as Mexico or Thailand – for multiple good reasons! 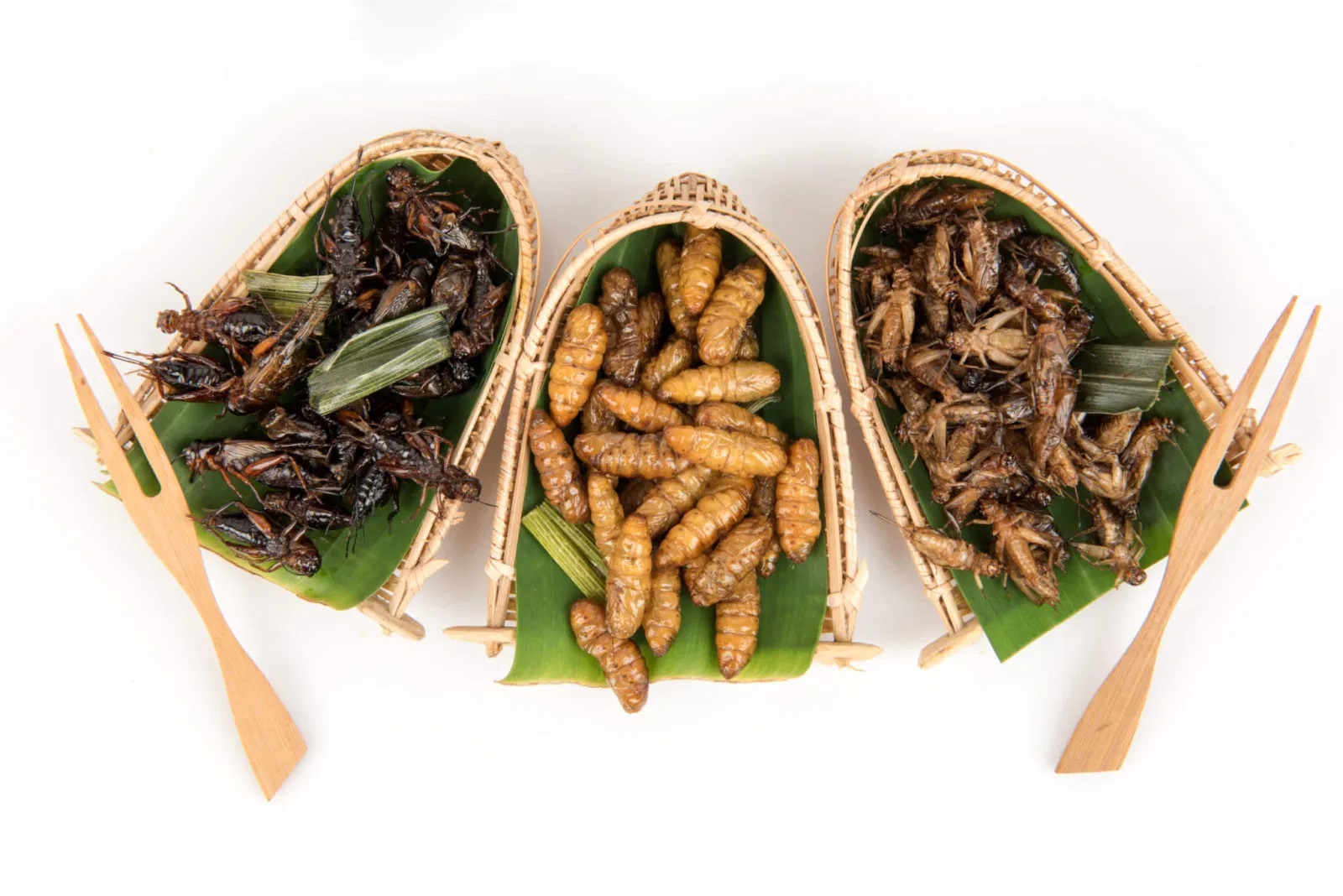 In fact, Insects are a real “superfood”. Depending on the kind, they can consist of 60 – 70% of high quality protein as well as omega 3 fatty acids. On top of that, they are a source of iron superior to other animal foods and Vitamin B12 – which is lacking many otherwise healthy diets.

And they are currently very trendy! Surprisingly tasty and somewhat similar to nuts, people are increasingly getting used to entomophagy (the sophisticated term for consuming insects).

If you’re still scared, consider this: eating insects is the future. Relying on meat or dairy to supply our need for protein is simply insufficient. Also, harvesting insects emits 75% less carbon and requires only half as much water than livestock.

Bugs are often grounded into flour, which makes them easy to add to almost anything from Smoothie Bowls to Risotto or this Maple Cinnamon Granola. Insect based protein bars are also an interesting alternative to typical ones. But if you’re a real trendsetter, prepare these Cricket & Kale Pesto Rigatoni.

These are four of what are thousands of possibilities to upgrade your meals while staying conscious of the environment. So many foods are yet to discover and researching them can be a lot of fun. With a little inspiration and motivation, stay curious and get out there and experiment with new ingredients, spices and dishes. It’s time to explore!