(CNN)The Ingenuity helicopter has successfully completed its historic flight on Mars and safely landed back on the surface, according to NASA.The first powered, controlled flight on another planet took place at3:34 a.m. ET.

Unlike when the helicopter’s fellow traveler, the Perseverance rover, landed on Mars on February 18, there was a bit of wait to know how the helicopter fared in its attempt.

The helicopter team was in mission control at NASA’s Jet Propulsion Laboratory in Pasadena, California, early Monday morning to receive and analyze the first data from Ingenuity’s flight attempt.

Live coverage began on NASA’s site Monday morning at 6:15 a.m. ET, shortly before confirmation of the flight’s success at 6:46 a.m. A postflight briefing is scheduled for 2 p.m. ET.

The flight was originally scheduled for April 11, but plans shifted after a command-sequence issue was discovered when the helicopter went through a system of preflight checks with its software. The helicopter team received data on April 16 showing that the helicopter successfully completed its rapid spin test after employing a command sequence tweak.

The chopper autonomously flew through the thin Martian atmosphere, with no help from its teams on Earth.

“We can now say that human beings have flown a rotorcraft on another planet,” said MiMi Aung, Ingenuity project manager at JPL. “We’ve been talking about our Wright Brothers moment on another planet for so long. And now, here it is.”Images, in addition to the data, also helped the team confirm that the flight was successful. 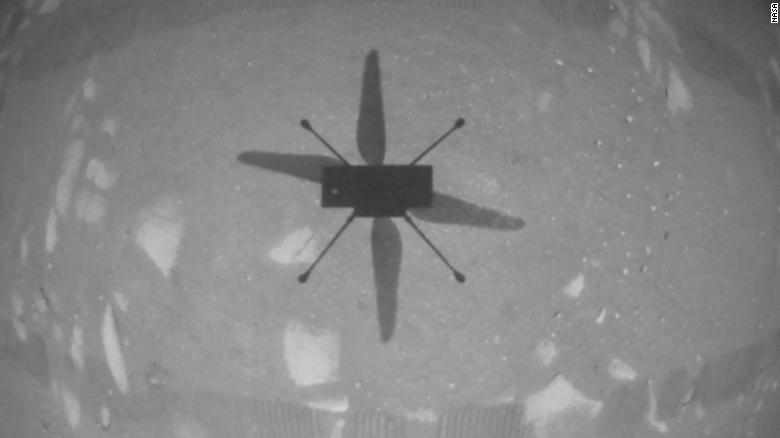 The helicopter’s navigation camera captured a view of the Ingenuity’s shadow on the Martian surface during its first flight.The Perseverance rover has already returned several images it captured of the helicopter. 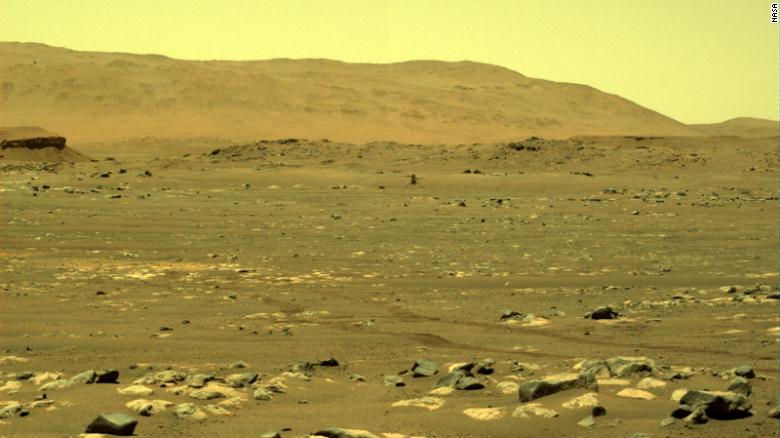 A view from the Perseverance rover shows Ingenuity with its blades in motion.

The rover will continue to send back more images and video from several of its cameras. A post shared on the NASA Perseverance rover Twitter account provides a nice preview of what’s to come.