I’m an American citizen, essential worker, and mother of two. Why was my husband deported?

On Dec. 17, 2019, my husband, Rodner, and I went to our local Immigration and Customs Enforcement office with our attorney for a routine check-in, a requirement of his pending green card. About an hour later, my lawyer emerged and told me Rodner was being deported. He wasn’t allowed to say goodbye to me or our two children. We haven’t seen him since.

After the initial shock, things got worse. I’ve spent more than a year as a de facto single parent, working 16-hour days as a nursing assistant. As a front-line worker, I’m proud to be helping my community, but my high blood pressure puts me at increased risk of COVID-19 complications. My children cry when I drop them at school in the morning — and I can’t blame them. They unceremoniously lost their father, and their mother can’t be home to tuck them in at night.

They ask what happened to their dad, but they’re too young to understand the reality: A combination of cold-hearted immigration policy and willful neglect by the Trump administration divided our family.

Related: Migrant parents reunite with their children in US 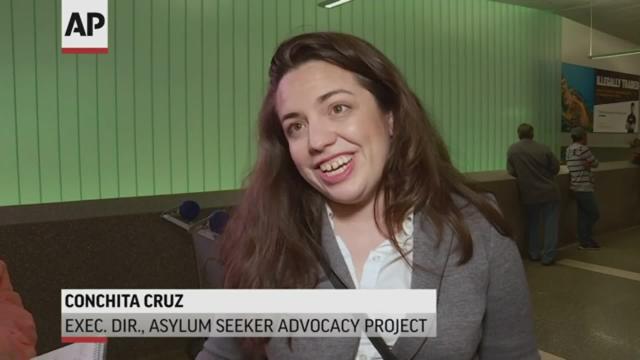 Migrant parents reunite with their children in US

Nine parents who were deported as the Trump administration separated thousands of migrant families landed back into the U.S. late Wednesday to reunite with children they had not seen in a year and a half. (Jan. 23)

We followed all the rules

In 2012, I moved from Haiti to Florida as a green card holder to be closer to my U.S. citizen mom. Rodner came to America that same year seeking asylum. A police officer in Cap-Haïtien, in northern Haiti, threatened his life; understandably, he couldn’t seek help from the Haitian authorities.

We met in English class at a technical college. He was friendly and, when he started talking about how much he loved his mom, I knew I had a keeper. We married in 2016, bought a house and started a family in Orlando. Rodner’s asylum claim was never approved, but he was allowed to remain while I petitioned for his green card, which would allow him to live and work here permanently. I filed the paperwork Feb. 22, 2017.

Since he had a path to lawful status, our lawyer said he was only required to check in with ICE once a year while we waited for a decision.