UNITED STATES (Agencies) – Former President Donald Trump now has his “official website#. According to the site, which went live Tuesday. The Office of Donald J. Trump is committed to “preserving the magnificent legacy of the Trump Administration, while at the same time advancing the America First agenda.”

Trump’s office has also declared the site to be used to “inspire Americans of all walks of life” as the former president seeks to “build a truly great American Future.”

There is also a section of the website dedicated to Former First Lady Melania Trump, who says that she “looks forward to continuing her work on behalf of children and the issues she is passionate about.” 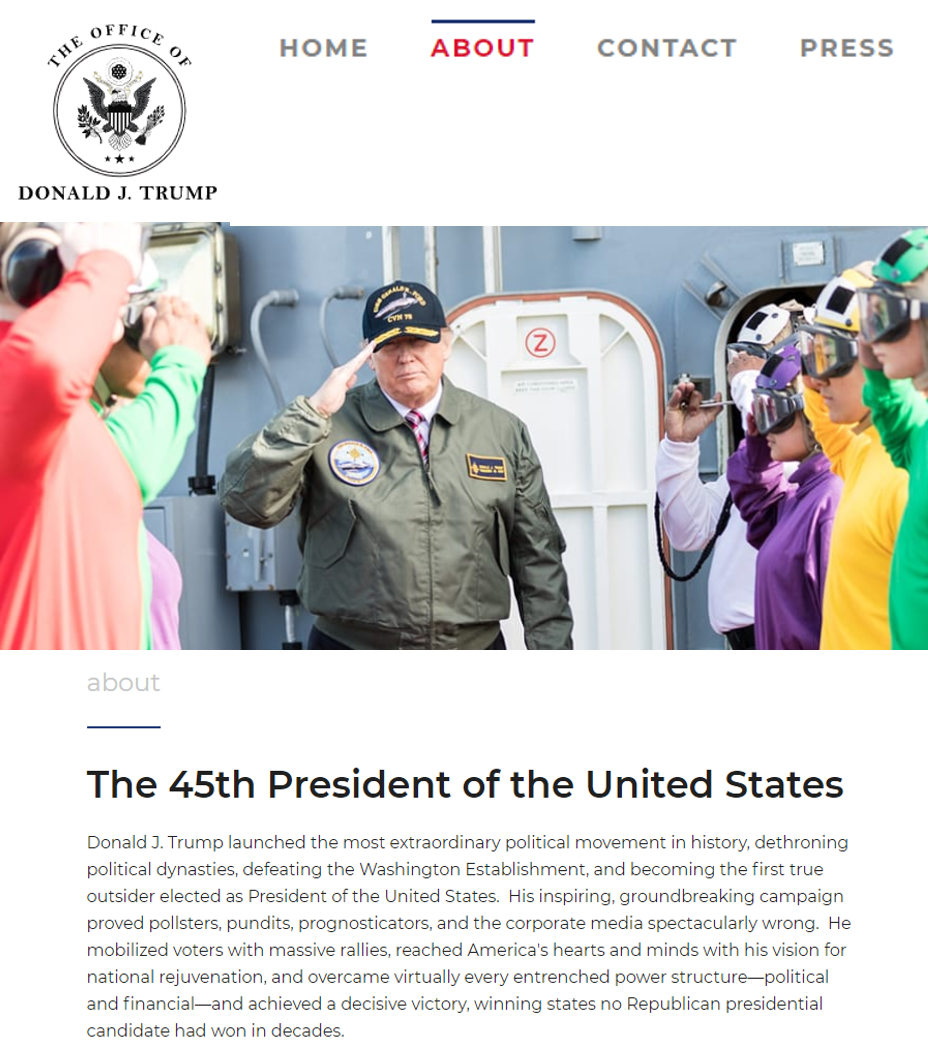 Trump has been banned from all social media sites,  after the uprising at the U.S. Capitol which he was impeached for. It is now rumored he will soon be launching his own social media platform. According to his spokesperson, this social media platform will “completely redefine the game.” However, a large part of the American population has a different perception and considers this new social media platform if ever launched, as a place where racists, bigots, and radicals will find a place of encounter.