According to the public complaint, the women were conducting a performance when the police entered the scene.

México, City (March 8, 2021).- On the night of March 7, the Mexico City Attorney General’s Office (FGJ-CDMX) conducted a search in the Polanco neighborhood, where it claimed to have found various articles allegedly intended to harm others during the March 8th feminist march (International Women’s Day).

However, almost at the same time as the publication, the Marabunta Peace Humanitarian Brigade carried out a live show at the site to ensure that several of the women involved were with the organization and accused the police of having mounted the evidence that they pointed out have found on the spot.

While recording, he assured that the police officers had acted without any type of procedure, so they spoke with the CDMX’s undersecretary of government, Efraín Morales López, to find out the conditions in which the women were inside. In the video, they showed that the unit that had come to do the search did not have a visible ID.

“Inside there are between five or six women who were rehearsing to do a performance tomorrow, ” said the member of Marabunta Brigade. Inside the place, he pointed out, there were also two or three young women. 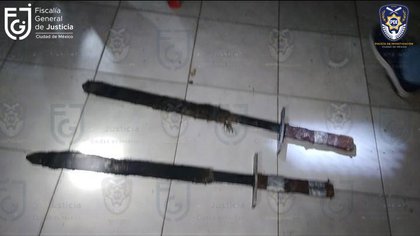 Prosecutor’s Office assured Molotov cocktails, spikes, and firecrackers that were supposed to be used in March 8th protest.

The organization also stressed that the authorities’ procedures did not correspond to a correct action to safeguard women’s rights.

Only male agents entered the place. “We know that this cannot be, it has to be women who must conduct the procedure“, he said. In addition, they held the women incommunicado, preventing them from speaking with other members of the Marabunta Brigade.

“They took the Molotovs out of their backpacks,” the women accused once the Marabunta Brigade managed to enter the place. “Yes they pulled us and pushed us … and recorded the girls” who were there.

The attacked women also stressed that the policemen took all the material they had to do a performance on March 8.

The Marabunta Brigade also announced that several of those attacked “ were with us hours before. We have been doing training work to defend human rights ” , they stressed. 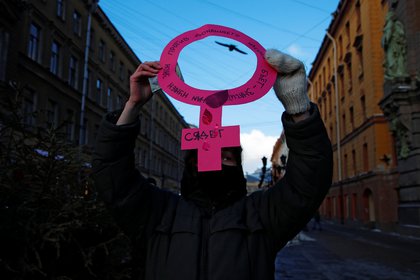 To enter the place, the policemen “broke the lock and did not touch”, they assured.

In the official statement, the prosecution said that nine Molotov cocktails, five points, five marros, six firecrackers and a green vegetable with characteristics of marijuana with an approximate weight of 18 kilograms were found at the home .

They pointed out that these objects are considered dangerous for citizens to be able to demonstrate peacefully , which is why they were made available to the Public Ministry.

“In order to protect the population and with absolute respect for the integrity of those who participate in mobilizations for International Women’s Day. FGJ-CDMX carried out a search in Polanco; objects suitable for attacking were found that could possibly be used in marches; there are no detainees ”, they specified through social networks.

The authorities assured that there are indications to begin an investigation folder for crimes of carrying, manufacturing or importing to attack.