Mayan indigenous people from 40 communities in Yucatan filed legal appeals against the works of Section 3 of the project promoted by the government of Lopez Obrador. The judge ordered Fonatur to halt work involving deforestation or endangering native animal species.

In the three resolutions, the district judge considered that the approval by the Ministry of the Environment and Natural Resources (Semarnat) of the Environmental Impact Assessment (MIA) presented by the National Fund for the Promotion of Tourism (Fonatur) “implies a preponderant risk for the exercise of an adequate environment by the plaintiffs. Not only by them but also by their descendants, since the nature of such right tends to be projected towards the future, seeking that, along with the exploitation of natural resources for the good of the present generation, it also guarantees the enjoyment of such resources, responsibly, of future generations.” 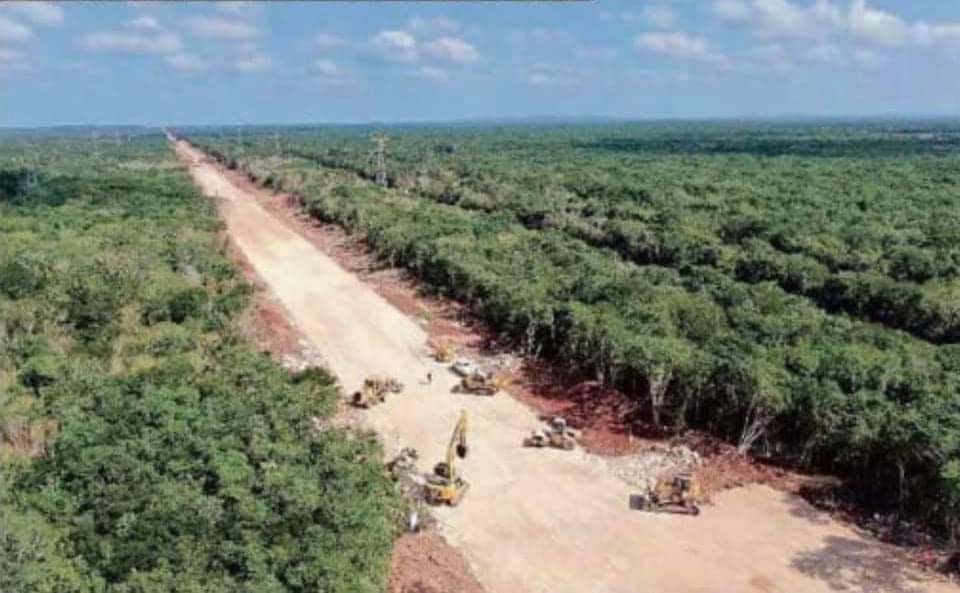 The judge ordered Fonatur to stop “construction work that implies deforestation or endangerment of native animal species in the territory” of Yucatán until the procedure is completed.

In a press conference, members of the Chuun T’aan Maya Collective and of the Assembly of Defenders of the Maya Territory Múuch’ Xiimbal, as well as their legal representatives, lawyers from Indignación, Promoción y Defensa de Derechos Humanos, warned that the provisional suspensions obtained disprove the federal government’s version that it is civil organizations outside the region who oppose the Maya Train and not the native peoples.

José Koyoc, from Chuun T’aan, explained that the substance of the appeals filed has to do with “free self-determination, and what is going to happen in our territories and peoples,” and that they have only exercised their rights accompanied by lawyers who have been at the side of this process of defense of the territory.

Valiana Aguilar, from Múuch ‘Xiimbal emphasized that the Tren Maya project “attacks the lives of the Maya, violates laws and threatens basic projects of our way of life; it was imposed from above, from a racist vision and followed the logic that as communities we are not capable of deciding about our own lives.”

“cancunization” of the communities.
The activist rejected that the Mayan communities’ destiny is the reproduction of the Cancun model and that the territorial reordering proposed by the Mayan Train “is equal to dispossession” for the construction of megaprojects in communities.

“We decided to seek legal protection and use the legal tools without ceasing to be in the communities, we vindicate our right to life, to choose the life we want, we are in our territory and there we decide what to do from here, not from the institutions or political parties, not from above,” he said. 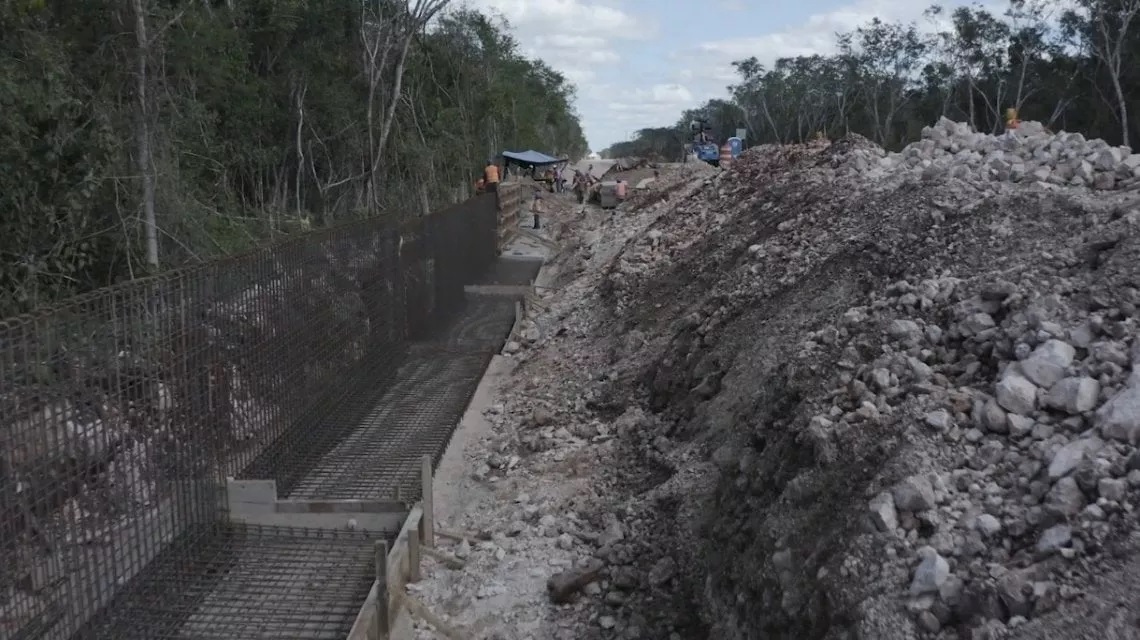 Indignación’s lawyers, Orvelín Montiel Cortés and Jorge Fernández Mendiburu, explained that the three Amparo suits that won provisional suspension were filed on January 20. They challenged “the constitutionality of the Environmental Impact Assessment (MIA) approved by the Ministry of the Environment and Natural Resources (Semarnat) in favor of Fonatur, for the construction of the train.”

The arguments raised in the appeals filed by the indigenous organizations Múuch ‘Xiimbal and Chuun T’aan refer to “the violation of the right to information,” since the communities to which the complainants belong “did not have access at any time to the studies derived from the EIA,” and therefore could not know the “local and regional environmental impacts” that the project will have.

Furthermore, according to the complainants, the lack of information violated their right to “adequate participation” in the communities.

Order to stop construction
The three resolutions coincide in ordering Fonatur to stop the construction work, which implies deforestation “or putting at risk the native animal species” of Yucatan until the definitive suspension is decided.

Jorge Fernández Mendiburu said there are two other Amparo processes by these same indigenous organizations in the Nation’s Supreme Court of Justice. The communities supported by civil organizations have exercised their right to defend what is called “their rights of free self-determination.”