Christie’s will auction 33 pieces from the Aztec, Maya, Mixtec and Toltec cultures.

Christie’s of France will auction 33 pre-Hispanic pieces belonging to Aztec, Maya, Mixtec, and Toltec cultures at prices ranging from 2,000 to 900,000 euros. 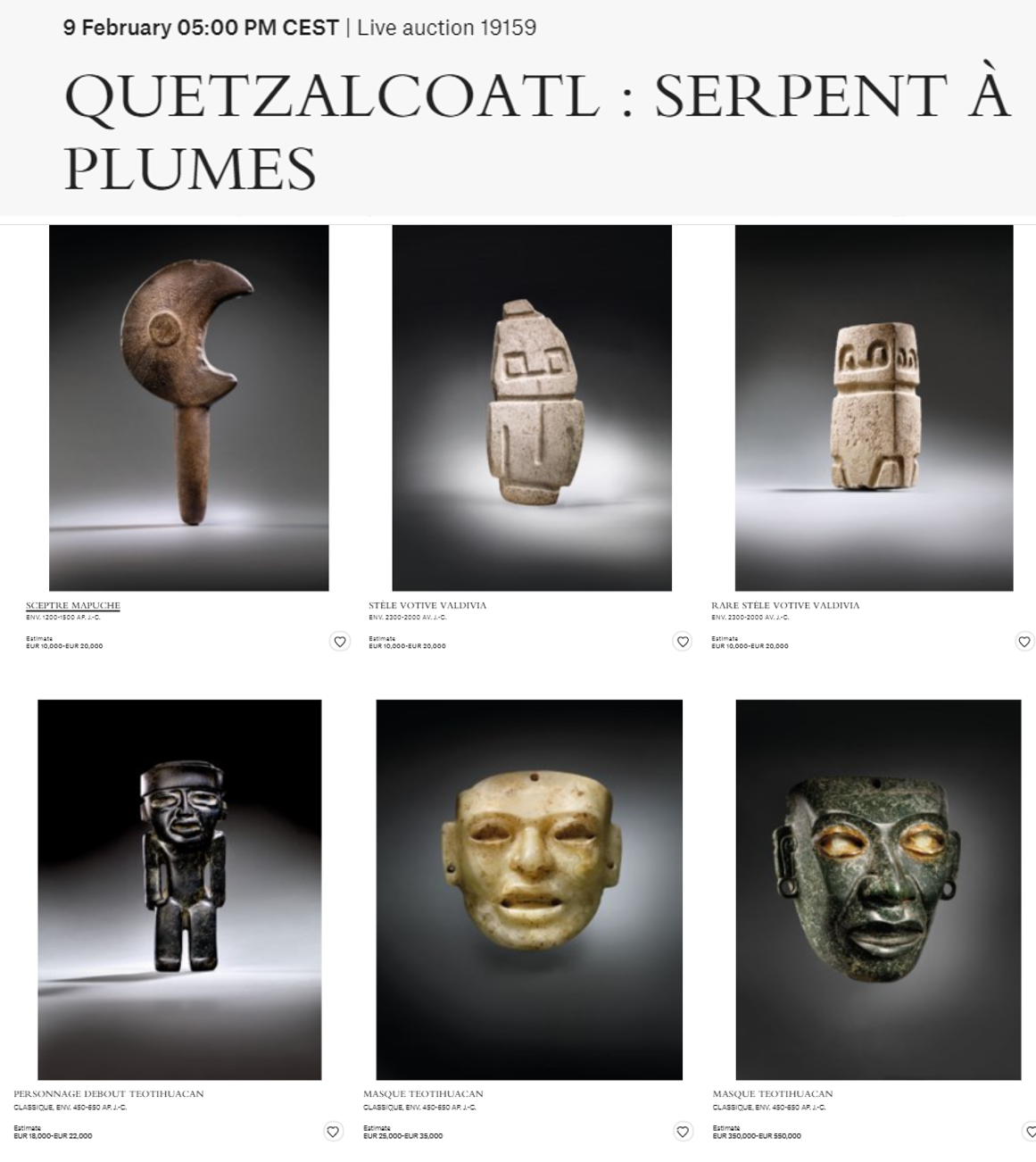 According to the same auction house prices, the pieces, which did not mention how they were acquired, could reach between 2,000 and 900,000 euros.

The auction went viral due to a tweet by archaeologist Daniel Salinas Córdova (@DanielSalinas00), who said that neither the National Institute of Anthropology and History (INAH) nor the Ministry of Foreign Affairs or the Mexican Embassy in France had commented on the matter.

The piece that Christie’s highlights the most is the sculpture of “Cihuateótl,” goddess of fertility (cataloged in “lot 13”), from El Zapotal, Veracruz, with a height of 87 centimeters. It is described with a skirt “girded with a double-headed serpent belt” and a gesture on its face as if it were talking. It could fetch between 600,000 and 900,000 euros.

Another of the pieces with high value is a Teotihuacan mask (located in “lot 23”) of 15 centimeters high, whose price could be between 350 thousand and 550 thousand euros, and whose description highlights: “the stone masks of Teotihuacan have been treasured since the XIV century, as it has been observed in the Aztec offerings discovered in the excavations of the Templo Mayor in Mexico City.”