Can Trump be charged with sedition or treason?

Trump supporters swarmed the U.S. Capitol in response to the President’s defeat in the U.S. election – could Trump be charged with sedition?

WASHINGTON D.C. (Times Media Mexico) – U.S. lawmakers met yesterday to certify the victory of President-elect Joe Biden in the 2020 U.S. presidential election. The proceedings were interrupted by protesters, who have arrived on the U.S. Capitol building following weeks of polarization speech from Trump. One woman was shot and killed. Lawmakers and the Vice President had to be placed to a secure location and police had to fire tear gas and ordered the evacuation of several office buildings after the protests turned violent. 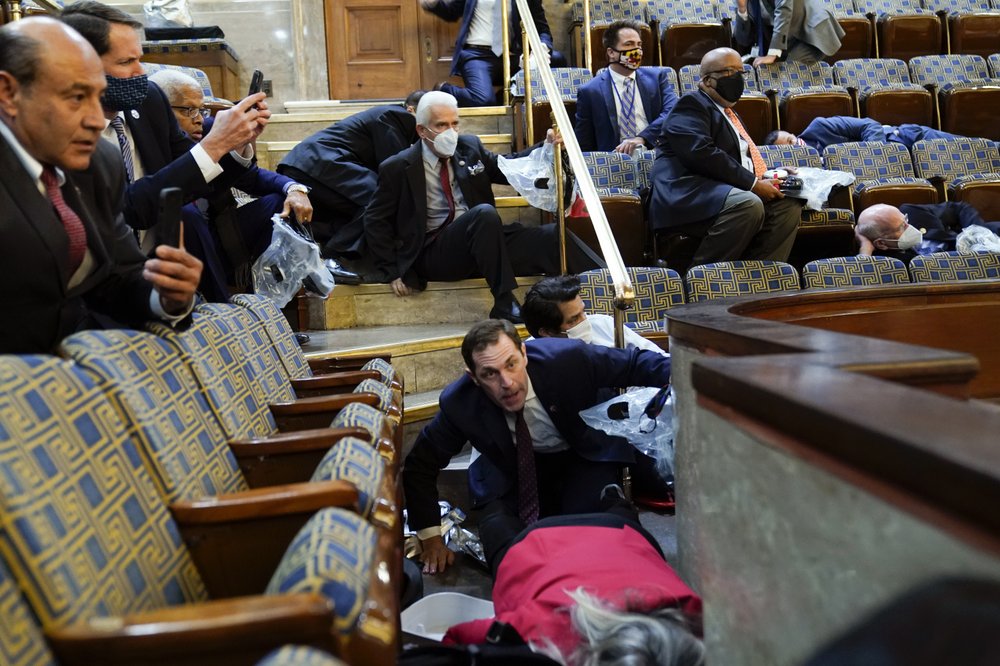 Trump pledged in a tense speech behind bulletproof glass that he “would never concede the election,” telling a crowd of supporters: “All of us here today do not want to see our election victory stolen by emboldened radical Democrats.” He added: “We will never give up. We will never concede. It doesn’t happen. You don’t concede when there’s theft involved. Our country has had enough. We will not take it anymore.”

Trump also lashed out at his Vice-President, Mike Pence, saying he did not have the “courage” to block the formal confirmation of Mr. Biden as President.

Trump tweeted: “Mike Pence didn’t have the courage to do what should have been done to protect our country and our Constitution, giving States a chance to certify a corrected set of facts, not the fraudulent or inaccurate ones which they were asked to previously certified. USA demands the truth!”

Politicians and lawmakers have widely condemned the actions of protesters at the Capitol. Republican Senator Mitt Romney told the New York Times: “This is what the president has caused today, this insurrection.”

Letitia James, New York Attorney General, said: “The coup attempt initiated by outgoing President Trump has been despicable. Today, it became violent. If blood is shed, it will be on his hands. These actions, fueled by lies and wild conspiracy theories espoused by President Trump, must be unequivocally condemned by every corner of our society.”

What is sedition?
Sedition according to the Merriam-Webster dictionary is “incitement of resistance to or insurrection against lawful authority” Donald Trump still heads the U.S. administration, yet this won’t last much longer. Once Trump is no longer in office, encouraging his supporters to oppose the new U.S. government could be seen as an act of sedition.

Rather than immediately denouncing the violence and calling on his supporters to stand down, Trump issued two mild tweets in which he called on them to “remain” peaceful. Following appeals from senior Republicans, he finally released a video in which he asked people to go home but doubled down on the lies fueling the vigilantes. “We love you. You’re very special.” Minutes later, he excused the riot, tweeting, “these are the things and events that happen when a sacred landslide election victory is so unceremoniously & viciously stripped away.”

If considered that the President is unfit to remain in office for the next 14 days, Vice President Pence could gather the Cabinet to invoke the 25th Amendment, declaring Trump “unable to discharge the powers and duties of his office.” Congress would be required to ratify the action if Trump resisted, then, Mr. Pence would serve until President-elect Joe Biden is inaugurated on Jan. 20.

We must not forget the insurrection also came from many top Republican legislators — such as Sen. Josh Hawley (Mo.), Sen. Ted Cruz (Tex.), House Minority Leader Kevin McCarthy (Calif.) and House Minority Whip Steve Scalise (La.) — who were prepared to support Trump’s effort, fueling the rage of those the President has duped into believing the election was stolen.

Yesterday’s chaos only confirmed -once again- the wisdom in rejecting Donald Trump. Biden grew strong to the moment. “I call on this mob, now, to pull back and allow the work of democracy to go forward,” Mr. Biden said. “It’s not protest. It’s insurrection.” He concluded: “Today is a reminder, a painful one, that democracy is fragile.”

One thing was proved yesterday. Trump is a menace, and as long as he remains in the White House, the country will be in danger.

The editorial board of The Yucatan Times consists of a group of 9 people of different nationalities, selected for their background and objectivity, which are based on research, analysis and individual experience to reach a concerted vision of the important issues of Mexico and the world.