The Monreal Law under review: changes in Banxico’s autonomy will be discussed until February.

The Morena senators’ leader pointed out that the central bank’s authorities “do not want to see their lethargy of comfort interrupted” after they qualified the initiative as a severe injury to their autonomy.

MEXICO CITY (Infobae) – After the controversy last week over the approval of a reform to the Banxico (Bank of Mexico) that its critics described as a severe blow to its independence, Morena, the party of President Andres Manuel Lopez Obrador, proposed this Sunday to create a working group to analyze the ruling and postpone the legislative process until February 2021.

“In a democratic regime, neither the analysis nor the discussion of large issues like this should be limited. All voices must be heard, participate until the best solution for the country is reached,” assured Ricardo Monreal, the coordinator of the Moreno senators, with a majority in both Chambers of Congress.

“Morena, since they occupied the majority in the Congress by popular will, has always acted with responsibility and has listened. So our parliamentary group in the Senate reiterates and pronounces itself so that there is no doubt or suspicion about the purpose of this law,” added the also coordinator of the Political Coordination Board (Jucopo) of the Senate, which agglutinates all the leaders of the parties that integrate it.

To this end, Monreal said that an inter-institutional working group could be formed, with the Legislative Branch’s participation, to improve the initiative and conclude its procedure in February, when Congress’s legislative recess begins this December 15.

Monreal assured that the legislators must “eliminate any presumption of illicit activities or of affecting the autonomy of the Bank of Mexico. However, the Chamber of Deputies “will act in accordance with its autonomy and the provisions that regulate its operation and we will respect it,” he added.

Last Wednesday, the Senate approved a controversial reform to the Law of the Bank of Mexico regarding the acquisition of foreign currency that would put at stake the autonomy of the Mexican central bank, according to the institution itself.

The document, which was sent to the Chamber of Deputies for discussion and, if necessary, approval, specify that foreign currency that cannot be repatriated to its country of origin will be purchased by the Bank of Mexico (Banxico) to become part of the country’s international reserves.

Besides, among the specifics’ changes, the legal certainty was granted that dollars can always be exchanged for pesos in banks legally and safely, obtaining for them the best market parity.

However, the approval received intense questioning from the opposition and the allies that Morena, López Obrador’s party, has in the Banxico, and even by the Association of Banks of Mexico (ABM). 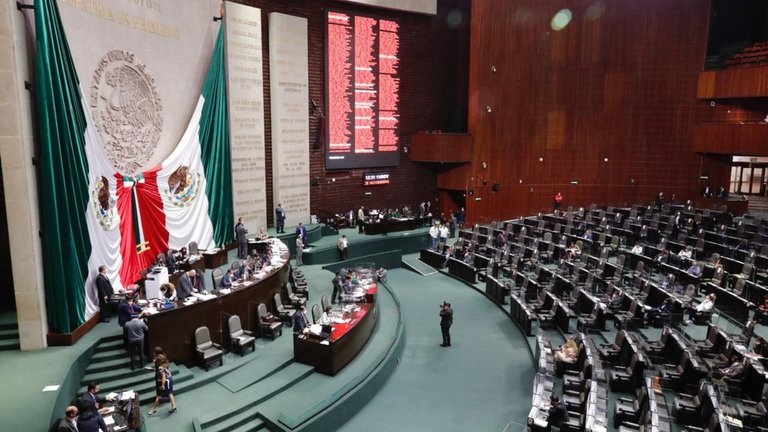 “It is regrettable that reforms have been approved in the Senate that put the international reserves at risk and that attempt against the autonomy of the Bank of Mexico. I hope that in the Chamber of Deputies, this situation will be corrected,” assured Gerardo Esquivel, deputy governor of Banxico.

According to Monreal and Morena, “the project is beneficial for Mexicans since the proposed modifications will allow those who receive remittances from abroad to maintain the value of their money at the legal and current exchange rate, preventing businesses or any agent from receiving them at a lower value.”

Several states in the country are in the same situation. Still, the Bank of Mexico and the authorities do not want to see their lethargy of comfort interrupted and have not proposed anything to support migrants and their families in the face of this real situation that occurs every day.

Given this situation, Monreal considered it urgent that the law address this “concern,” that is, the handling of legitimate dollars from migrants and tourism. “Morena will always act by creating norms and rules that will deepen the change of regime,” he said.

Besides, he said that Morena does not want “confusion and uncertainty to alter the country’s financial and political stability. “Let’s act with all responsibility and prudence. Let’s continue listening to all sectors,” she concluded.