Substantial increase of COVID-19 in Yucatan

MERIDA Yucatan (Times Media Mexico) – The report from the Health Secretariat on Friday, December 18, showed a substantial increase in the daily cases of Covid-19.

A week before Christmas, the coronavirus in Yucatan made a “jump” in its daily figures compared to recent days. This Friday, there were 141 new infections, unlike yesterday, when there were 105, to reach 25,482 positive cases so far in the pandemic. 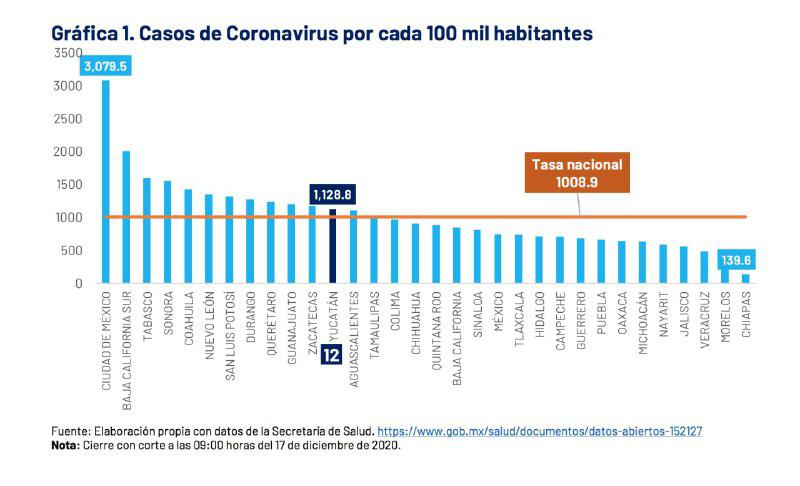 Likewise, there were 11 deaths, so the total number of deaths by Covid-19 in the entity is already 2824.

In today’s report, the Ministry of Health also announced that 154 people are hospitalized in total isolation, eight more than the day before yesterday when there were 146.

The cases of recovered people remain at 85 percent of the total number of infections, 21,864 patients who do not have symptoms and cannot spread the disease.

New cases this Friday, December 18
Of the 141 new infections today, the majority were in Merida, which reported 115 new cases, 7 in Valladolid, 4 in Kanasin, 3 in Tizimin and Uman, 1 foreign, and 1 in Chichimila, Dzilam Gonzalez, Hoctun, Izamal, Tahmek, Tekax, Tepakan, and Tixkokob. 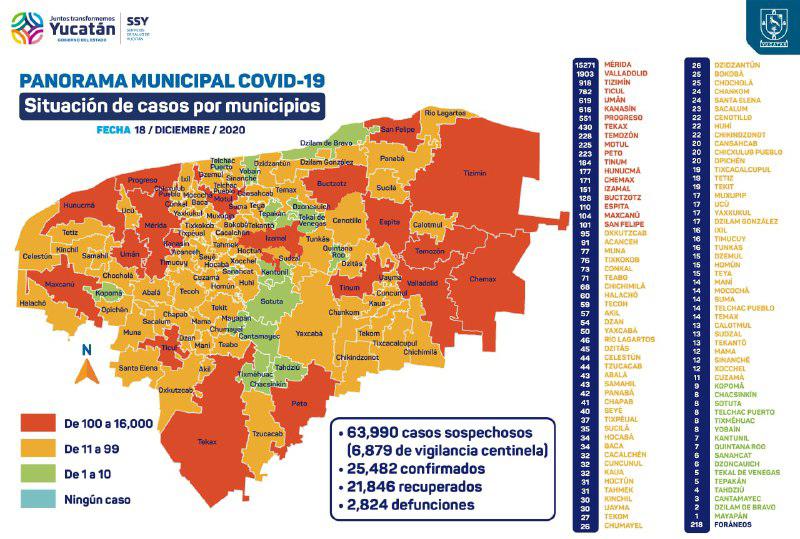 Of the 11 deaths today, 6 were men, and 5 were women, aged 46 to 90. They suffered from comorbidities such as hypertension, diabetes, obesity, chronic renal failure, smoking, and heart disease.

The active cases to date are 154 people hospitalized in total isolation and 640 stable, with mild symptoms isolated in their homes. 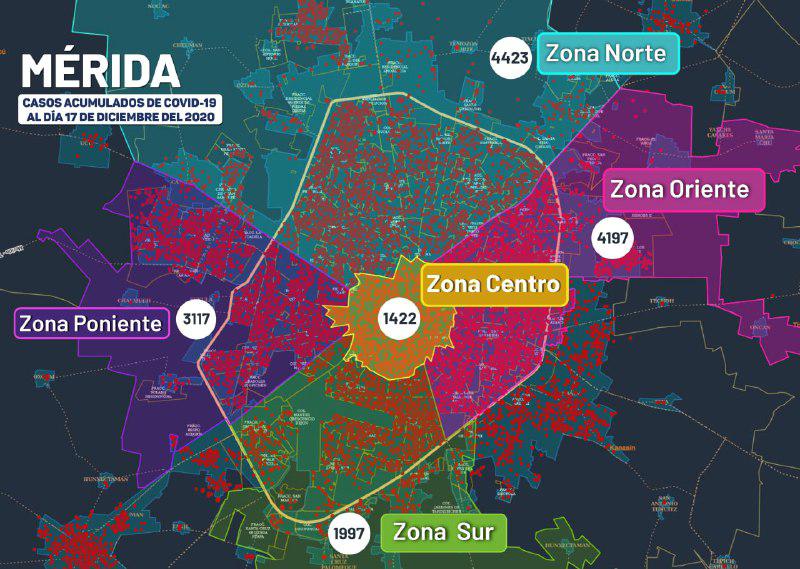 In the last 14 days, the colonies and subdivisions of Merida that have presented more infections are Ciudad Caucel with 50 cases, Juan Pablo II with 25, El Centro and Chuburna with 24 cases, Francisco de Montejo with 20, Las Américas with 14, Pensiones with 12, Nueva Sambulá with 10, Francisco I. Madero, Mulsay, Polígono 108 and Vergel with 9 cases, San José Tecoh with 7, and Villamagna Sur and Brisas del Norte with 6 new cases.