It was 40 years ago today… when John Lennon’s death shocked the world. On December 8, 1980, Mark David Chapman shot the Beatles singer on the Dakota building’s doorstep, his New York home.

The murder of the Beatles singer and one of the most famous celebrities on the planet in New York was something that resonated with millions of people around the globe.

In what would have been his 80th year, we take a look back at how the world reacted when it heard that John Lennon had been so senselessly killed and how his fellow stars responded in tribute.

On the evening of December 8, 1980, John Lennon was shot dead in the Dakota Building archway, his home in New York City. The killer was Mark David Chapman, an American Beatles fan who had traveled from Hawaii. Chapman explained that he was angered by Lennon’s life and public statements, particularly his phrase about the Beatles being “more popular than Jesus” and the lyrics of his songs ‘God’ and ‘Imagine.’

Chapman also said he was inspired by Holden Caulfield from JD Salinger’s 1951 novel “The Catcher in the Rye.” The American planned the killing over several months and waited for Lennon at the Dakota that morning. At one point, he even met Lennon, who signed his copy of the album Double Fantasy. 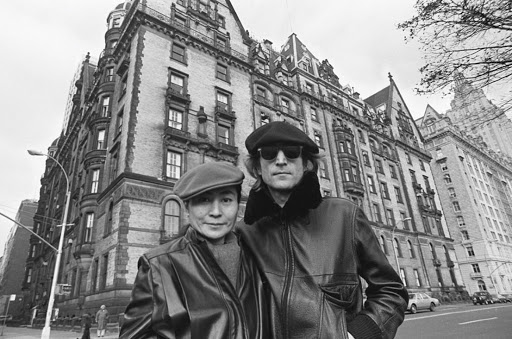 Later that night, Lennon and his wife Yoko Ono returned, and as they walked towards the entrance, Chapman fired five shots, four of which hit Lennon in the back. Chapman stayed at the scene, reading The Catcher in the Rye, until the police arrested him. Lennon was rushed to Roosevelt Hospital, where he was pronounced dead on arrival at 11.15 pm.

As the death occurred at around 4 am UK time, and with rolling news channels not in existence, most British people didn’t find out what happened until the morning or even lunchtime news broadcasts on TV.

In the US, news producer Alan J Weiss of network WABC-TV had been waiting to be treated in the Roosevelt Hospital after being injured in a motorcycle accident earlier that evening. He said in 2013 that he had seen Lennon being taken into the room surrounded by police officers.

After discovering what happened, he called the station. Eventually, the news made its way to ABC News president Roone Arledge, who at the time was overseeing ABC’s coverage of Monday Night Football.

When Arledge discovered that Lennon had died, a match between the New England Patriots and the Miami Dolphins was leveled less than a minute. Arledge told commentators Frank Gifford and Howard Cosell about the shooting and said they should report it on air.

Cosell, who had interviewed Lennon back in 1974, wasn’t sure, as he felt it was not their place to break such a big moment.

Cosell told viewers: “Remember, this is just a football game, no matter who wins or loses. An unspeakable tragedy confirmed to us by ABC News in New York City: John Lennon, outside of his apartment building on the West Side of New York City – the most famous, perhaps, of all of the Beatles – shot twice in the back, rushed to Roosevelt Hospital, dead on arrival. Hard to go back to the game after that newsflash, which, in duty bound, we have to take.

The day after Lennon’s death, Yoko Ono issued a statement: “There is no funeral for John. John loved and prayed for the human race. Please do the same for him. Love, Yoko, and Sean.”

His remains were cremated at Ferncliff Cemetery in Hartsdale, Westchester County, New York.

The other Beatles reactions
The phone rang at Paul’s house. He was alone. Linda, his wife, had taken the kids to school. He was eating a late breakfast; he would be leaving in a while to study. Another day of work. When he answered, he heard his manager’s broken voice. At first, he didn’t understand what I was saying. Or, perhaps, he didn’t want to believe what he was hearing: “John is dead. several bullets killed him,” the man said.

McCartney stood by the phone for a few minutes. Not knowing what to do, until he heard Linda’s car. He went out to look for her. She saw his face and knew that something bad, something very bad, had happened. She knew from Paul’s face. 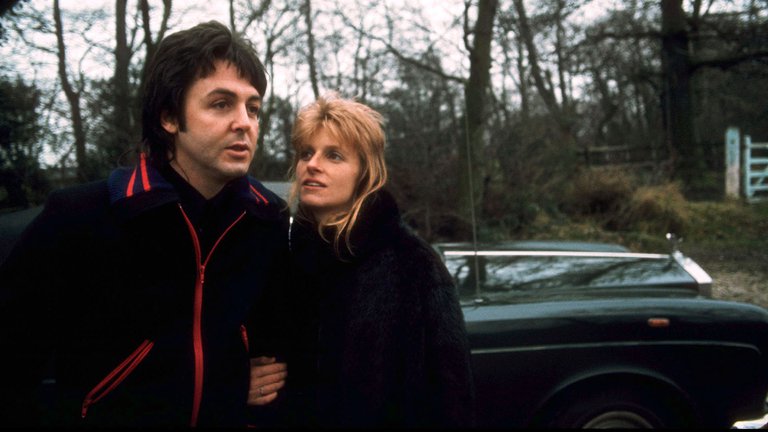 Paul decided to go to the studio and turn off his pain and confusion with what he did best: music. The session, although not as fluid, as usual, progressed. He worked on a track called Rainclouds. At the door of the studio, a cloud of journalists was waiting for him: the flashes, the microphones, the urgent questions.“I can’t accept it. I don’t know what to say,” said Paul looking down and hurrying to get lost in the building. When Paul left the studio, it was already dark.

The journalists were still waiting. With a lost look in his eyes, he answered, without energy, some questions. He said he was in the studio listening to some things that he didn’t want to sit at home. When he tried to go on his way, they asked him for some last words: “It’s a drag, isn’t it? He answered. McCartney himself regretted the remark. He later said that he had intended no disrespect and could not articulate his emotions due to the shock and sadness he felt.

On the day after the murder, bandmate George Harrison stated to the press, saying: “After all we went through together, I had and still have great love and respect for him. I am shocked and stunned. To rob a life is the ultimate robbery in life. It is an outrage that people can take other people’s lives when they obviously haven’t got their own lives in order.” 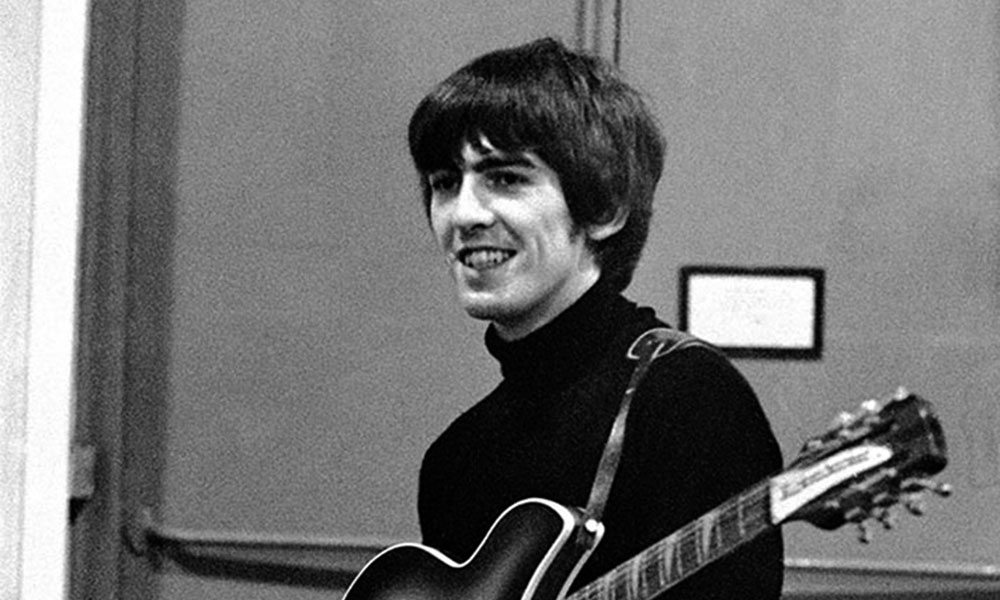 On December 8, 1980, Ringo was enjoying himself in the Bahamas until the phone rang. It was his wife, Barbara’s daughter. The girl told him that John had been shot. He started crying uncontrollably. But he overcame the shock within minutes. He called Maureen, his ex-wife.

He knew that in his house in the English countryside, Cinthya Lennon, John’s first wife, was spending a few days with her. Ringo told Maureen, who, without looking into her eyes, passed the phone to her friend. “Ringo wants to tell you something.” Cynthia knew what was going on when she heard Ringo crying on the other end of the line and started screaming in desperation. 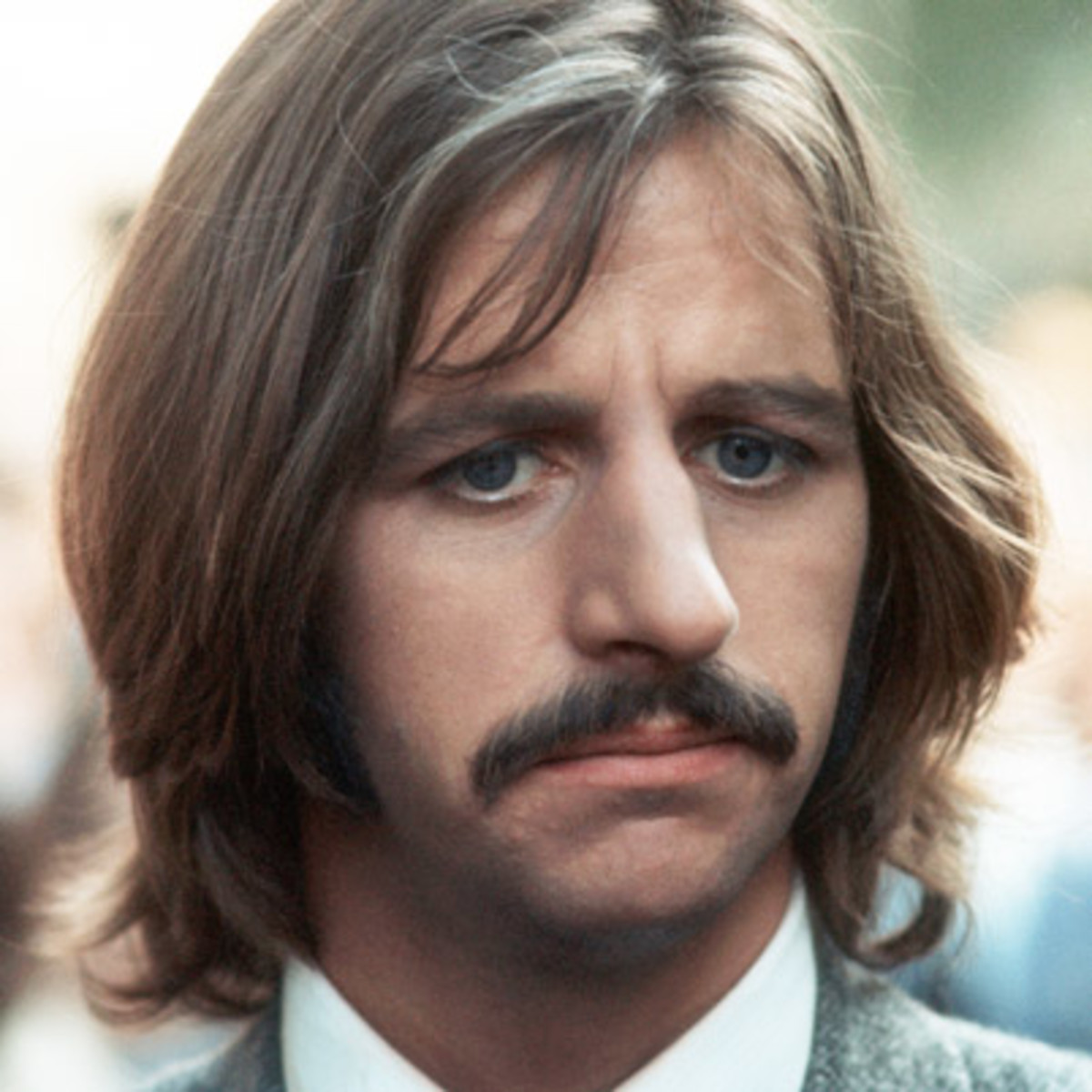 Ringo didn’t know what to do. Once again, he decided to follow his heart. Without consulting anyone, he left the Bahamas and got on a plane to New York. He was the only one of the three who went to the Big Apple in those hours. Upon arrival, he headed for the Dakota. He crossed the tide of curious and disconsolate fans and went upstairs to hug Yoko Ono. “What can I do?” he asked her. “We have to distract Sean,” said Yoko And Ringo, heartbroken by the death of his friend, spent the entire afternoon playing with the four-year-old and making him laugh. “Anyone I would have done it. That’s what friends do,” he said years later.

There was a huge outpouring of grief among fans at the time. In the week after his death, Lennon’s new single ‘(Just Like) Starting Over’ climbed to number one in the UK singles chart.

His famous festive song ‘Happy Xmas (War is Over)’ was reissued and went to number 4 the following week, and in the first week of January 1981, a re-released ‘Imagine’ went to number one for five weeks. It was replaced at number one with the new single ‘Woman.’

What happened to Mark David Chapman?
Chapman pleaded guilty in 1981 to murdering Lennon. He was sentenced to 20-years-to-life, and later automatically became eligible for parole in 2000. He has been denied parole 11 times and remains incarcerated in an Upstate New York prison. In 2020, he was quoted saying he was “sorry” for killing Lennon and that he was “seeking attention.”

On December 14, 1980, millions of people worldwide paused for ten minutes of silence to remember Lennon. 30 thousand gathered in Lennon’s hometown of Liverpool, and the largest group – over 225 thousand did so at Central Park in New York. For those ten minutes, every radio station in New York City also went off the air.

40 years ago today John Lennon was murdered… Yet, he lives in his music and our memory.

40 years ago todaylennonLennon is deadThe Beatles