Cuban influence in the Yucatan.

MERIDA Yucatan (Times Media Mexico) – Whoever visits Yucatan soon notices the unique elements that differentiate it from the Mexican Republic’s other states. Perhaps, Campeche and Quintana Roo’s neighboring states, which once formed a single entity and have a shared history. The Yucatan Mayan language gives the Spanish spoken in Yucatan an emphatic and robust accent that is quickly identifiable. Likewise, it mixes many Mayan words with the Spanish spoken in this state, the culture, music, gastronomy, and in general, the way of being of the Yucatan, which is exotic even for our compatriots.

On one occasion, many years ago, in a bohemian talk by friends, between drinks of aged rum, someone mentioned that in Mexico, there are two kinds of Mexicans: the Mexicans, worth the redundancy, and the Yucatecans.
Historically, the Yucatan developed, to some extent, apart from the rest of the country.

During the colonial era, it was General Captaincy. That is, the Governor and General Capital were directly named by the King of Spain. Therefore, both politically and militarily, they depended and were directly accountable to the Spanish crown; their territory, at some point, included, besides the mentioned and current states of Yucatan, Campeche, and Quintana Roo, also Tabasco, Belize, and the Guatemalan Petén. Only, in the judicial field, the Yucatecans had to resort to the Royal Court of New Spain or the Royal Court of Guatemala.

Coupled with the peninsula’s geographic location and its dense forests and rainforests, it made communications easier by sea than by land. Yucatan was isolated from the rest of the “New Spain” and Mexico once independence from Spain was obtained.

All these circumstances have shaped the Yucatecan culture. However, it can be said that the current Yucatecan is a consequence of the syncretism of the Mayas and the Spanish. Other countries and cultures have contributed their grain of sand in the conformation of our identity; influences such as the Lebanese, European, Caribbean, and even Asian have influenced the cultural confirmation of this part of the Mexican nation; so much so that even the famous American Chef Ricky Bayless specialized in Mexican food, in his program entitled “Mexico: One Plate at a time”, in its 11th season, is dedicated to the gastronomy of this region of the country and indicates the following in its official page: “For the 11th season of Chef Rick Bayless’ highly-rated cooking and travel show, we’re taking our viewers on a journey through a different Mexico, to the Yucatan Peninsula.”

Between Cuba and Yucatan there has been a close historical relationship, even since pre-Columbian times, not only because the island was the gateway and therefore communication of Spain with its American domains, but also by the geographical proximity to our peninsula, separated by the Yucatan channel and the geographical arrangement of both, the poet Salvador Diaz Miron expressed: “Like two hands that were together and still want to shake each other”; with an identical climate, Doctor Eduardo Urzaiz Rodriguez, points out in one of the works that serve as a source for this article, that it is one more Antilla that, by the whim of Geology, remained attached to the Continent.

During the time in which Yucatan separated from Mexico for opposition to the centralism established by Antonio López de Santa Anna, in the middle of 1847, the Mayan people’s rebellion against the Creole and mestizo oppression broke out in the east of the state, the Mayan hosts were devastating the towns, until practically arriving at the doors of the city of Merida, the government’s resources were exhausted and the situation was desperate, when unexpected help arrived from Cuba, on March 9, 1848, The Spanish war Churruca, the brigantine schooner Juanita and the war corvette Luisa Fernanda arrived at the port of Sisal with a cargo of 2000 useful rifles with their bayonets, 200 cavalry sabers, 2 12-pound mountain howitzers and 200 quintals of gunpowder, that were of great help and that served to raise the spirits of the Yucatecans and, although the support came from the Spanish authorities on the island, it left a debt of gratitude in the hearts of the Yucatecans, which was later taken advantage of by the Cuban emigrants. 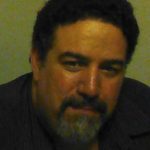 Miguel Fernández-Montilla Cervera is a Yucatecan  lawyer, specialist in labor law, and an enthusiast of Yucatan’s history. He has hosted the program “El buho de la noche” (The Night Owl) which deals with historical issues and anecdotes of the Yucatan.