AMLO’s new challenges include forging a relationship with Biden, whom he does not yet recognize as the president-elect of the USA.

With a long list of challenges at home, AMLO now adds the challenge of forging a relationship with Biden, whom he does not yet recognize as the USA’s president-elect.

MEXICO CITY (UNIVISION) – President Andres Manuel Lopez Obrador will begin his third year in office in January after a first two years. He failed to control the country’s violence recover the weak national economy. While Mexico is experiencing one of its worst moments due to the covid-19 pandemic. Now, he has added to his challenges by building a good relationship with the United States’ next president, Joe Biden.

AMLO, as the Mexican president is known, has assured that the relationship between both countries will not change with Biden’s arrival at the White House. However, neither he nor his government has officially recognized the result or welcomed his victory on November 3.

The fact is that against all odds and despite the insults against Mexico and migrants, López Obrador had maintained an good relationship with President Donald Trump. Proof of this is that last July, the Mexican president traveled to Washington to celebrate with Trump the implementation of the T-MEC trade agreement.

Now, during the next four years of his administration, he will have to face a growing list of challenges, both economic and security, and bilateral relations with his neighbor and, therefore, with Biden.

These are some of the challenges AMLO will face in the near future: 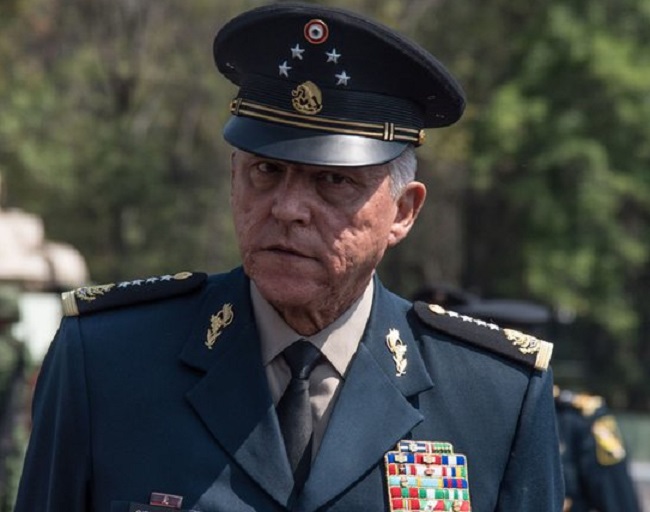 The Cienfuegos case.
Last October 15, General and former Secretary of National Defense of Mexico Salvador Cienfuegos was arrested in California as part of an investigation by the U.S. Drug Enforcement Administration (DEA), accused of organized crime, money laundering, drug transportation, and drug trafficking.

However, almost a month later, he was returned to Mexico to be investigated by Mexican authorities, in an agreement under which the United States dropped the charges he had filed and had already reached a judge in New York.

For some analysts, López Obrador’s proximity to Trump explains why the U.S. government agreed to return Mexico’s general. This pact reached between both countries concerning the Cienfuegos case is seen as the greatest diplomatic success in AMLO’s six-year term.

However, with Biden at the helm, the way he would conduct his investigations against drug trafficking would change. According to Marlene Ramirez Uresti, an internationalist specializing in migration and the U.S.-Mexico relationship, more operations in terms of security, implemented without Mexico’s help and cooperation, are possible in a Biden administration. This time it would not be so easy for them to accede to AMLO’s requests.

2. A weakened economy and the possibility of new tariffs
If in 2019 Mexico’s Gross Domestic Product (GDP) contracted by 0.3 percent, the coronavirus just pushed it in the second quarter of this year to a historic 18.7 percent drop.

According to the National Institute of Geography and Statistics (Inegi), as of July, 15.7 million people had no employment source in the face of the pandemic, and 5 million temporary jobs were lost.

The reopening that began in June allowed for a 12.1 percent recovery in the third quarter. But, by the end of the year, an average drop of 9 percent and 12 million new poor are expected, according to analysts consulted by Efe agency.

Adding to this discouraging panorama is the uncertainty about the relationship that López Obrador will have with the new government of Joe Biden. According to experts consulted by Univision Noticias, no changes are expected to the Treaty between Mexico, the United States, and Canada (USMCA) that was only signed this year – since it was an initiative agreed upon by both parties – various annoyances and disagreements have arisen.

One example was last October when U.S. lawmakers sent a letter to Trump stating that the Mexican government is giving preferential treatment to Mexico’s state oil company Pemex and has been delaying and canceling permits U.S. energy companies. “The Mexican government’s actions threaten investment and market access for U.S. energy companies and undermine the spirit of the U.S.-Mexico/Canada Agreement,” they said.

On the economic issue, another concern of the experts is that in the area of tariffs, strategic increases will be announced as Biden’s pressure measures to make Mexico take certain actions.

“Since the Americans have already realized that they can pressure Mexico using tariffs, it could happen,” said political consultant Ramón Morales Izaguirre.

3. The immigration policies.
Central American migration to the United States is another issue on the agenda that will be crucial in both countries’ relationship.

As a candidate for president, Biden made a series of promises, from eliminating policies for the separation of families, creating a path to citizenship for thousands of migrants, eliminating for-profit detention centers, to launching integration and naturalization programs.

However, in the organization of the new government’s priority issues, migration has not been mentioned.

One of the critical points that the president-elect has repeated is the need to work with Mexico as an ally rather than an adversary. However, experts have pointed out that Mexico has not fared well with Democratic governments historically on this issue.

Besides, the containment policies implemented by Lopez Obrador, after a series of pressures from Trump, were taken over by the Mexican government.

According to Whitley Raney, an expert in Institutional Development and Projects of the organization Sin Fronteras, in an opinion piece, the tricky thing will be how Mexico will reverse the measures implemented.

“The level of execution of migration policies that began under Trump’s mandate was taken up by AMLO as his own. How can we undo what has been created in recent years? Today it is no longer the fault of the U.S. position, but also of the racism, xenophobia, detention policies, and migration management that has been allowed in Mexico,” Whitley Raney said. 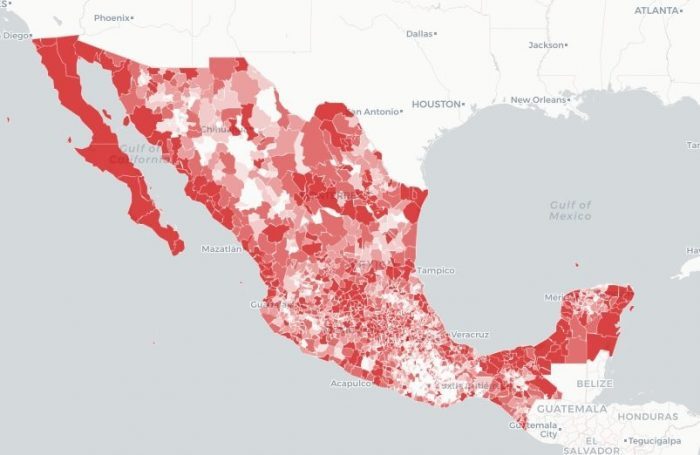 4. The Pandemic.
All of the above challenges will have to be overcome in an environment where the covid-19 pandemic has left deep ravages. However, López Obrador, who refuses to wear a mask, assures that the country has managed to “tame” the coronavirus.

On November 20, Mexico surpassed the threshold of 100,000 deaths from coronavirus and, a week later, surpassed for the first time since the beginning of the pandemic the 12,000 daily cases, evidencing an accelerated rebound of the virus amid lower compliance of the population with the restrictions that seek to stop it.

Even the World Health Organization (WHO) said it sees a situation that is “very worrying. It was the head of the WHO, Tedros Adhanom Ghebreyesus, who warned of the “bad situation” in which Mexico finds itself after cases, and deaths from covid-19 doubled in that country. “We want to ask Mexico to take it very seriously,” the official urged.

On Tuesday, December 01, 2020, the president argued that his “unconventional” strategies in the face of the covid-19 pandemic have allowed the country to get out of “adversity.”

“Instead of staying with our arms crossed, we decided to face both the health and economic crisis with dedication, efficiency, and unconventional strategies. That has allowed us to gradually come out of adversity for the good of the people and our nation,” AMLO said when presenting his government’s report for the two-year term.