The United States, Brazil, Argentina, and Colombia are among the world’s ten countries with the highest number of confirmed cases.

MEXICO CITY (Times Media Mexico) – Mexico registered this Friday 568 new deaths due to the COVID-19 pandemic, increasing the number of fatalities to 97,624 in the country, informed authorities from the Health Secretariat.

In the last 24 hours, 5,558 new infections were registered for 997,393 confirmed cases. According to the latest report from the Ministry of Health released by yesterday, November 13, Mexico reported 97,624 deaths from covid-19, and 997,393 accumulated positive cases of SARS-CoV-2 coronavirus the Undersecretary of Health, Hugo Lopez-Gatell.

With these figures, Mexico is the eleventh country with the most infections and the fourth with the absolute deaths, according to Johns Hopkins University.

In the daily technical report of the pandemic, increases of 0.58% in deaths and 0.55% in infections were confirmed, in contrast to the figures of the previous day, when the numbers marked 97,056 deaths 991,835 cases.

On August 23, 2020, The Yucatan Times published a trend from the University of Washington, which estimated that by December 2020, Mexico would have, in case of wearing masks, 121 thousand deaths and not wearing masks, more than 130 thousand. At this time, the country is 23,376 deaths from the number projected by the University of Washington then, and the trend indicates that by December, we will reach the projected number. 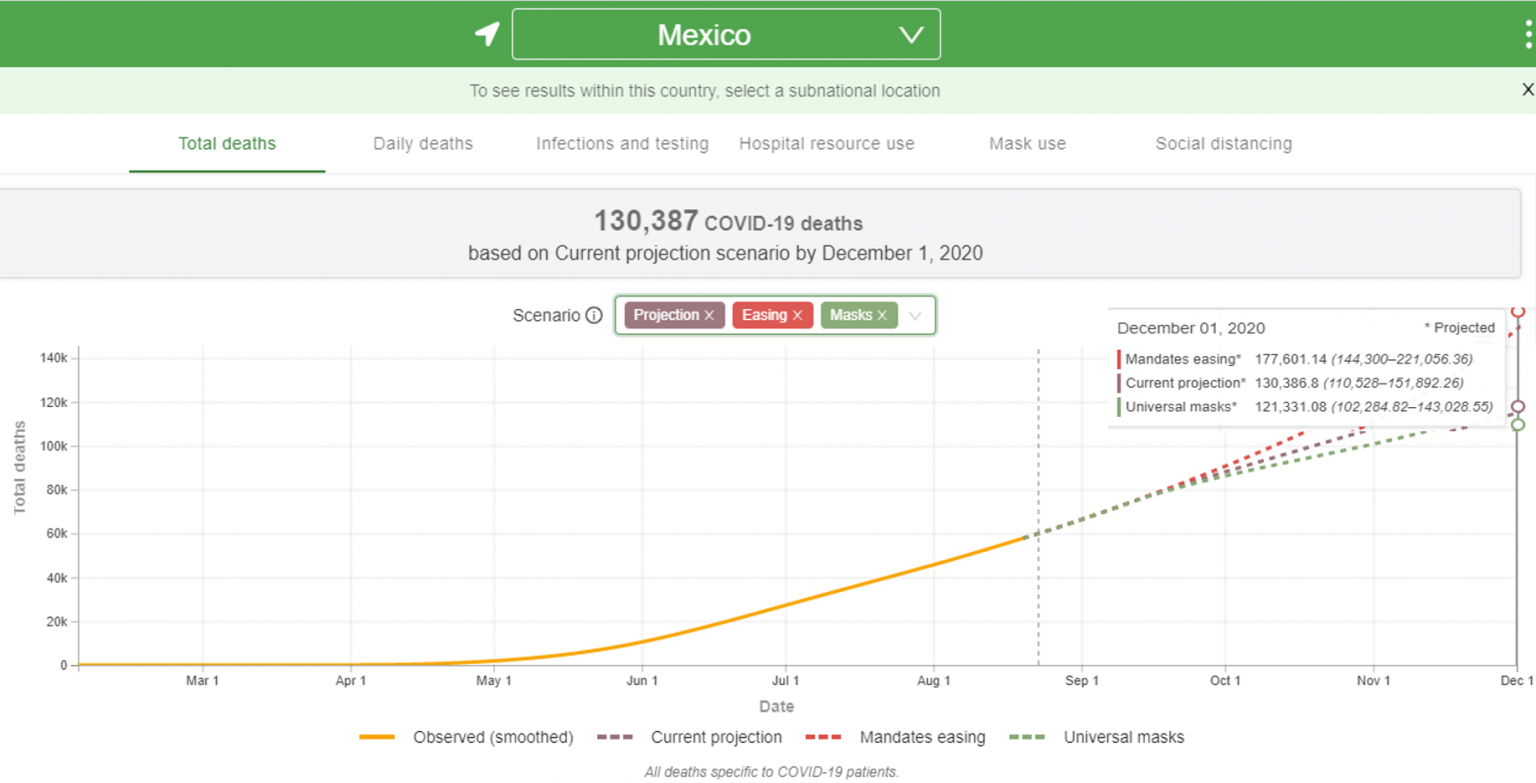 The Lopez Obrador government has had poor handling of the pandemic, and so far, nothing seems to change.