After several days of suspense, the U.S. newspapers were finally able to publish their front pages with a confirmed winner this Sunday, highlighting the image of Joe Biden as president-elect.

“A chaotic mandate ended that unusual defeat of the president in office,” noted the New York newspaper. “With Harris, he rebuilds the “blue wall” invokes a “time to heal.”

“Biden, Harris, and History,” summarized the Boston Globe in its Sunday edition. The former California prosecutor’s arrival at the White House is notable for being the first woman.

A fake image of the New York Post tabloid circulated on social networks with a defeated Trump and the headline “You’re Fired,” which soon went viral, but was disproved with the real design publication.

For its part, the international press welcomes with relief the announced victory of Joe Biden and highlights the “exit without dignity” of Donald Trump, but is concerned about the colossal task that awaits the new president.

“A new dawn for America,” sums up the British newspaper The Independent, highlighting the success of Kamala Harris.

“Sleeping Joe wakes America up,” the Sunday Times says, referring to the pejorative nickname Trump gave his rival during the campaign.

The Sunday Telegraph takes up Biden’s words: “It’s time for America to heal,” the same message chosen by the Sunday Mirror.

“What a release, what a relief: the votes are counted, the days of Donald Trump too. Joe Biden inherits a heavy burden like no other of his predecessors: he must unite America,” stresses the left-wing German daily Süddeutsche Zeitung.

Joe Biden’s victory “slows the pace of national populism. He is not a perfect or inspiring candidate. But it represents the return to the White House of moderation, respect for democratic principles and institutions, and a return to dialogue and multilateralism on the international scene,” considers the Spanish daily El País.

For the Brazilian media group O Globo, “the world is a better place from the moment that a majority of votes were obtained to defeat the populist flight in the United States.”

The Brazilian Folha de Sao Paulo points out that Trump’s defeat is a “punishment for the attacks against civilization” and emphasizes the “lesson” that this represents for the country’s president, the ultra-right-wing Jair Bolsonaro.

A colossal task awaits the Democratic team, insists on the German weekly Die Zeit in an editorial. “Joe Biden will have to quickly find answers to the threats to the economy and the acute danger of the pandemic. That he can, on his own, reconcile the country is unlikely. For Donald Trump to accept defeat is unthinkable. “We are not yet finished shaking for democracy,” he warns.

The conservative daily Svenska Dagbladet notes that “the elections are over, but the conflict continues.

Many media outlets highlight the record of Kamala Harris, who, for the Australian newspaper Sydney Morning Herald “broke the glass ceiling.”

Kamala Harris is “a strong woman, a symbol of renewal, whom Trump saw as a threat,” stresses the Spanish newspaper, El Mundo.

The German tabloid Bild highlights the “exit without dignity” of Donald Trump, who refuses to acknowledge his defeat and promises to continue fighting.

The Australian newspaper Daily Telegraph, owned by Rupert Murdoch, also points out that “he simply will not accept the humiliation of being.” 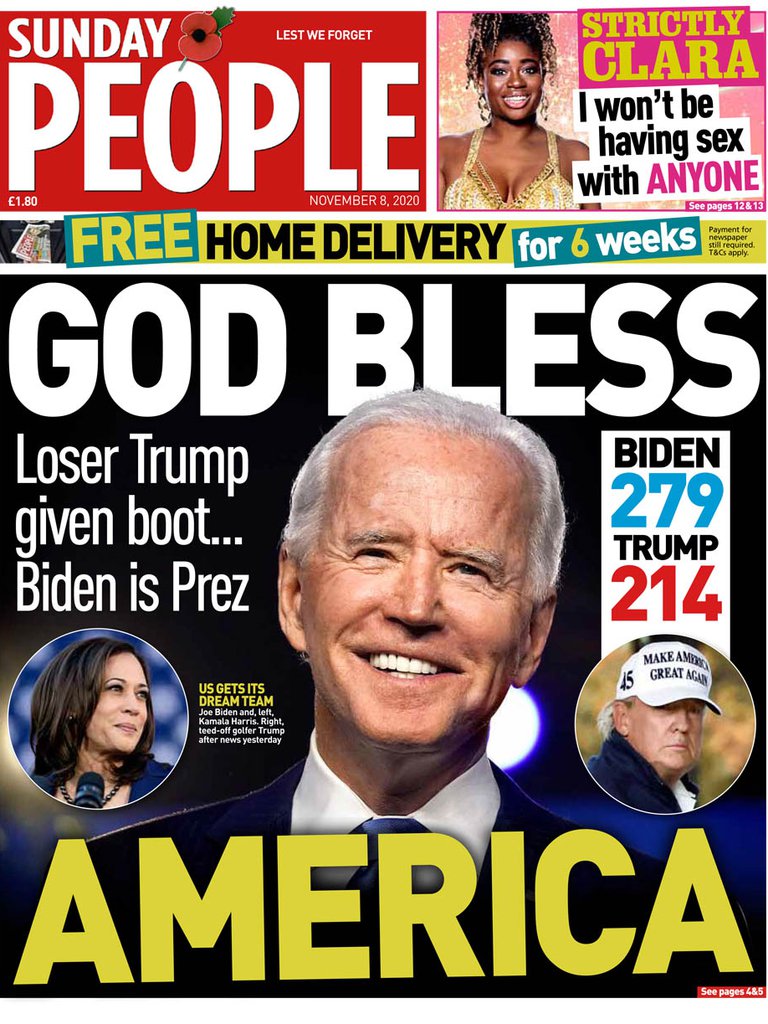 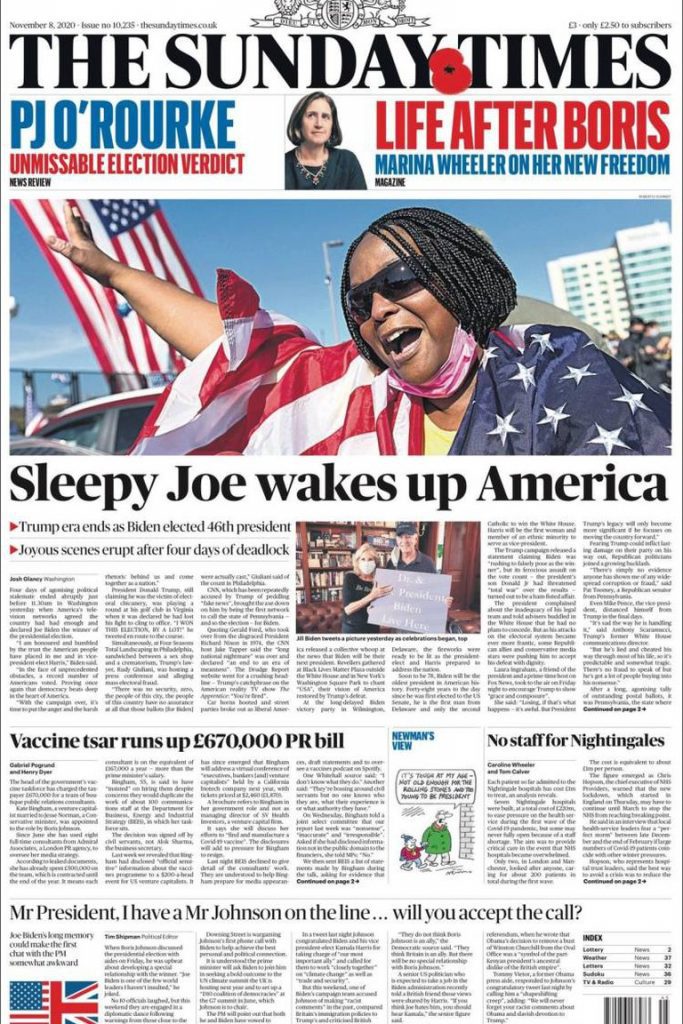 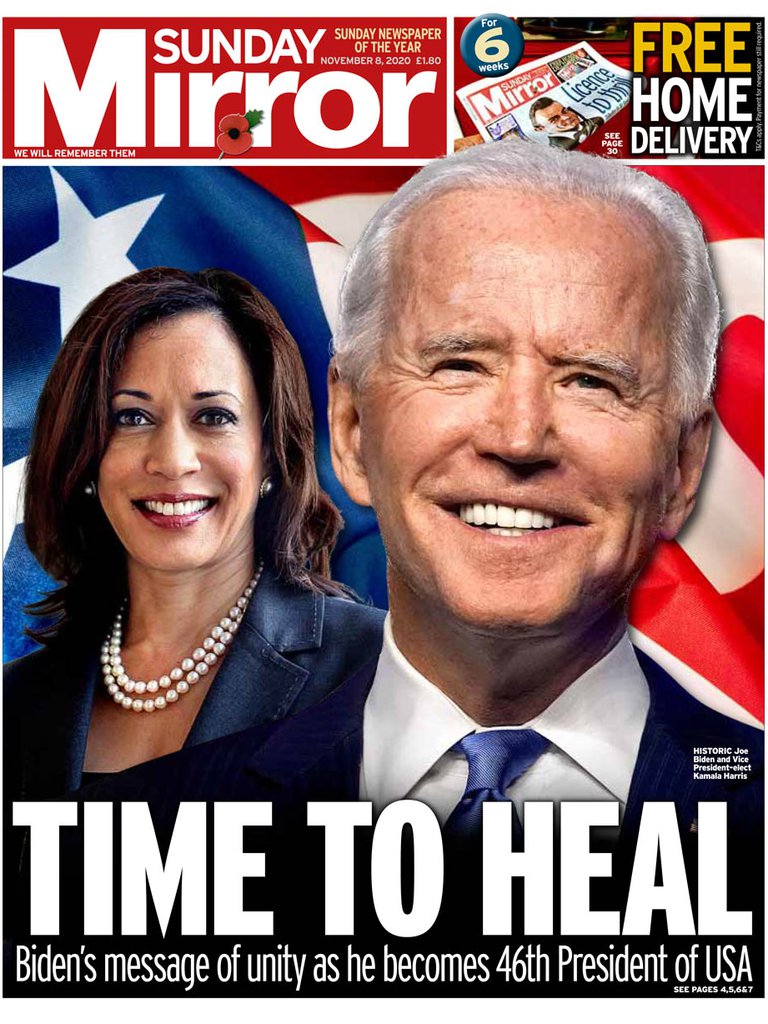 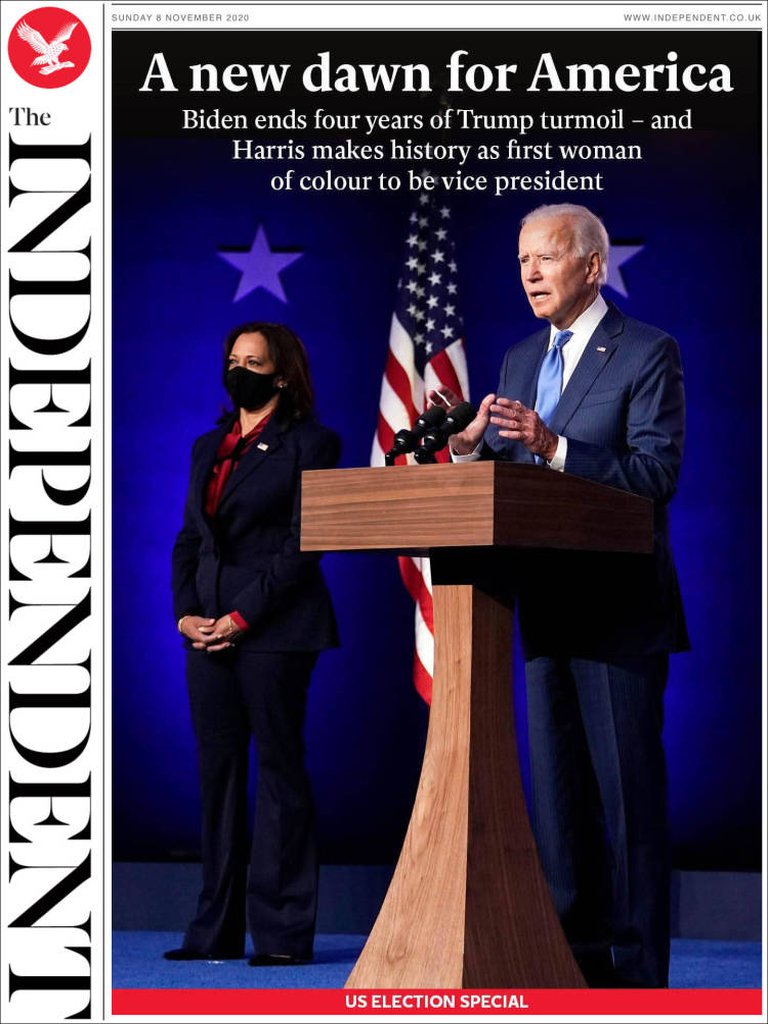 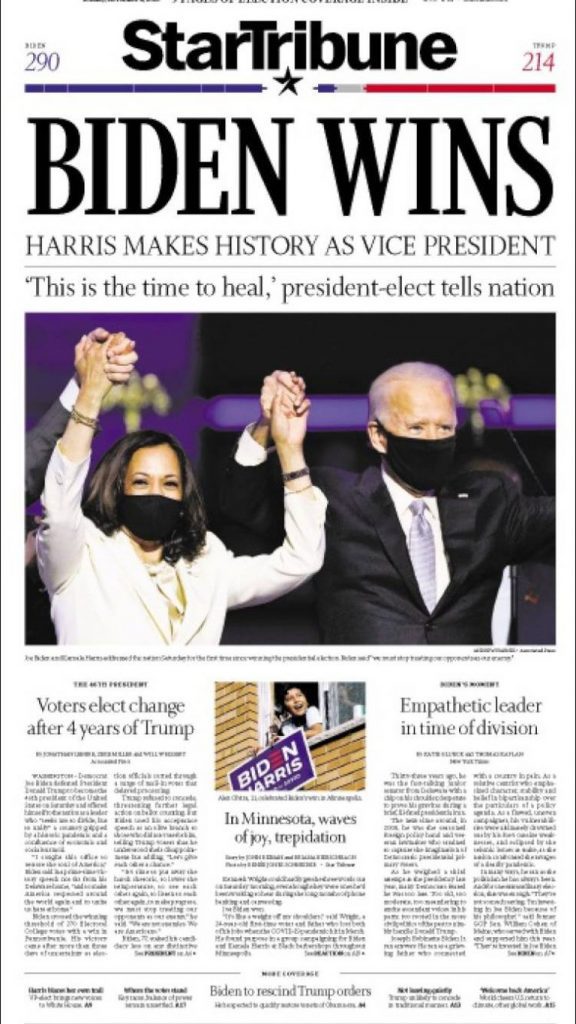 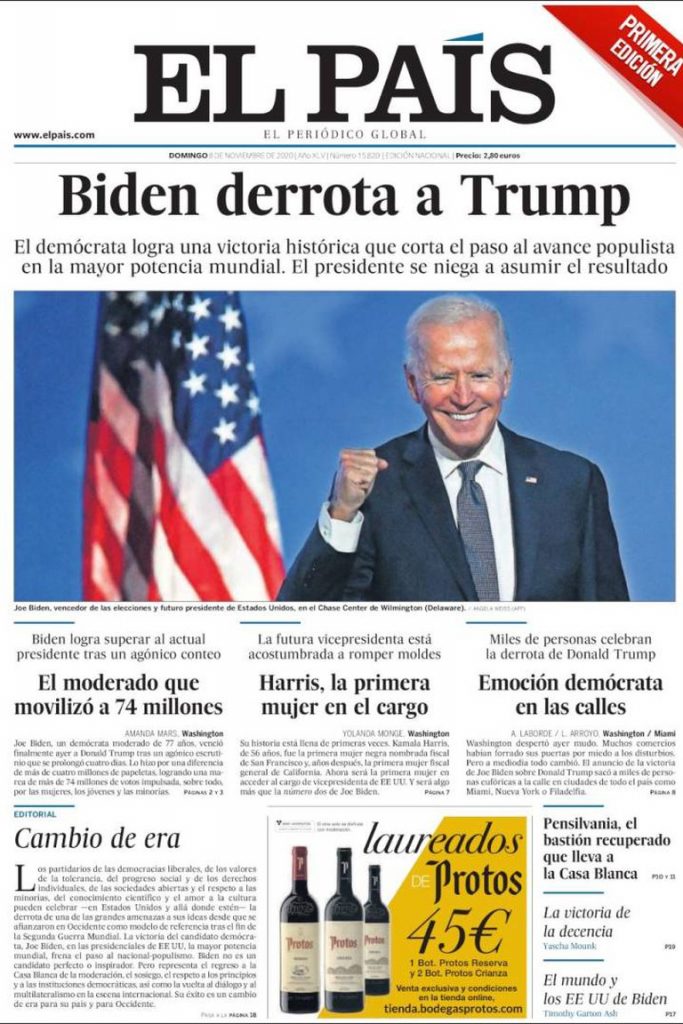 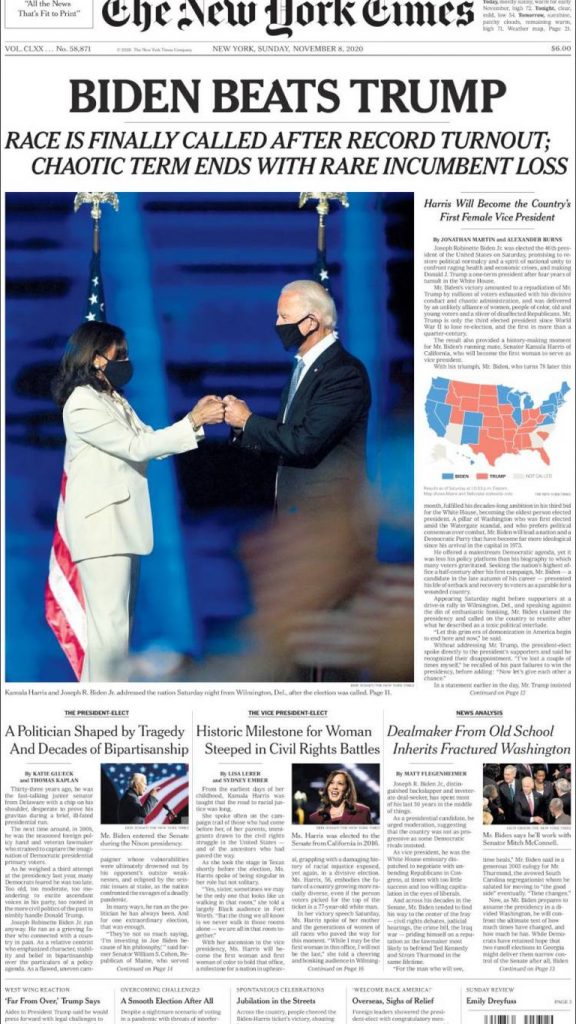 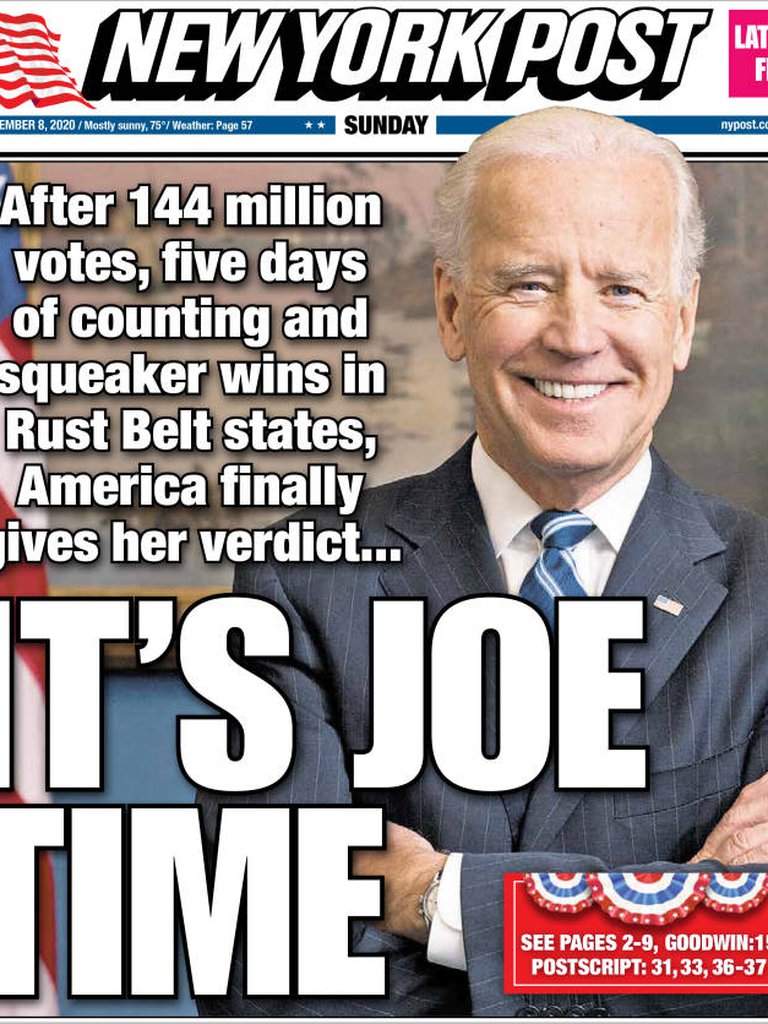 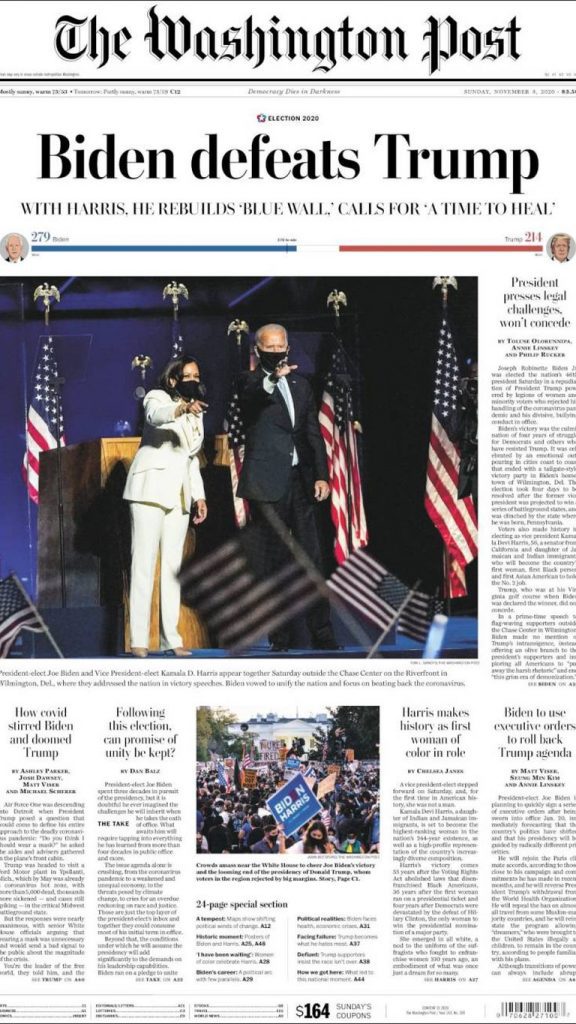 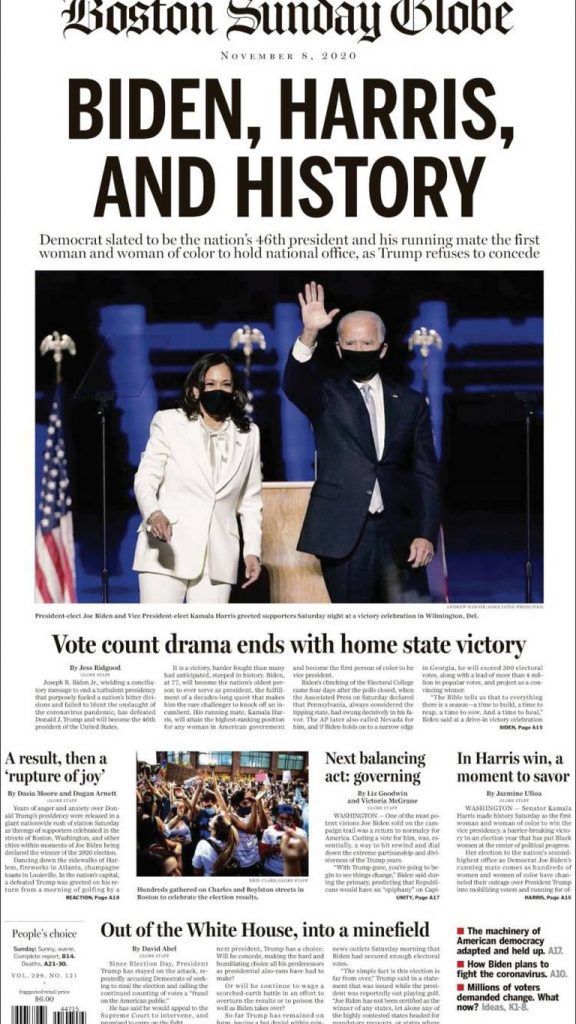 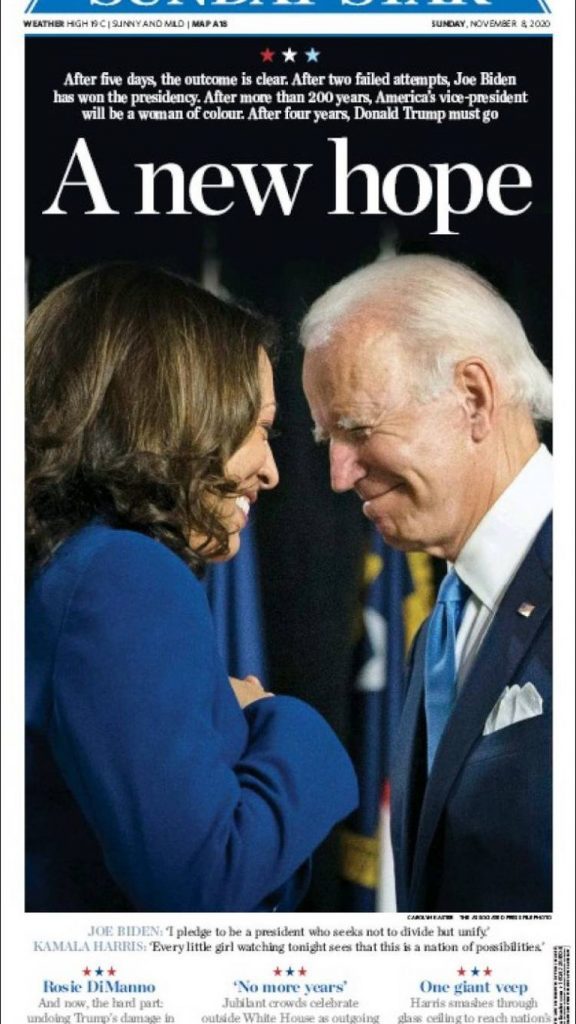 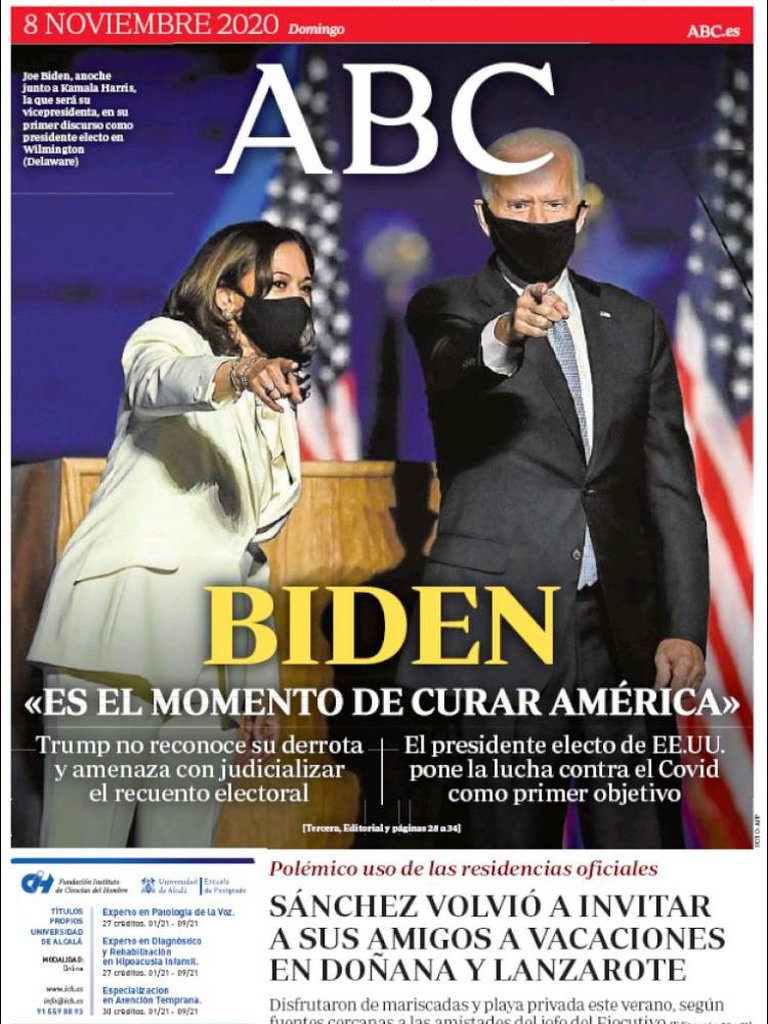 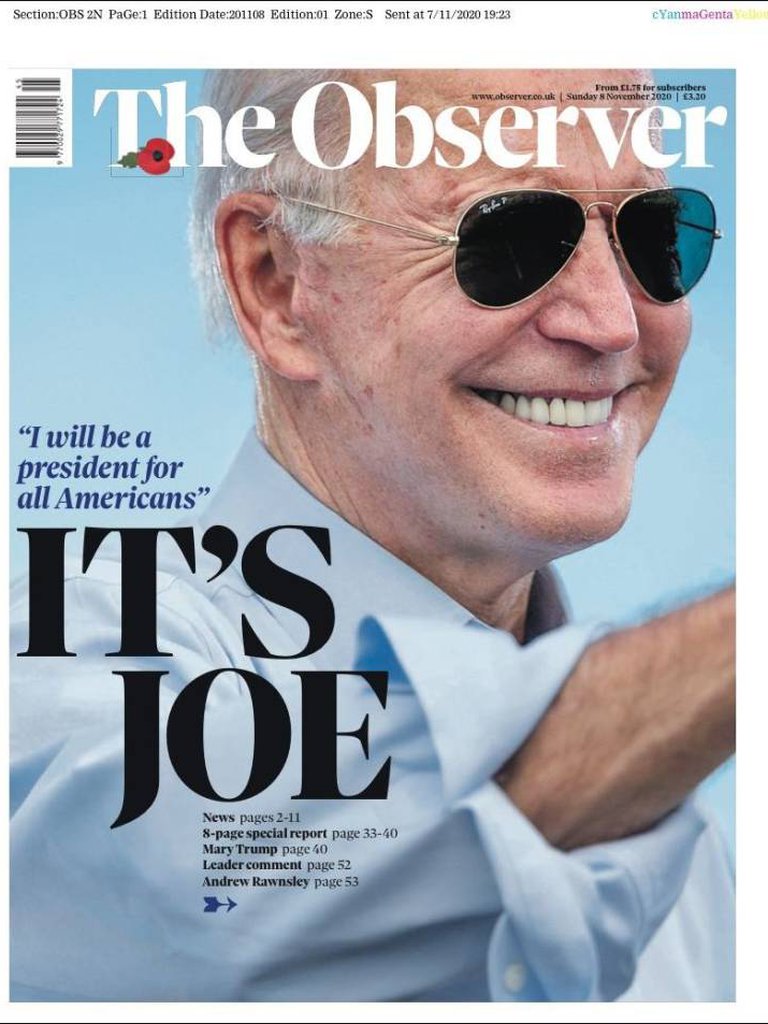 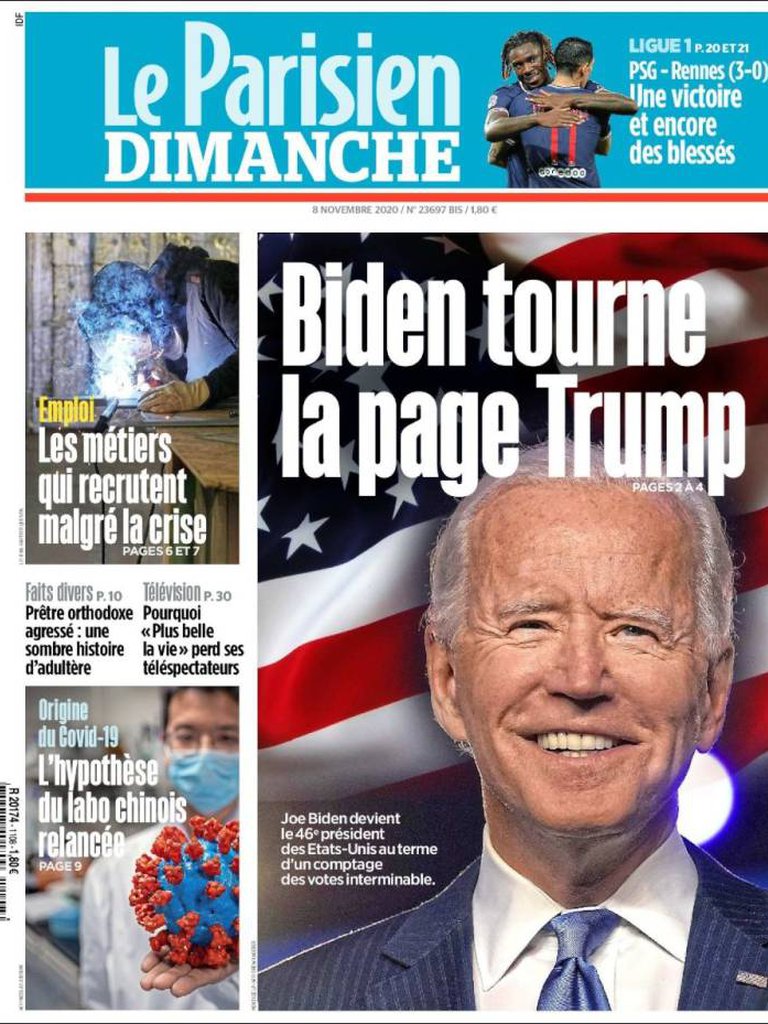