Having a hard time getting a turkey for Thanksgiving?

It is almost impossible to find a Thanksgiving turkey in Rome. I know, because in November of 2009, I scoured the city on an epic, weeks-long poultry hunt.

“Ho bisogno un tacchino intero,” I said to every butcher in town, trying, in bad Italian, to communicate that I needed a whole turkey. “Per… la festa Americana?” They apologized; there wouldn’t be turkeys anywhere until Christmas, and even then, they’d be tough to find.

Finally, on the Wednesday before Thanksgiving, at a noisy market in Esquilino – the Roman Chinatown – a burly man nodded, put down the pig’s head he’d been holding, ducked into a refrigerated room and reappeared with the largest turkey I have ever seen. It still had feathers. 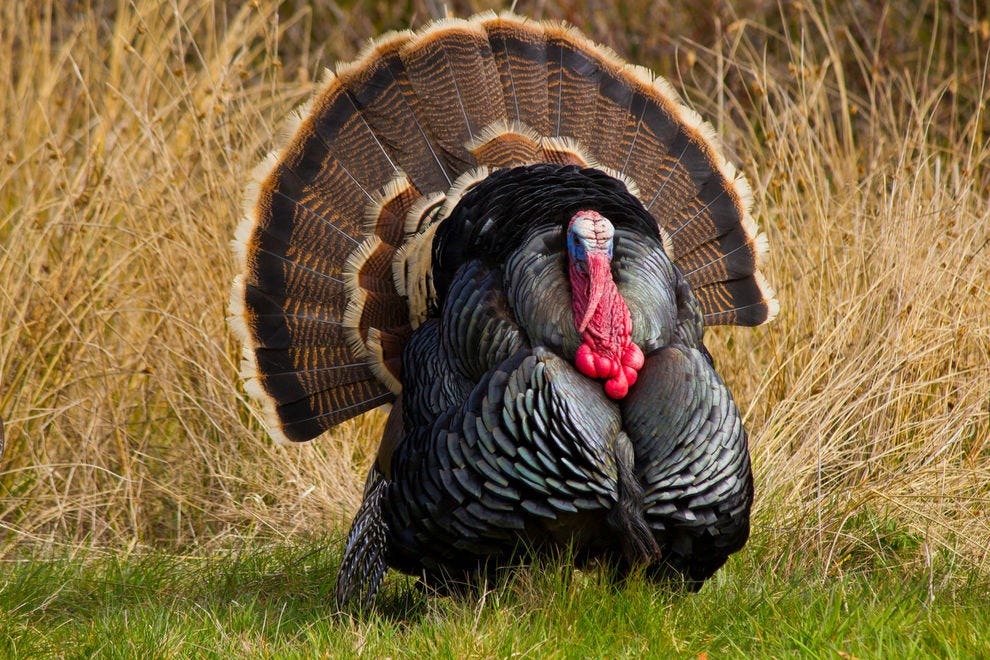 Turkey showing off its feathers — Photo courtesy of iStock / nbiebach

I carried my giant bird home on the metro, cradling it like a baby. I had to remove all the racks from my tiny European oven to roast it, but for me and the 10 other American college students who came to dinner, it tasted like home.

Expats the world over run into the same problem every November. Most countries just don’t eat all that much turkey, and grocery stores abroad certainly don’t stock whole birds. A roasted turkey, it would seem, is synonymous with the good ol’ USA.

But that hasn’t always been the case.

Your Thanksgiving turkey is actually the original Mexican food. Centuries before the conquistadors arrived, the Aztecs and Mayans were serving domesticated turkeys at banquets. The earliest turkey bones to have been discovered, in what is now southern Puebla, date from between 200 B.C. and 700 A.D.

There were even religious festivals in these ancient cultures dedicated to celebrating the tasty fowl. Even today, traditional Mexican recipes, like Puebla-style mole, commonly feature turkey – or “Guajolote,” its uniquely Mexican name.

But the American turkey tradition isn’t a direct import from our southern neighbor, either. In the late 16th century, the Spanish brought turkeys from Mexico back with them to Europe. They soon replaced peacocks and swans as the big bird of choice for holiday meals in England, and it wasn’t until the mid 1600s that the British imported the Mexican breed to Jamestown. Yes, there are layers of colonialism to this story.

That’s not to say there wasn’t turkey at the “first Thanksgiving.” Fossils of Meleagris gallopavo – early ancestors of the turkey – have been found from Virginia to California, and early colonists’ journals mention the Pilgrims “gathering wild fowl.” But they were chowing down on a much different breed than the big-breasted gobblers that originated in Mexico; turkeys native to the U.S. are smaller and gamier, characterized by dark meat.

There are still populations of these wild turkeys in every U.S. state except Alaska, but unless you’re planning to hunt for your dinner, your turkey will be a Mexican descendant, too. 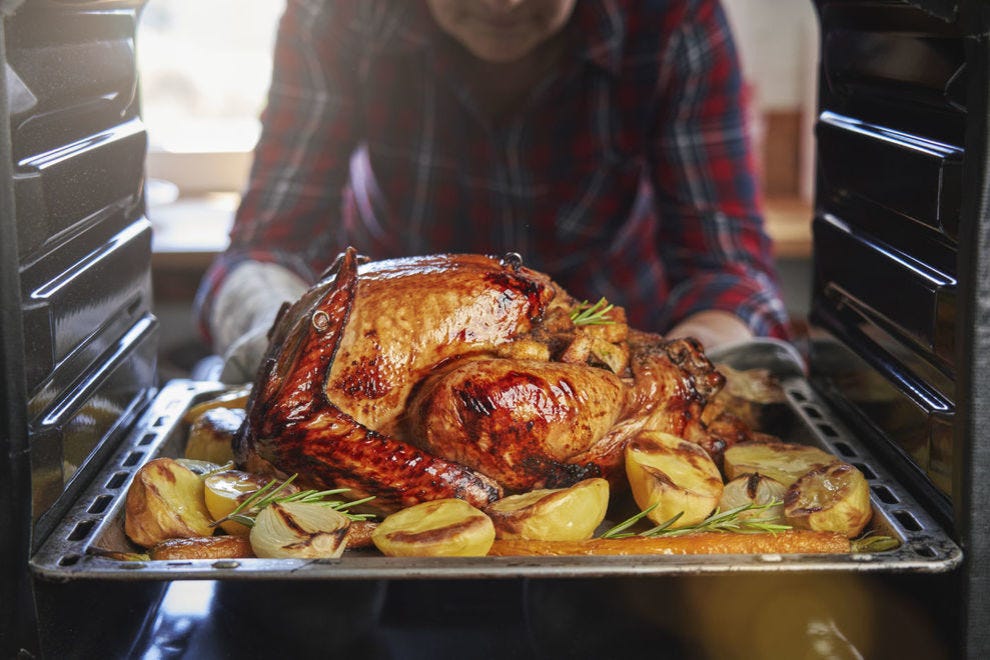 Despite its status as an import, the turkey quickly became an American symbol. In 1843, Charles Dickens’ “A Christmas Carol” – which ends with Ebenezer Scrooge delivering a turkey to the Cratchit family – became hugely popular in the states, making a further case for turkey as a holiday delicacy.

By the time then-President Abraham Lincoln declared Thanksgiving a national holiday in 1863, it had become the main course of choice. A recent survey conducted by the National Turkey Federation found that at least 88% of Americans now have turkey at their Thanksgiving dinner.10BESTHow to make mashed potatoes into the star of your Thanksgiving

At present, the United States is the world’s biggest producer of turkey meat by a considerable margin, accounting for about as much as the rest of the world put together. According to the USDA, more than half of the approximately 229 million turkeys raised annually in the U.S. come from just five states – Arkansas, Indiana, North Carolina, Minnesota and Missouri – and 44 million of them are eaten on Thanksgiving alone.

While most American-grown birds are consumed domestically (it’s estimated the average American eats a whopping 17 pounds of turkey a year), the U.S. does export some. Hong Kong gets a respectable number – around 10,000 – and Canadians end up with about 7,000, but the primary destination of turkey exports, with more than 100,000 sold annually? Wait for it…