Day of the Dead: Mexicans’ Relationship with Death

The Day of the Dead has been celebrated in Mexico since before the arrival of the Spaniards. It was a celebration common to all Mesoamerican cultures with a similar concept of death and its meaning.

MERIDA Yucatan (Times Media Mexico) – The Day of the Dead is celebrated on November 1 and 2. It is perhaps one of the most important Mexican celebrations. These days, we honor our dead. This celebration of life, in death, goes back to the pre-Hispanic era. After the Spaniards’ arrival, it was mixed with the Catholic celebrations of the faithful dead, creating a syncretism. 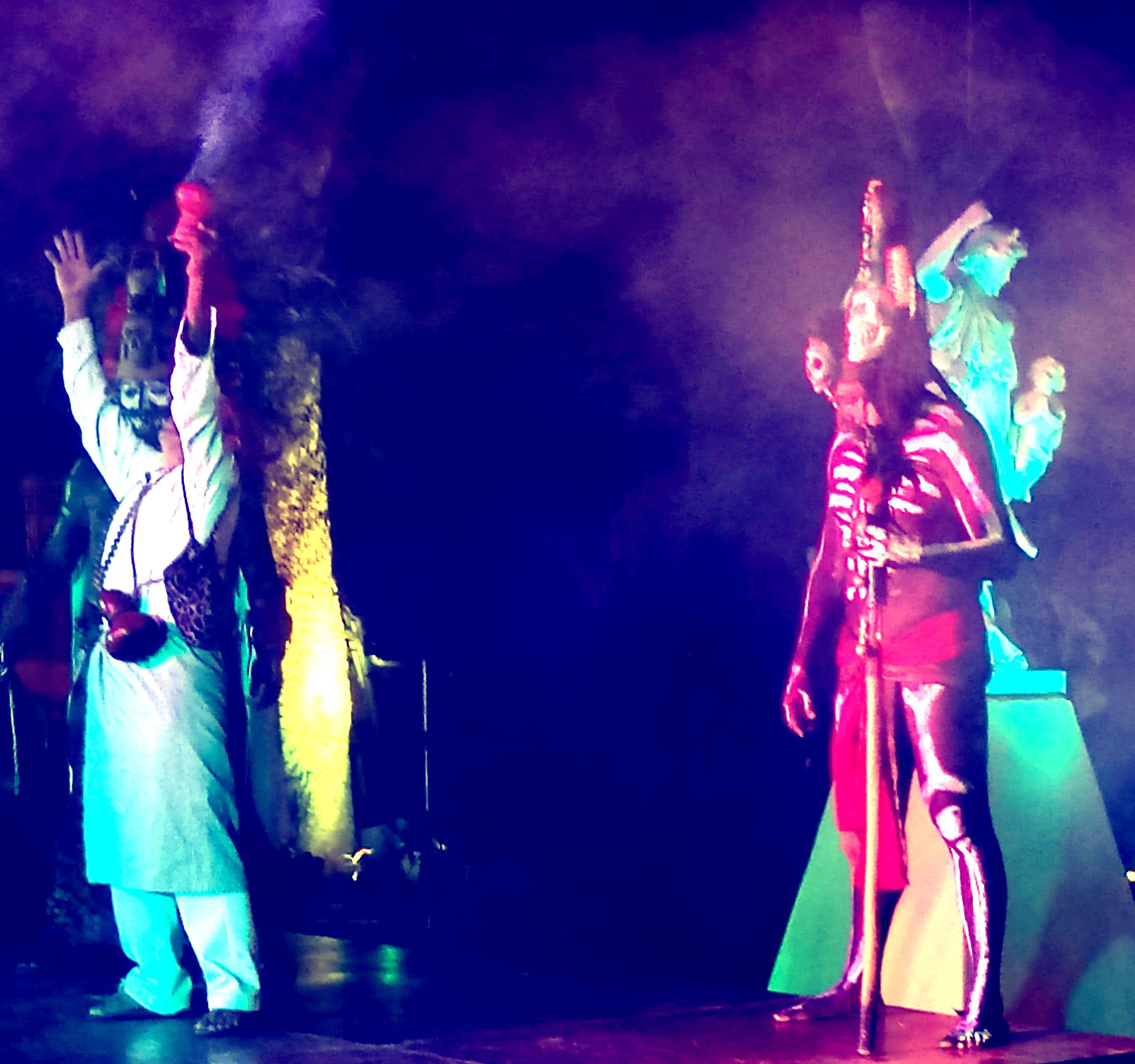 When was the tradition born?
The Day of the Dead has been celebrated in Mexico since before the arrival of the Spaniards. It was a celebration common to all Mesoamerican cultures with a similar concept of death and its meaning. In these cultures, the destiny of the dead was marked by way of life a person had. With the Spaniards’ arrival, a syncretism was created, and new Catholic elements and meanings were added, being the cross of flowers the most significant of these elements.

The celebration occurs on the 1st and 2nd of November, although it usually starts on the night of October 31st when the first candles are lit to receive the dead children. The 1st is the Day of All Saints, November 2nd is the celebration of life.

On the night from the 1st to the 2nd, the offering reaches its maximum splendor. Prayers are made, and in some areas of the country, the night is spent in the pantheons. It is the Day of the Faithful Departed. At the end of the celebration, on the 2nd, all the dishes and drinks of the offering are savored. 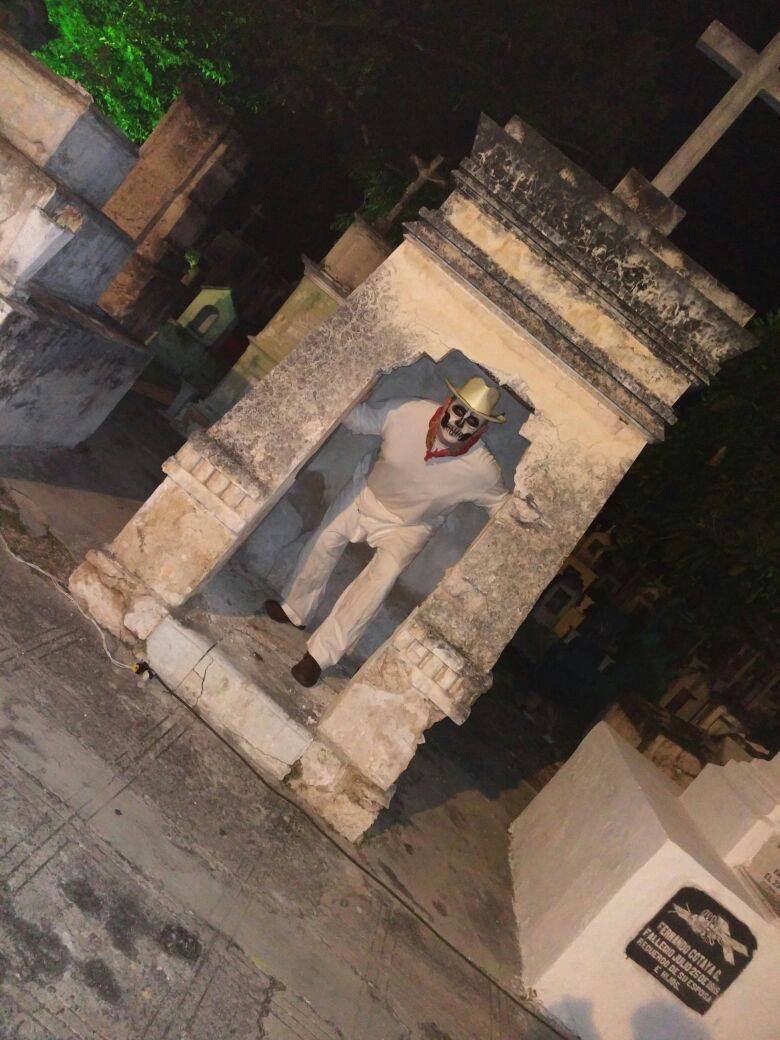 The connotation of death in Mexico
Death was meaningful in Mesoamerican cultures. The underworld was called Mictlan, and Mictlantecuhtli was the lord of death.

The final destiny of people was determined by the behavior developed in life. From these times comes the relationship Mexicans have with death. The Day of the Dead ritual allows us to approach our final destination without fear, to find our loved ones again. Death is feared, respected, but we come it, Mexicans laugh to hide their fear.

The Underworld
For the Mexicas, the Mictlán was the place of the dead, where the dead went through a four-year process of leaving the body and emotions in their wake.

Nine levels were obstacles that people had to overcome. In the first, there was a river that people crossed with a Xoloitzcuintle, a hairless dog emblematic of Mexico. Afterward, they entered caves, climbed obsidian mountains, resisted cold winds, lost the force of gravity, received arrows, among other actions.

The last level represented the passage of nine rivers and was like meeting all emotions in purification.

The Day of the Dead as a celebration.
To prepare the offerings, all family members participate. It will be a place of veneration. At the end of the commemoration, the family proceeds to eat the “ofrenda,” which was also taken, in essence, by the deceased members of the family. For this purpose, an altar is built with flowers and candles where food, drink, and sweets offerings, which the dead liked, will be placed. On the altar, images of the deceased family are placed to which this offering is dedicated. 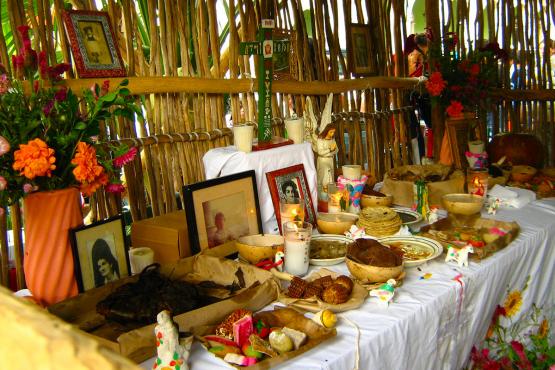 The candles and candles are left lit. Depending on the place in Mexico, this is the type of food. In Yucatan, for example, the “mucbilpollos” also known as pib, fruits, bread, and the favorite food of the deceased are placed, as well as the drink of their preference in the offering, from coffee or chocolate to beer, tequila, or aguardiente.

The altar is dressed with a white tablecloth and decorated with chopped paper and cempasúchil flowers that mark the way back home.

Although Mexico is not the only country in the world with this relationship with death, it is the country where this tradition has acquired a greater magnitude than in other places.