Coronavirus in Merida; more than 100 cases in just 24 hours.

MERIDA Yucatan (Times Media Mexico) – As it has happened every day this week, on Saturday, the new cases of the Covid-19 Coronavirus exceed the one hundred mark, according to the report from the state Health Secretariat.

The secretary informs that in the last 24 hours, 129 cases have been registered and that, unfortunately, four people died.

Of the total number of positive cases, 20,123 have already recovered (102 more than yesterday) and represent 85 percent of the total. 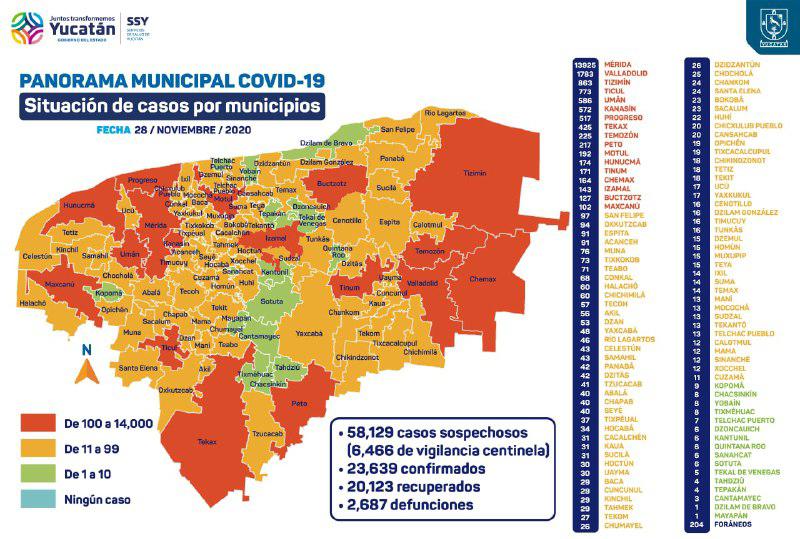 To date, there are a total of 829 active cases (23 more than yesterday), which are the people who have presented symptoms of Covid-19 in the last 14 days.

The SSY also reported that 683 of the active cases (19 more than yesterday) are stable, isolated, and continuously monitored by medical personnel; they present mild symptoms. They are foreign or from another country, 204 of the infections. Hospitalizations to date total of 146 (4 more than yesterday). Besides, there are other hospitalized patients awaiting diagnosis.

The vast majority of infections in Merida
Of the 129 positive cases confirmed today: 107 in Merida, 5 in Kanasin, 4 in Motul and Uman, 2 in Valladolid, and one in the municipalities of Dzoncauich, Hunucma, Izamal, Peto, Progreso, and Timucuy. The infection of a foreigner was also reported. 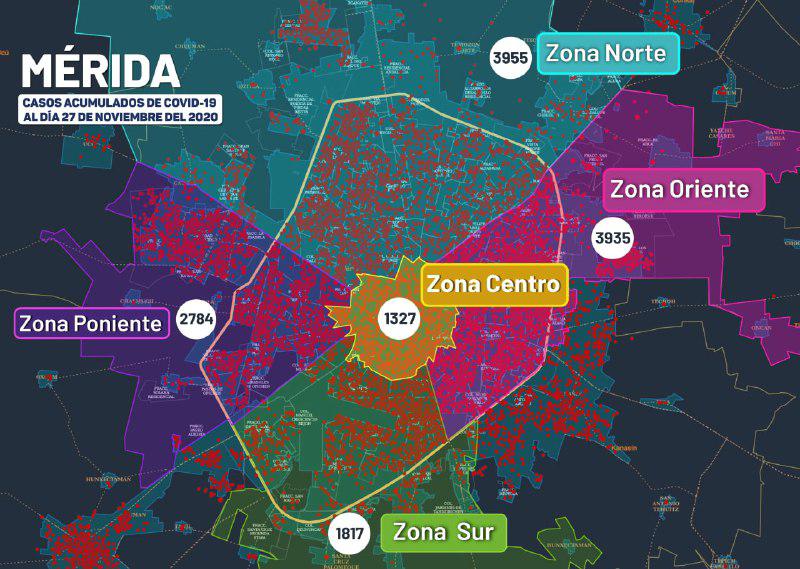 Since March 13 (the date on which the first positive case was confirmed), 58,129 cases have been detected in the entity (400 more than yesterday), of which 6,466 are part of the “sentinel surveillance.”