A lot of tweeting and not much else.

WASHINGTON D.C. (The New York Times) – In the three weeks since Election Day, President Trump’s most visible presence has been on Twitter. Since Nov. 3, he has posted some 550 tweets — about three-quarters of which attempted to undermine the 2020 election results’ integrity. 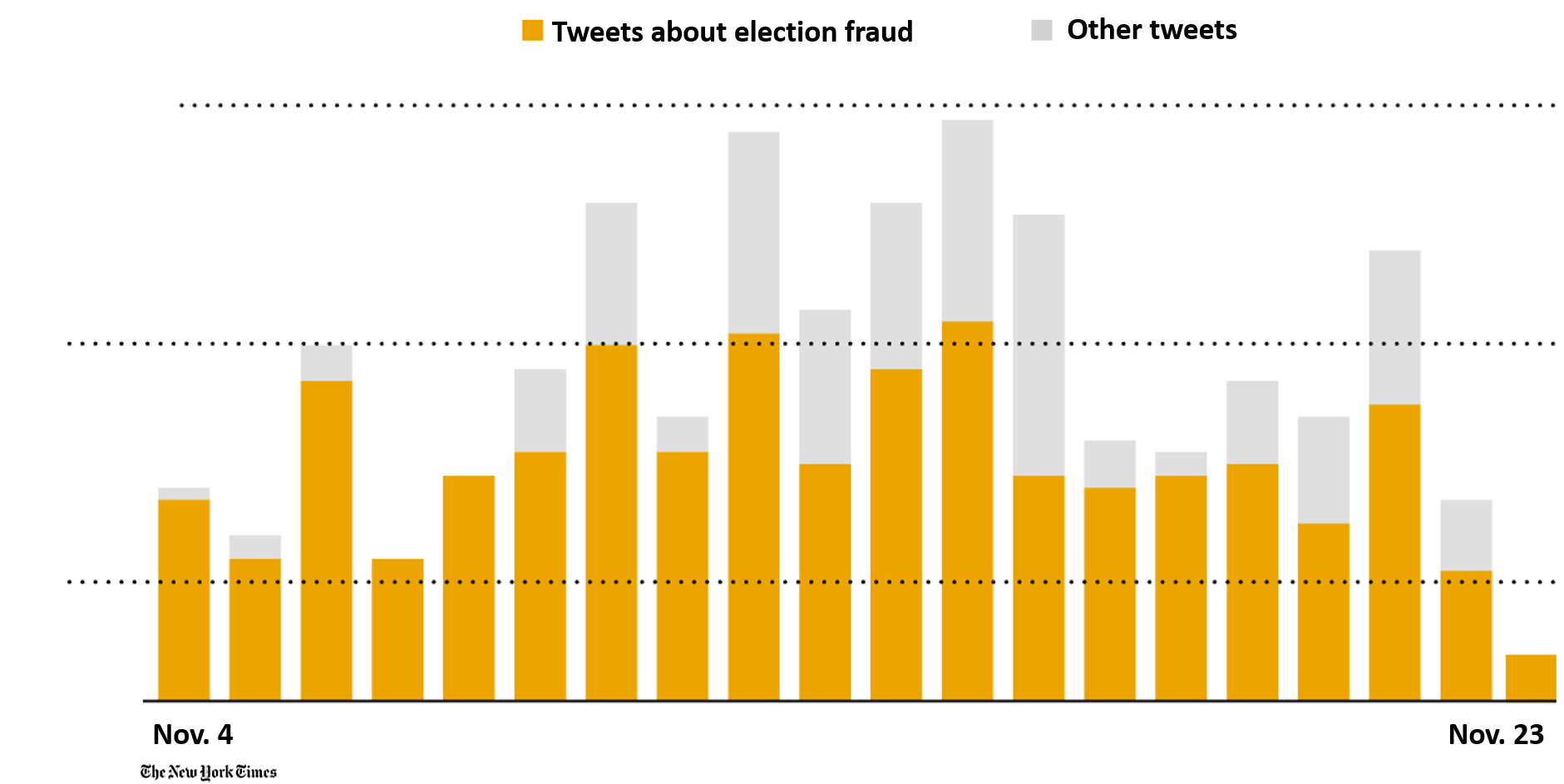 In total, the president attacked the legitimacy of the election more than 400 times since Election Day, though his claims of fraud have been widely debunked.

As Mr. Trump’s attacks continue, the coronavirus pandemic rages on, worse than ever. More than 25,000 people in the United States have died from Covid in the past three weeks.

Meanwhile, Mr. Trump’s public calendar has been remarkably light, especially relative to his pre-election schedule, when he often attended multiple campaign rallies in a single day.

From Nov. 4 to Nov. 23, he has had just eight days with an official schedule, though he has managed to maintain his weekend golf plans at his club in Virginia, as he has done most weekends in Washington.

In a number of tweets, Mr. Trump said unequivocally but falsely that he won the election. His path to overturn the election results through the courts has all but vanished after a series of legal defeats in battleground states.