Its cloud bands will cause torrential rains to be extraordinary and very strong winds in the Yucatan Peninsula, as well as high waves in the coasts of Quintana Roo and Yucatan. 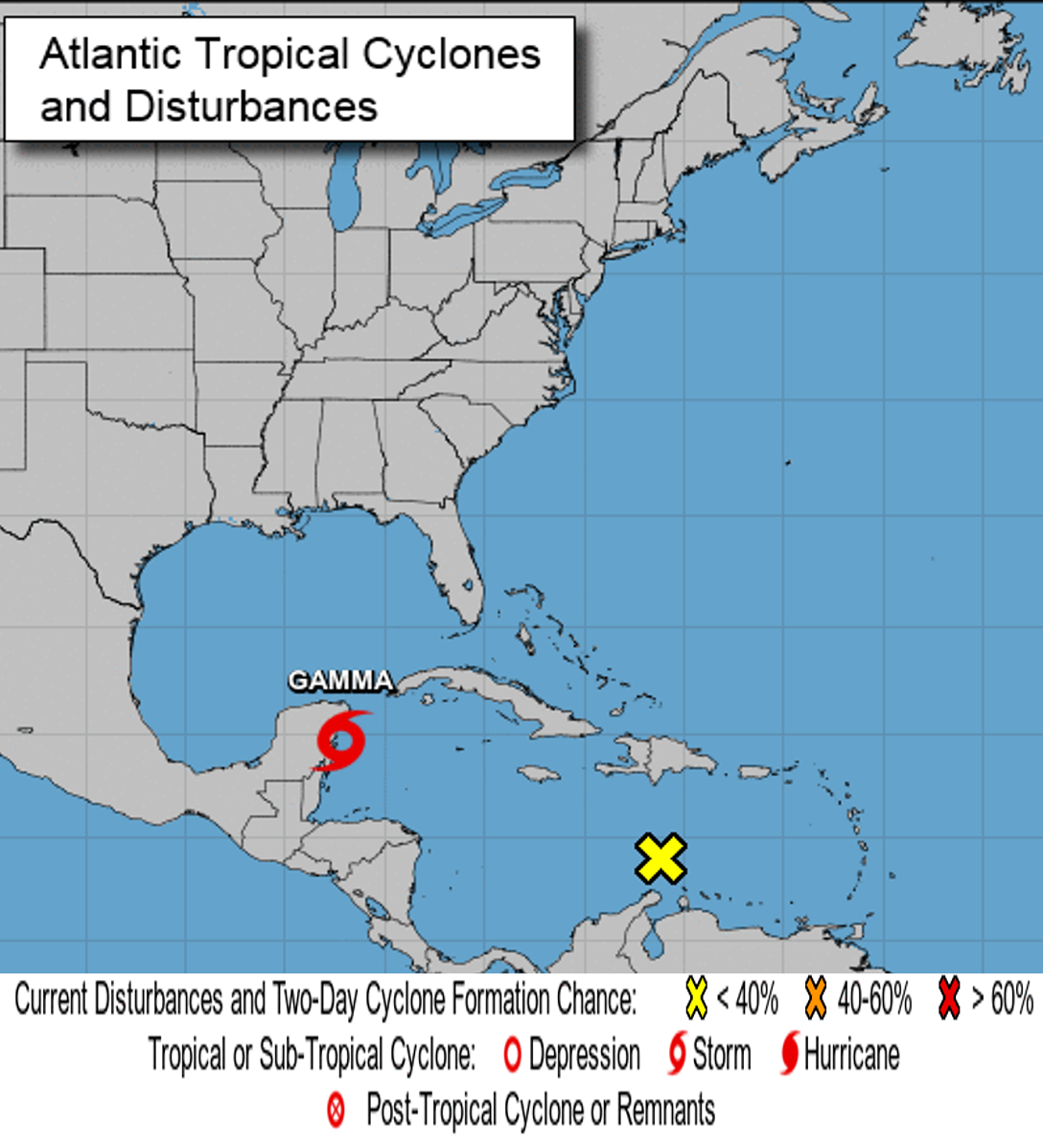 Currently, Gamma is located east-southeast of Punta Allen, Quintana Roo, and south-southeast of Tulum, Quintana Roo. Tropical Storm “Gamma” continues to intensify as it heads toward Quintana Roo. Its cloud bands will cause occasional torrential to extraordinary rains and extreme winds in the Yucatan Peninsula, as well as high waves in the coasts of Quintana Roo and Yucatan. 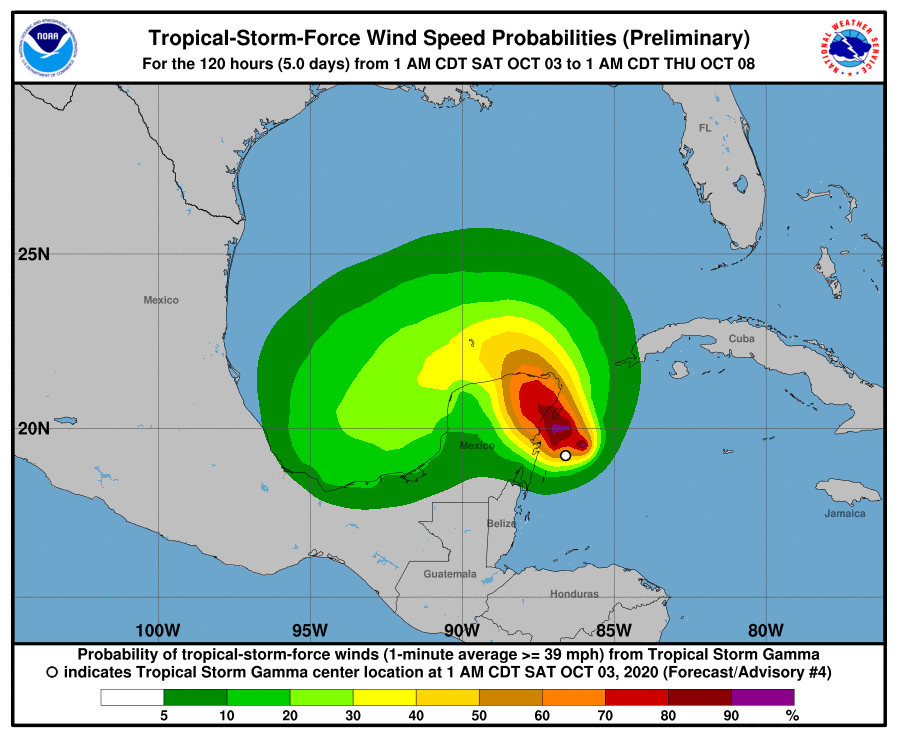 Intense to extraordinary rains are forecast in the Mexican southeast and hefty rains in southern Veracruz and powerful winds and waves of 2 to 4 meters in the coasts of Yucatan and Quintana Roo, with possible formation of waterspouts.

The authorities asked the states’ population mentioned above to take extreme precautions and heed the Civil Protection authorities’ recommendations. 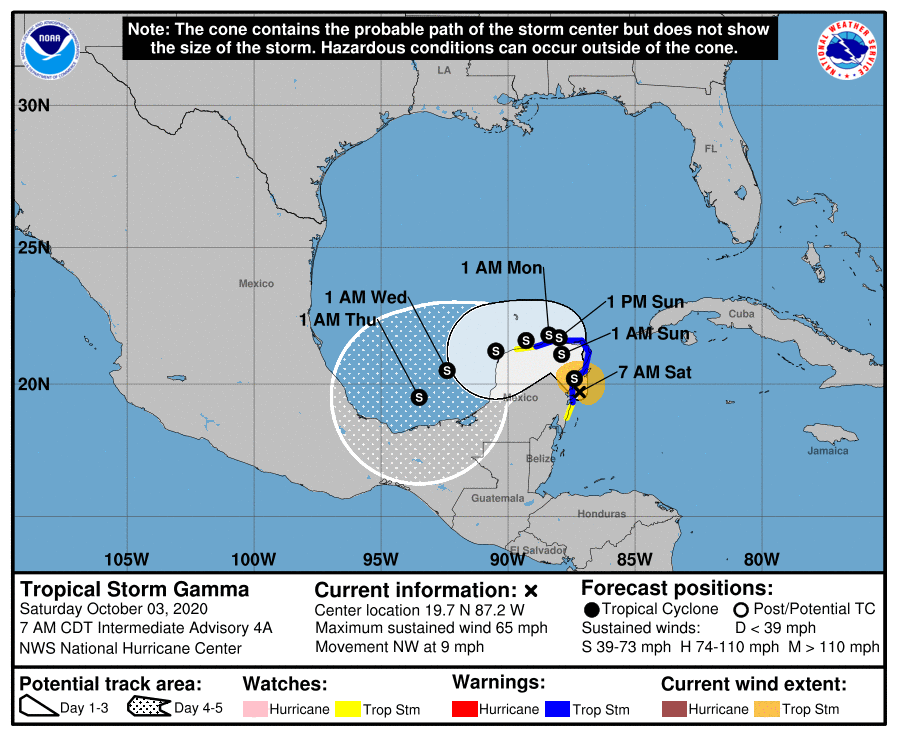 According to the expected trajectory, Tropical Storm Gamma will remain as such until next October 7.