There are three possible cyclones in the Atlantic.

In addition to the storm “Gamma,” which made landfall in the Yucatan Peninsula, two waves and a disturbance with cyclonic potential are being monitored in the Atlantic, which could develop in the coming days.

MERIDA Yucatán (Times Media Mexico) – According to the U.S. National Hurricane Center, a tropical wave located over the central Caribbean Sea is producing an area of disorganized showers and thunderstorms. Environmental conditions are expected to become more conducive for development. A tropical depression is likely to form during the early or middle portions of next week while the system moves westward or west-northwestward at about 15 mph across the central and western Caribbean Sea and then into the southern Gulf of Mexico. 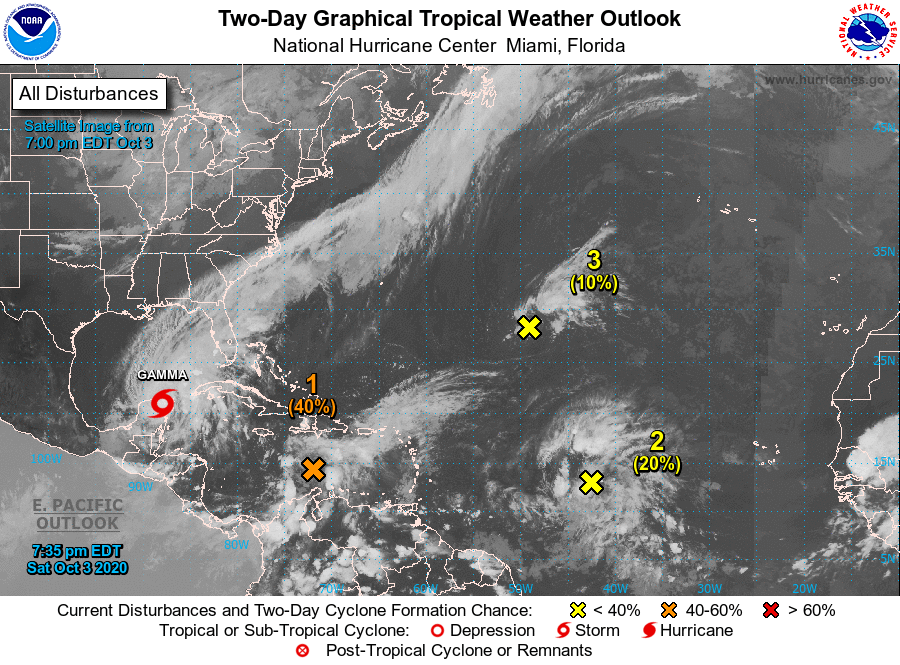 Disorganized showers and thunderstorms continue in association with a tropical wave located over the central tropical Atlantic. This system’s slow development is possible during the next couple of days while it moves west-northwestward or northwestward at 10 to 15 mph.

An area of disorganized showers and thunderstorms over the central Atlantic more than 1000 miles east-southeast of Bermuda is associated with a surface trough of low pressure.