Thousands of people protest against AMLO.

AMLO launched a challenge. “One hundred thousand protesters, and I’ll leave.” FRENAA brought them together.

Shouting –FUERA LOPEZ! -out with López!- A large contingent left the vicinity of the Monument to the Revolution and advanced on Avenida Juárez, to reach the plateau of the capital’s Zócalo, where they joined the demonstration that other members of the Front had already held since last September 25. 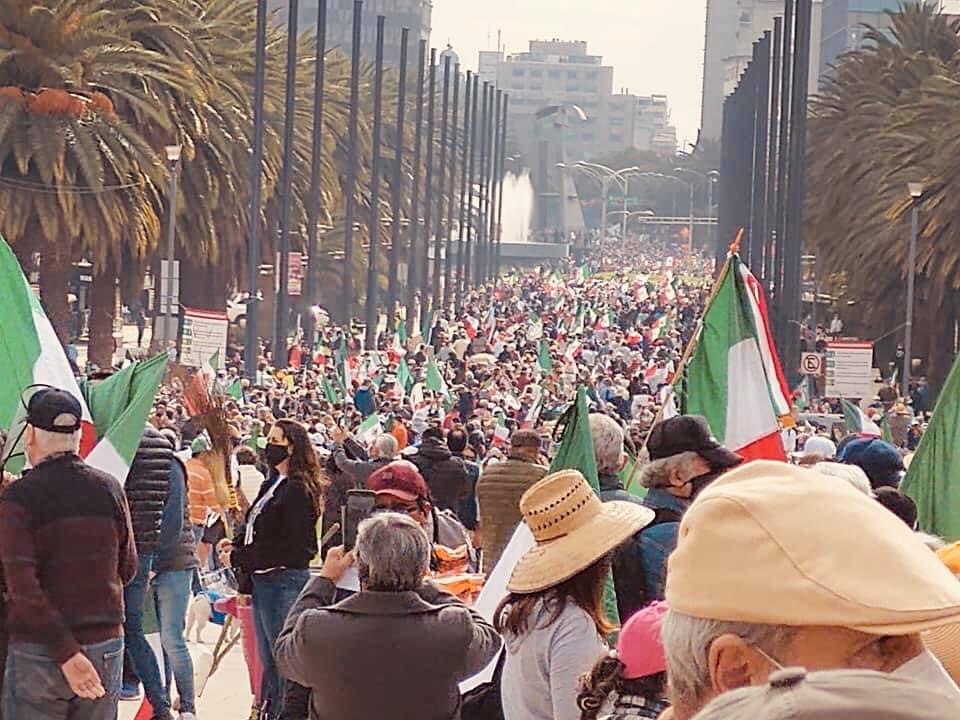 During their way through the streets of the capital, the protesters launched slogans against López Obrador, while ensuring that they sought to bring together more than 100,000 people to demonstrate to the president that many people demand his resignation.

The group has filed a complaint with the Inter-American Commission on Human Rights (IACHR) against the federal government for preventing them from occupying the entire plateau of the Zócalo in Mexico City, which they already achieved this Saturday. 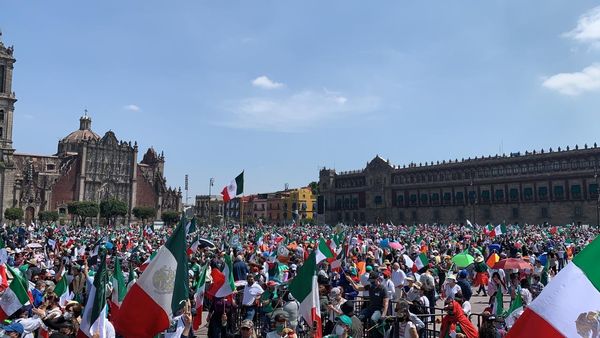 Who is FRENAA?
FRENAAA is a civil group made up of people from all walks of life. Employees, business owners, merchants, entrepreneurs, upper class, middle class, and lower class. Upon arrival at the Zócalo plate this Saturday, the attendees were registered before a notary public. According to a communication from FRENAA at 10:35 a.m., there were congregated more than 100,000 people. According to the government, in ttal there were only 5 thousand demonstrators.

The challenge made by AMLO
On September 29, during his press conference at the National Palace, Andrés Manuel López Obrador challenged those dissatisfied with his government. He said the first demonstration of 100,000 people against him, and that as soon as he sees in the polls, he no longer has the people’s support, he will not wait for the revocation of the mandate. He will go to his farm in Palenque, Chiapas.

“How do authoritarian governments collapse? With the people, with the large mobilizations. People take to the streets hundreds, thousands, millions. In my case, at the first demonstration of 100 thousand or if I see that in the polls, I don’t have the support, I’m out to Palenque, Chiapas. I won’t even wait for the revocation of the mandate. You see, I have principles and ideals.” AMLO said.

López Obrador assures that “The People” want the Fourth Transformation -4t- as he calls it… However, every day, more people are dissatisfied with his government, and Mexico is experiencing an increasingly conflictive situation between those who support and accuse his administration.

The situation is such that sociologists, communicators, and intellectuals see a panorama that could lead to violent events.