The order comes as Trump seeks to mobilize his white voter base in the fight for re-election amidst controversy and tension in the country over the issue of racism.

In a letter to federal agencies Friday, the director of the Office of Management and Budget said the president recently became aware of the racial sensitivity programs, which encourage frank conversations about race in the workplace and discuss potential actions to combat systemic racism. 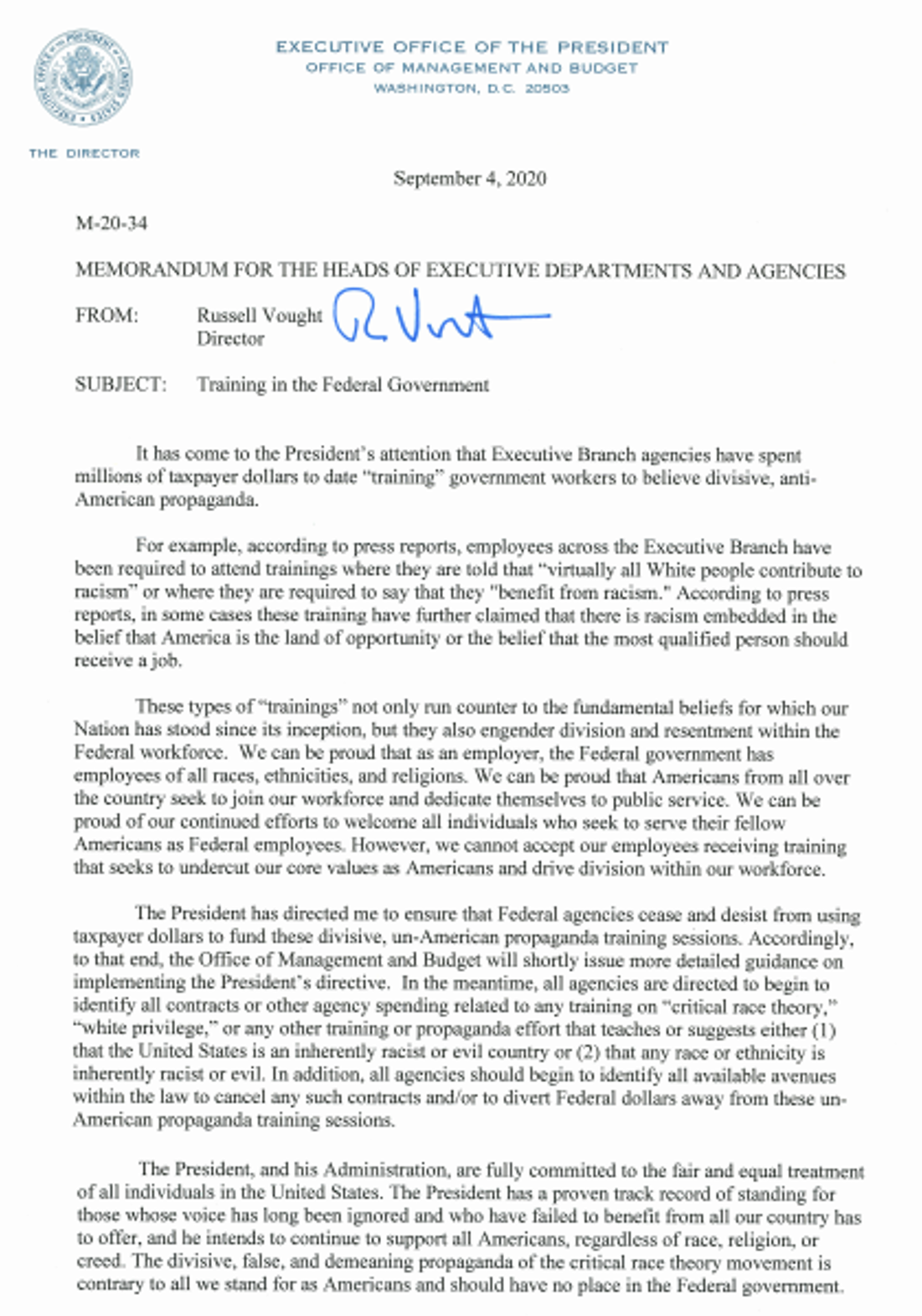 The memo, issued by OMB Director Russell Vought, reads in part: “All agencies are directed to begin to identify all contracts or other agency spending related to any training on ‘critical race theory,’ ‘white privilege,’ or any other training or propaganda effort that teaches or suggests either (1) that the United States is an inherently racist or evil country or (2) that any race or ethnicity is inherently racist or evil.”

The memo said agencies “should begin to identify all available avenues within the law to cancel any such contracts and/or to divert Federal dollars away from these un-American propaganda training sessions.”

The White House said in a statement that “according to press reports, employees in the executive branch have been required to attend trainings that tell them that ‘virtually all white people contribute to racism’ or that they should say that they ‘benefit from racism.

The presidential administration then reported that it was ordered to “ensure that federal agencies stop using taxpayer money to fund these divisive and anti-American propaganda training sessions”.

Following the death of African-American George Floyd by a white police officer in May, protests erupted in many cities in the U.S. and around the world condemning police brutality.

The case of abuse against Floyd was joined by that of Jacob Blake, a black man who was shot by a white police officer in Kenosha, Wisconsin, and who, because of his injuries, was paralyzed.

The anger in the cities grew as they saw the images of Blake’s assault in front of his wife and children.

In addition, this week recordings of the arrest of Daniel Prude, another African-American who was hooded by white police and held against the floor in New York, were revealed; a week later he died.

Mobilizations for justice for black victims of police abuse continue in various parts of the US, especially in Portland, where there have been riots every night for the last 100 days.