Trump admits that he always wanted to “minimize” the coronavirus.

In February, the president told journalist Bob Woodward that the virus was “deadly” and difficult to contain but downplayed it “not to create panic.”

WASHINGTON D.C. (Agencies) – Donald Trump’s management of the coronavirus pandemic returns to current affairs and political debate in the United States. Revelations in legendary journalist Bob Woodward’s new book, ‘Rage’  based on 18 interviews with the U.S. President and conversations with members of his Administration that again highlight how far he went in his goal of “not creating a panic,” despite being informed of the seriousness of the health threat. 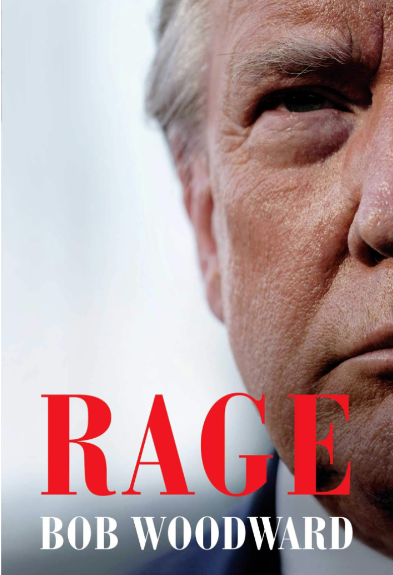 “It’s moving through the air,” Trump said in a recorded interview on February 7. “That’s much more difficult than contact. Because you don’t have to touch things, right? But you just breathe the air, and that’s how you get through it. So it’s [a virus] very difficult. Very delicate. Bob Woodward’s book is based on 18 interviews with Trump, according to the previews published by The Washington Post and CNN, “it’s also more deadly than the worst flu,” Trump asserted.

A few days earlier, a National Security Council briefing warned the president that the virus could be as deadly as the 1918 flu and probably be the biggest challenge of his presidency. But it would be another three weeks before the United States recorded its first death from Covid. Although the virus had begun to be detected beyond China, especially in Europe, the issue was not at all on the radar of the country’s public opinion.

“They say it will disappear in April, with the heat, like a miracle, I hope they are right…” he told supporters at a rally a couple of days after making those comments to Woodward, the journalist who, along with Carl Bernstein, discovered the Watergate case that led to Richard Nixon’s resignation.

In the days that followed, he continued to remove iron from the threat of the virus. “In a couple of days, the number will be practically zero,” he said. From the beginning, comparisons to the common flu have been a constant on the American leader’s lips ever since, even though he was aware that it was a much more severe virus.

Woodward spoke with Trump again the following month and asked him about his statements. Was he minimizing the issue, the reporter asked on March 19. “I’ve always wanted to minimize it. I keep minimizing it because I don’t want to create a panic,” argued Trump, who in that same conversation shared with the veteran reporter some “alarming facts” about the virus. It doesn’t affect “only the old or very old. Young people too, a lot of young people,” he said.

By this time, even after declaring a national emergency and closing the doors to travelers from Europe, the president was already saying in public that he did not want to worry Americans. The Woodward notes that, beyond his supposed desire to instill calm in public opinion, it is a willingness to hide the seriousness of the pandemic, internal chaos, and a stubborn refusal to “mobilize” the full force of the federal government to combat it.

The revelations have been known on the same day that the United States crossed the sad threshold of 190,000 deaths from Covid, a disease that has dealt a heavy blow to American pride.

Asked about this, Trump did not deny that he made these comments to Woodward (the Washington Post has published the recordings), but he was defensive. “The truth is that I am a cheerleader for this country,” he said, actually using an expression he used in April. “What I’m not going to do is drive this country or the world into hysteria. We have to show confidence. I want to show strength,” he defended this Wednesday in a press conference at the White House in which he presented the list of his 20 judges who will be candidates to enter the Supreme Court if, under his mandate, a vacancy occurs, a key issue in his campaign for reelection in the face of white evangelicals. This group was vital to his election in 2016 and needed to be on his side in November.

The preview of Woodward’s book, which will hit bookstores on September 15, brings the issue of the pandemic back to the forefront of the public debate and the electoral campaign after two weeks in which the Republican candidate has managed to shift the national conversation in his favor to focus on the general disorder that has arisen around some anti-racism protests and to launch his message of ‘law and order.’ The Democrats have reacted strongly to the news.

“President Trump lied to the American people. He lied on purpose and in good conscience for months about the threat he posed to the country,” Democratic White House candidate Joe Biden has denounced. “He had the information. While a deadly disease was tearing our nation apart, he deliberately failed in his job. It was a life-and-death betrayal of the American people,” Biden remarked during a Michigan campaign event.

Senator Chuck Schumer, leader of the Democrats in the Upper House of Congress, has declared himself angry. “How many people would still be alive if he had told Americans the truth.” Trump has only been seen once in public with his mask on July 11, when at a time of great concern about the upsurge in cases, he wanted to show that he was in charge of the crisis. He said that wearing the mask seemed to him to be “a patriotic gesture,” although he had dedicated himself to discouraging its use until then.

The book, Woodward’s second on the president, contains new statements that may further strain Trump’s military relationship. An assistant to former Secretary of Defense James Mattis says he once heard Trump say that his “fucking generals” were “a bunch of pussies” who were more concerned about international alliances than trade agreements.

It was Mattis who, he says, asked him to write down the comment and send it to him. With less than eight weeks to go before the presidential election, the White House is still trying to contain the storm created by an article in The Atlantic magazine that claims the president referred to soldiers killed in combat as “losers” and “suckers.”