Potosinos live in the heart of Mexico and march to the rhythm of the Huapango. Knowing their place in the world, they wander carefree. As if nothing had ever happened, or everything had already happened, life is drawn out sullenly between blue skies and distant mountains. In contrast to the simplicity of daily life, however, is a depth of a fertile and creative spirit in this land.

The reason for the dichotomy resides perhaps in the complex geography of the Potosino territory. A landscape of consecutive whims that metamorphoses between the barren and the abundant; the flattened and the complex; the wet and the sterile; a discrepancy now sudden, now gradual, but which is always capable of hypnotizing the traveler. 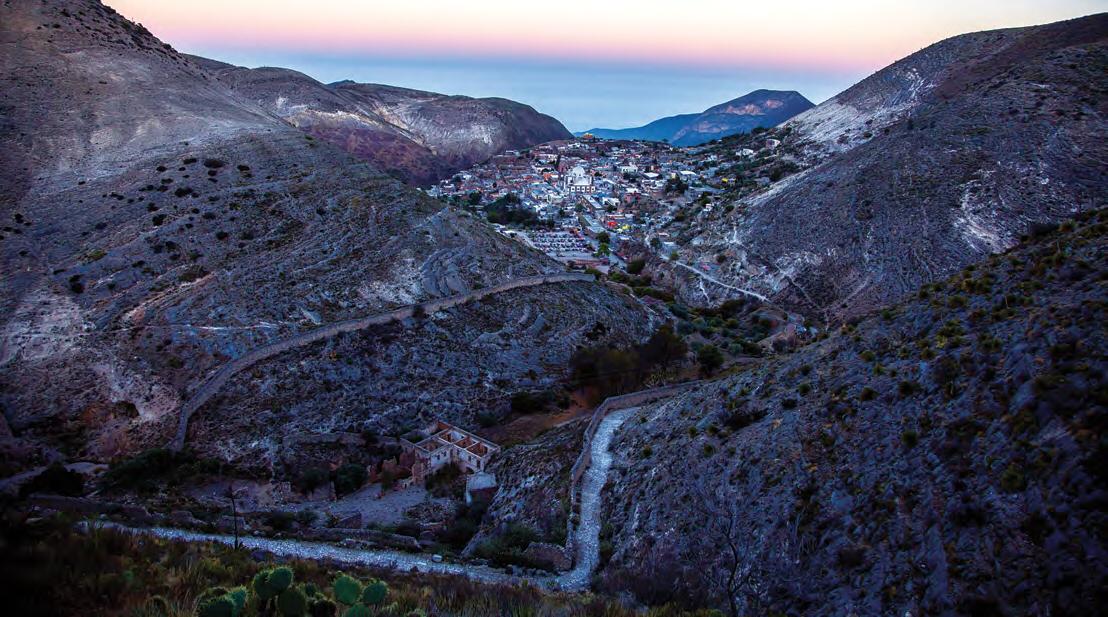 From north to south San Luis Potosí is a vast and diverse territory. The northernmost part is occupied by the endless arid zones of the Chihuahuan desert, which with difficulty breathes under the yoke of the largest mountain ranges in the country, colossal sponges that absorb most of the oceanic humidity for themselves and leave the deserts, meager leftovers of the plethora. It is an inhospitable place.

However, life here never gives up, hidden and indecipherable creatures inhabit everywhere. Izotales, mezquitales and a universe of cacti thrive in conditions to which it would be impossible for other plant species to adapt. Birds, mammals, and reptiles have made the forgotten wasteland their home. This is the harsh scenario to which the Wixárika people direct their annual migration from Nayarit and Jalisco to the exact point where, according to their worldview, the Sun was born: Wirikuta, the sacred mountain of the Huichol communities. 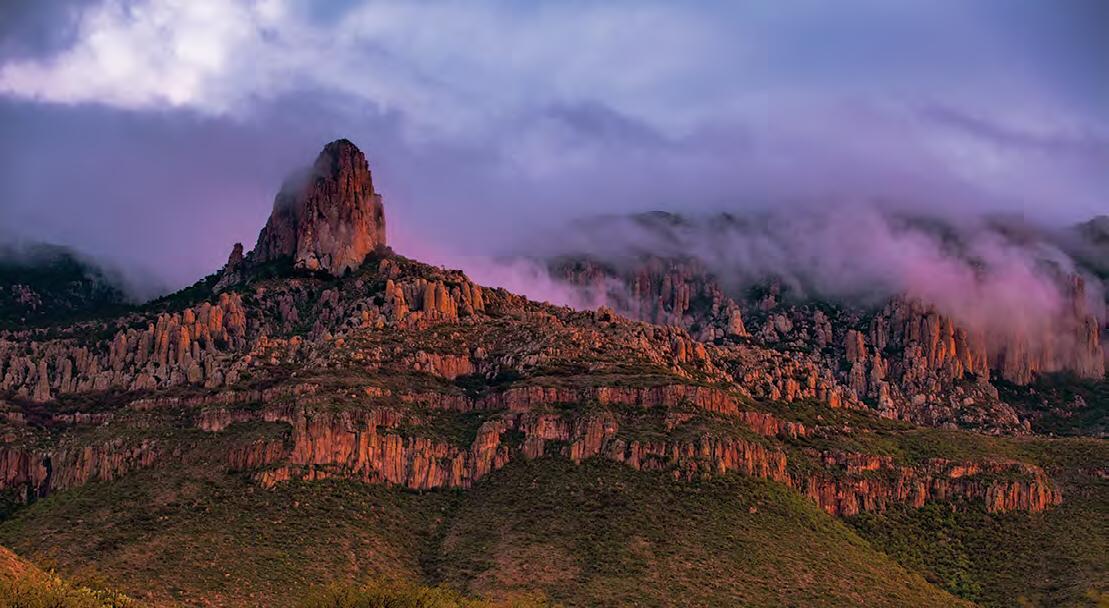 A few kilometers from Wirikuta, and responding to less sacred origins, although just as fascinating, is the greatest jewel of the Potosino Altiplano, a picturesque town that stands on the Sierra de Catorce and that was founded at the end of the 18th century with the loose name of Real de Minas de Nuestra Señora de la Limpia Concepción de Guadalupe de los Álamos de Catorce; today it is known only as Real de Catorce, a denomination with an unclear origin that is mixed between stories of royalty and bandits. It is one of the most mystical sites in Mexico, an ancient mining settlement that lived 100 years of splendor and was later abandoned and trapped in time. Only the arrival of modernity, and with it that of tourism, made us forget the remote mining profit and bring the ghost town out of its spectral lethargy to give it new vigor and turn it into a setting for Hollywood movies, a magical town and a favorite place for lovers of the peyote. Touring the topography surrounding Real de Catorce is an unmissable experience, it is like going halfway around the world.

Another wonder of Potosí is at the opposite end of the state, a wonder of nature, a place inhabited by all kinds of fantastic beings, where colors and flavors intertwine in time. It is the Huasteca Potosina, machinery orchestrated by water, which with its liquid line draws thousands of paths between mountains and valleys while creating dreamlike landscapes of a surrealist nature, a show that was emulated in the “English Castle” by the poet and sculptor Edward James, with the construction of a series of concrete structures freely integrated into the natural landscape, dissociated from reality and full of fantastic elements, installed in a tropical forest that is located on the edge of the Santa María River, in Xilitla, the other magical town in the state, which also houses, a few meters from the sculpture garden, the recently inaugurated Leonora Carrington Museum, thus confirming Xilitla as a surreal destination. 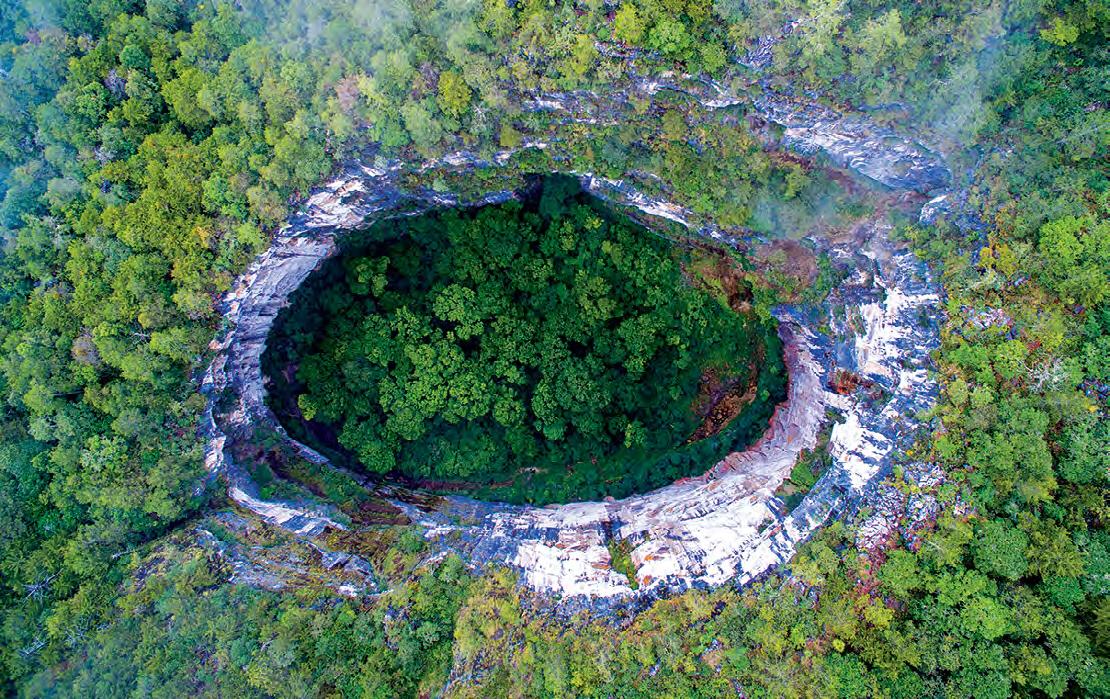 The magic of the Huasteca does not end here, its power is dispersed over vast mountainous areas, it engenders enchanted kingdoms where jungles and mesophilic forests thrive and fills the most important agricultural regions of the state with life. Jealous possessor of water, the Sierra Huasteca only disdains the fundamental liquid when it is excessive. Outside its basin the landscapes are barren and infinite; inside, rich and exuberant. Rivers, canyons, waterfalls, reed beds, and impressive cellars, doors to other worlds, are dominated by emerald green, which tries unsuccessfully to oppose the turquoise blue until it surrenders in a patchwork of landscapes that seem to come from long forgotten times.

The cultural richness of the region cannot be overlooked: the Tamaletón flyers and their ancestral rise; Huasteca gastronomy resulting from the mix between Spanish and indigenous cuisine; the Huapango, a musical expression that shows the absolute uniqueness of the locals; Tamtoc and Tamohi, names without time, taciturn witnesses of the Mesoamerican character of the ancient settlers; the agricultural cycles that translate into the cycles of local life itself.

Finally, between the bordering ecosystems of the north and south, a middle earth coexists, an autonomous universe that is governed by its own rules, particular rhythm and beauty; that it is neither jungle nor desert; that it is not water nor is it sun; that it is neither mountain nor plain; which is the mixture of everything, the result of the ancient encounter between the Nearctic region and the Neotropical region, a creative collision that led to the ideal conditions to make Mexico a megadiverse country and that at this exact point converges in an astonishing way in the form of forests, grasslands and wetlands of vast biological diversity.

It is here where the rich gold and silver deposits of Cerro de San Pedro were discovered in 1592, which gave rise to the founding of the city of San Luis Potosí, the state capital. Place of architectural monuments, enchanted neighborhoods, and central part of the Camino Real de Tierra Adentro, the first land cultural itinerary drawn up by the Spaniards in America, a 2,560-kilometer commercial route that served to transport, among other goods, the silver extracted from the mines from Zacatecas, Guanajuato and San Luis Potosí. It was this same route that promoted the development of Potosí farms that served as a support point for merchants and of which a good number survive today, as a vestige of the preponderant role they had in the economic development of Potosí territory and of the physiognomy which acquired the capital city. 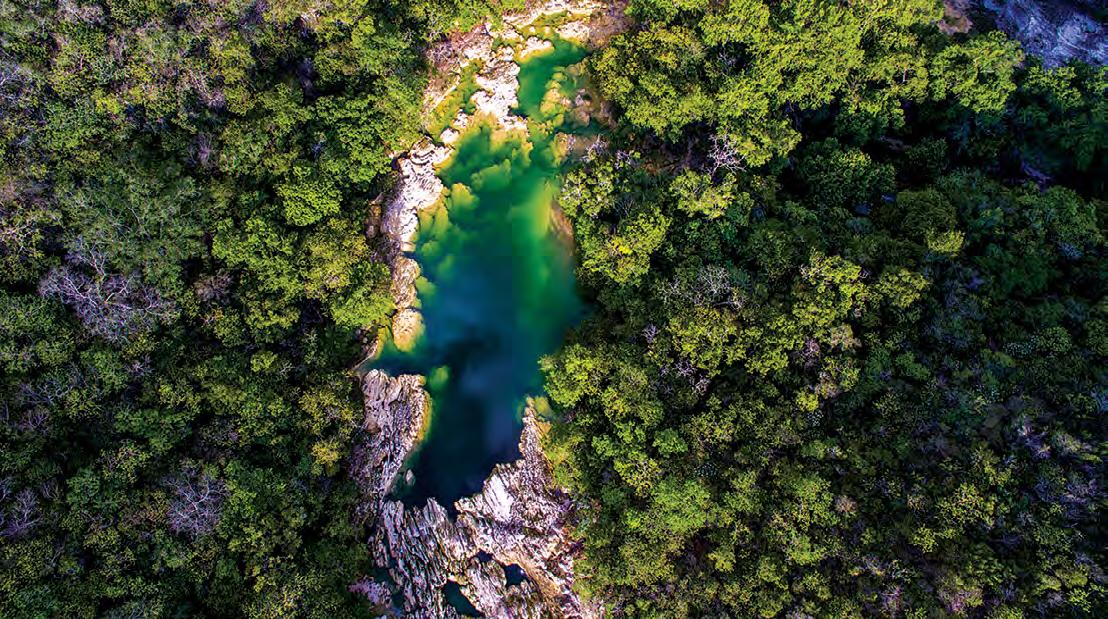 The cultural riches of the city of San Luis Potosí and its surroundings are innumerable. The great variety of architectural styles stands out with outstanding examples at the national level, such as the majestic window of the Aranzazú Chapel, valued as one of the best elaborated in the continent; the Chapel of Loreto, with the first sculpted portal in the region; the octagonal dome of the Temple of San Francisco and its sacristy, considered one of the most beautiful of the religious architecture of New Spain; the impressive altarpiece of the Temple of Carmen, unique in the country; the exquisite stonework and cabinetmaking; the very fine rebozos of Santa María, a tradition that has lived since pre-Hispanic times; the Calzada de Guadalupe, which is part of the longest pedestrian avenue in the American continent and passes in front of the Center for the Arts where the first museum dedicated to Leonora Carrington is housed; the procession of silence that starts annually from the Plaza del Carmen and that was declared Cultural Heritage of the State; the exquisite mezcal, that elixir that we share with the gods and that is produced of extraordinary quality using the wild agaves of the area; the regional gastronomy with its delicious enchiladas from Potosí, its tacos rojos and its tacos Potosinos; Tambourines, Rio Verdean enchiladas, gorditas with shredded meat and the traditional Asado de Bodas complete the delicacy. 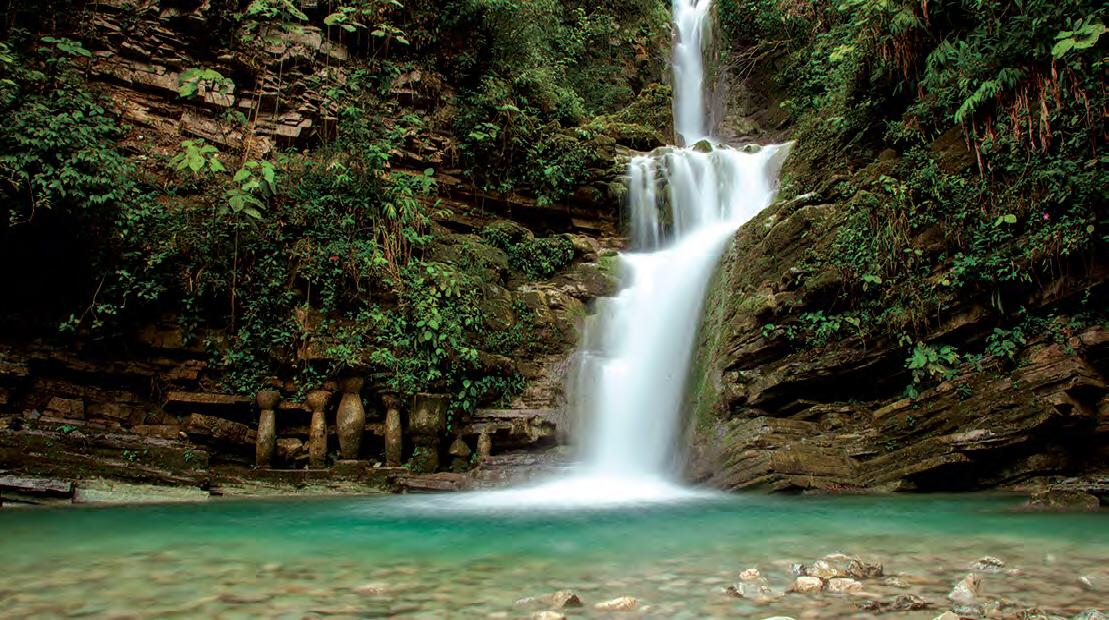 Words are not enough, the destination is overwhelming, the only way to begin to decipher it is to travel its mountains and valleys, navigate its rivers, taste its dishes, venture into surrealism and meet its people, those Potosinos of nature at the same time strong and endearing, as is everything in this land of contrasts; in order to finally be able to understand that in San Luis Potosí there is, in one way or another, everything that one could be looking for.

For The Yucatan Times
Mike Alcalde

Mike Alcalde is a environmental photographer and documentary filmmaker whose work has apeared in Mexico and internationally. He is also Director at mexiconatural.mx