Intellectuals demand that López Obrador not attack freedom of expression. He strikes back at them. 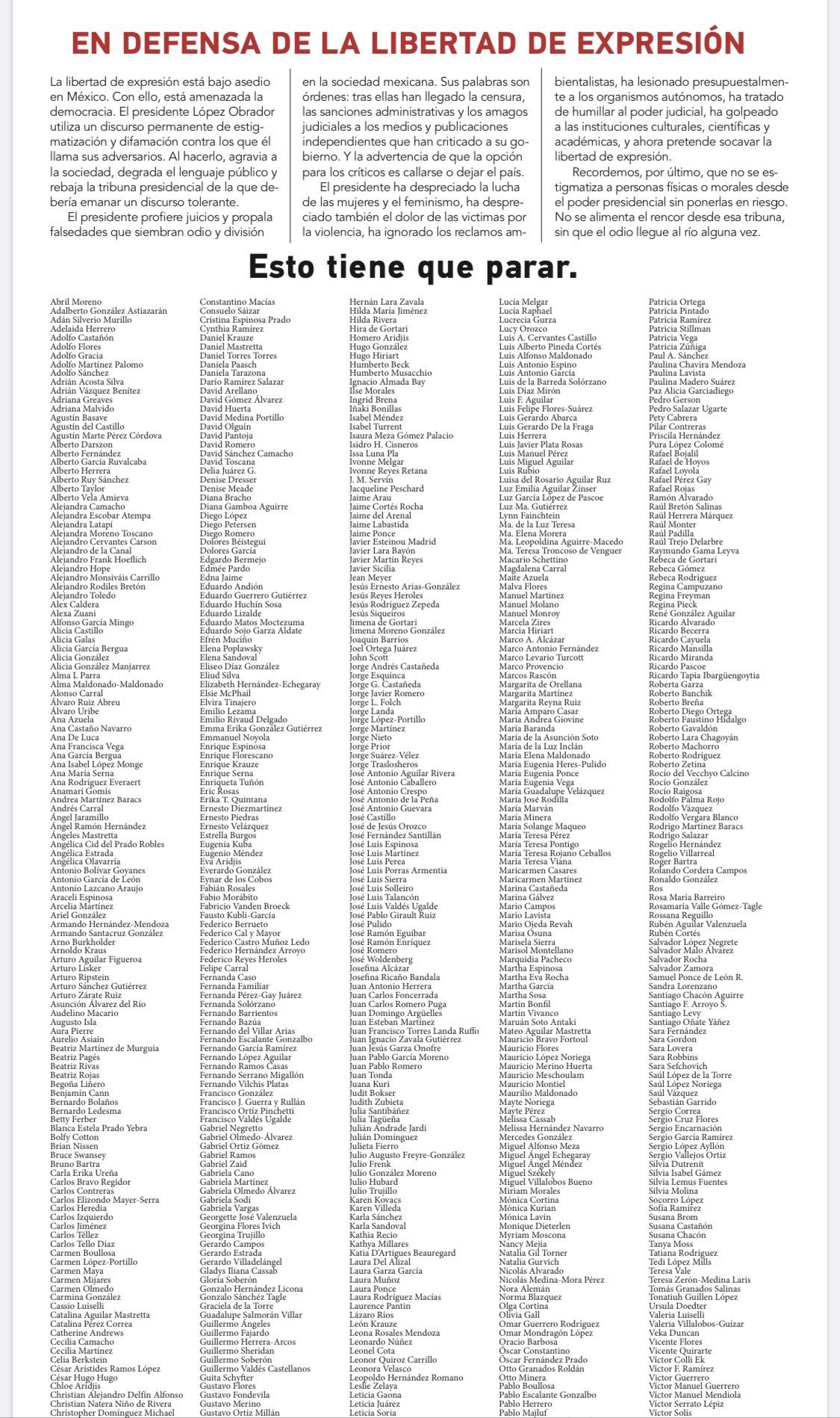 In the display “In defense of freedom of expression,” the more than 650 signatories stated that in Mexico, “democracy is threatened.”

They denounced that López Obrador uses a permanent stigmatization and defamation speech against those he calls his adversaries, thereby offending society, degrading public language, and lowering the presidential rostrum from which a tolerant speech should emanate. His words are orders: after those comes the censorship, administrative sanctions, and judicial threats to the independent media and publications that have criticized his government. And the warning that the option for critics is to shut up or leave the country, they said.

The document accuses that the federal president has despised feminism, the pain of victims of violence, and ignored environmentalists’ claims.

Besides, they stated, the Federal Government has cut the autonomous organizations’ budgets, tried to humiliate the Judicial Power, and attack the cultural, scientific, and academic institutions.

AMLO ANSWERS
Andrés Manuel López Obrador criticized the academics and intellectuals who signed a statement asking him to stop their attacks on freedom of expression and accused them of belonging to a conservative group that remained silent in past administrations.

In his morning conference on Friday, López Obrador assured that his government has never attempted against freedom of expression and that publications such as said deployed prove it.

The president said that the signatories are people who were silent and complicit during the atrocities of the neoliberal period. “And it is displayed in all the media, I have not reviewed but surely on the radio on television, in all the newspapers,” he criticized.

He added that this group of academics and intellectuals “always supported the neoliberal policy,” and now they feel offended by his government’s actions.

“They should offer an apology because they remained silent when the country was looted and then it is demonstrable that the government well served them,” he said.