August 2020 is the most violent month on record in Mexico

August 2020 was the most violent August on record in Mexico, with an average during this six-year term of 94 homicides per day, four per hour, or once every 15 minutes.

MEXICO CITY (Times Media Mexico) – Mexico’s T-Research produced a report comparing the situation in August 2020 and the previous ones, until 1997. None of them has the number of intentional homicides that occurred in August of this year.

The report was prepared with data from the Executive Secretariat of the National Public Security System (SESNSP). Compared with August 2019, the same month of 2020 increased the number of intentional homicides that went from 2,966 to 2,973, which represents 0.2 percent more.

In the accumulated number of intentional homicides, so far during President Andrés Manuel López Obrador’s administration, it is observed that, on average, 2,818 murders are counted per month, which is equivalent to 94 daily, four per hour, or one every 15 minutes.

Meanwhile, from January to September 2020, Guanajuato leads the number of intentional homicides, with 3,120.

In the opposite case, Yucatán, with only 34, and Baja California Sur, with 45, are the least intentional homicides. 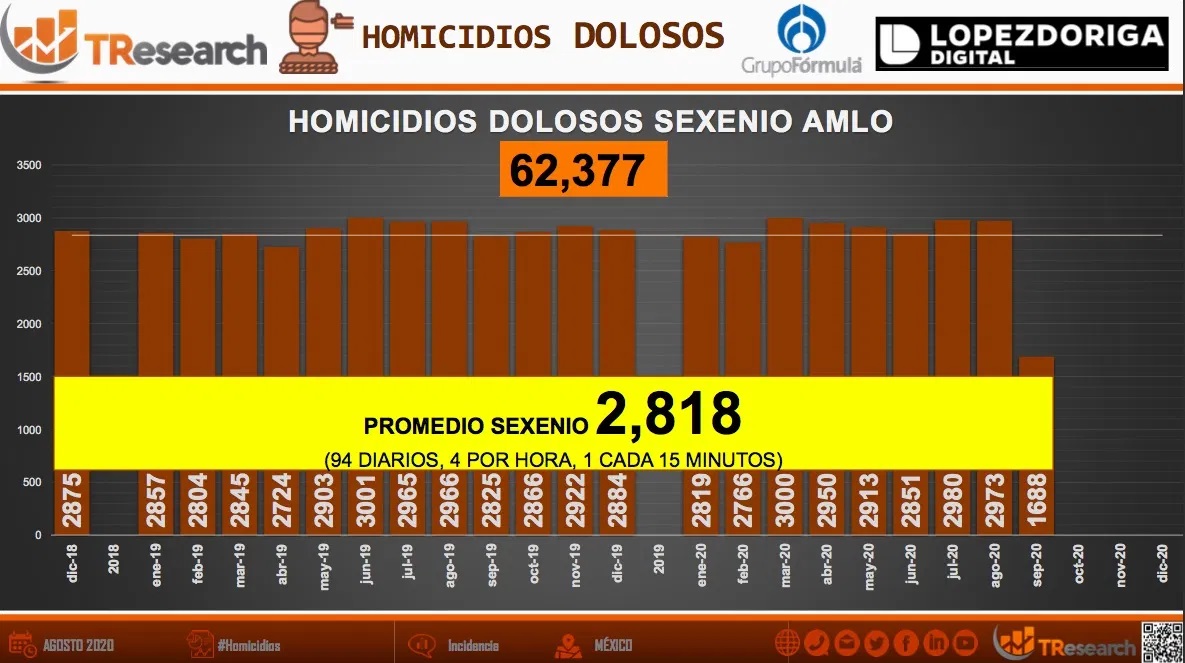 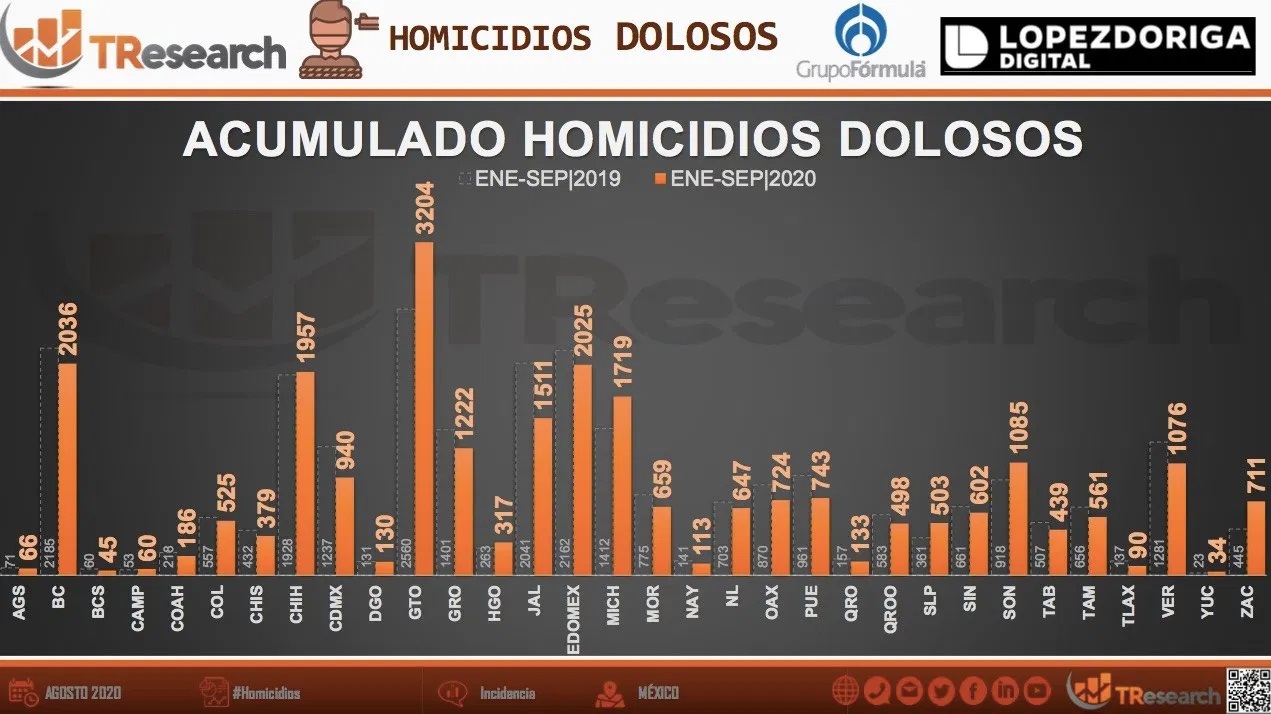