Another member of AMLO’s party involved in a corruption scandal.

The Morena senator became the owner of a vast land extension, from one day to the next. In one year, she went from having 1 million pesos to 31 million pesos in one account.

MERIDA Yucatan (Excelsior) – Another stripe to the tiger. In corruption cases emanating from the official party, MORENA. It turns out that the husband and brother of legislator Marybel Villegas Canché received by direct and free adjudication 170 thousand square meters of land in Merida.

This can be seen in the more than 20 property titles issued in favor of the senator’s relatives who, in 2013, occupied the position of deputy in the State of Quintana Roo.

In her 2016 declaration of assets, Senator Villegas Canché reported having more than two million pesos in various bank accounts. In one particular Santander bank account, she said she had one million pesos.

One year later, that account had increased to 31 million pesos, as stated in her 2017 financial statement. That is, from one year to the next, this account increased by 30 million pesos.

Senator Villegas Canché began her political career as general director of the DIF of Quintana Roo, in 2004, as an activist of the PRD. In 2009 she leaped to the PAN, taking on Secretary of Labor’s position for the entity.

In the last six years, already in the PRI, she occupied a local deputy and then became a delegate of the Secretary of Social Development of Quintana Roo. 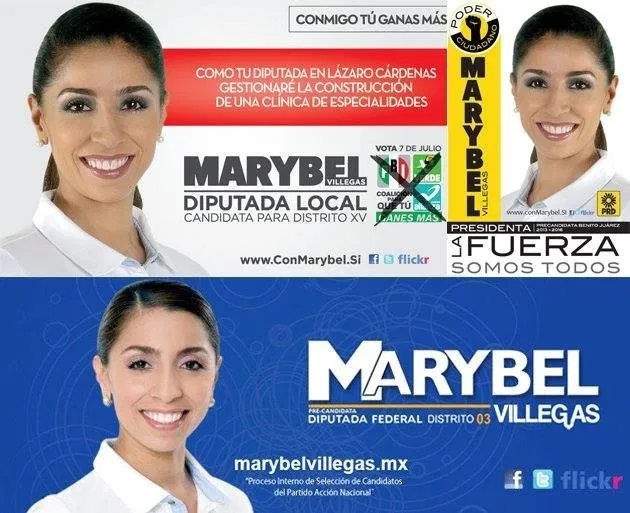 She was Secretary of Labor in Quintana Roo. In 1999 she was an assistant to the Federal Public Ministry. From 2002 to 2004 she was a delegate of the Subprocuraduría de la Defensa del Menor y la Familia in Benito Juárez (Cancún).