Although 2020 has been a year of complications and cancelations, one thing which did take place was the community-driven Tortufest in Seybaplaya, Campeche. The event – now in its third year – is designed to encourage local participation around turtle conservation in the area, in particular for the critically endangered Hawksbill. 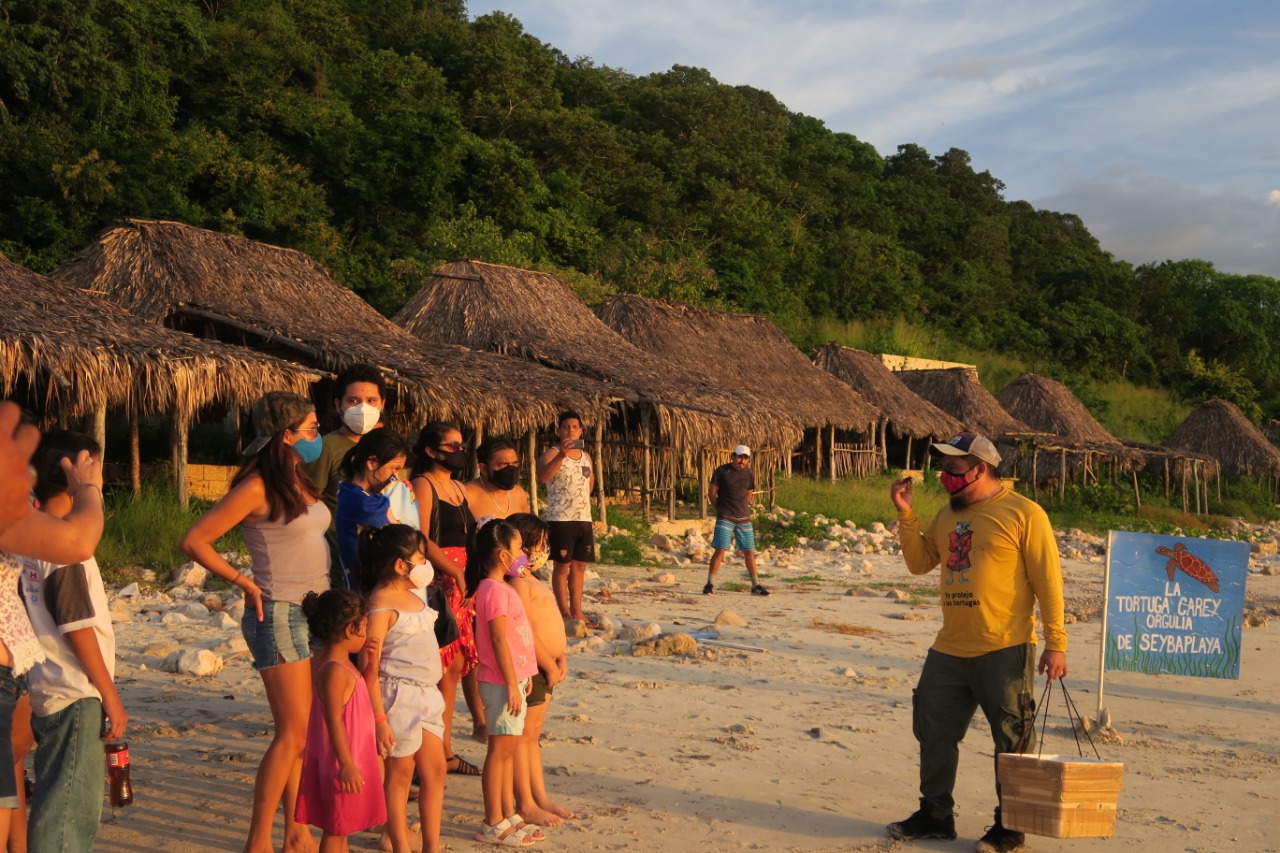 Each year beginning in mid-April in Campeche, turtle season comes around. Adult Hawksbill turtles emerge from the sea in the early months to lay their eggs in the sand, where around 90 days later, the baby turtles hatch and begin their lives. Hawksbill turtles can be found in all tropical oceans around the world and can grow up to be 68 kg (150 pounds).

Just like most organisms, they are an important aspect in the chain of our marine life ecosystem. Hawksbill turtles feed on prey such as jellyfish and sea sponges from the oceans reefs. Their feeding habits keep the reef clear for fish and other marine animals to feed and helps continue the rotation of the circle of life in our oceans. Unfortunately, the Hawksbill turtle is now categorized as a critically endangered species, so preserving them for the health of our oceans and other marine life is becoming more urgent than ever. 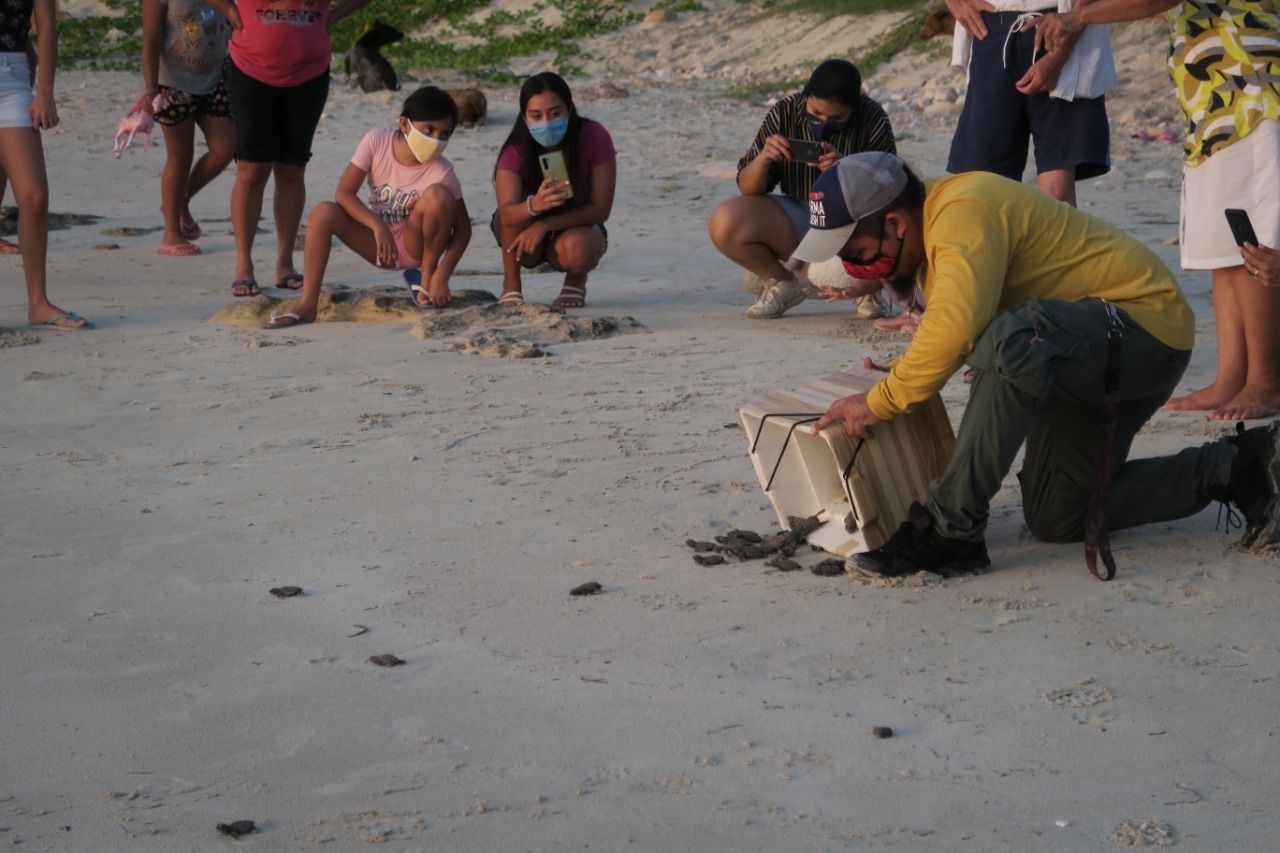 As the population of humans grows each year and ever-increasing encroachment on beaches and laying habitat for the sea turtles, the harm that is inflicted on our wildlife amplifies. In terms of the ocean and the Hawksbill turtle, as turtles come out to nest, multiple conflicts are in evidence.

Each year, around 8 million tons of plastic end up in the ocean, causing harm and death to marine life. Microplastics as well large plastic pieces can easily get in the way of turtles nesting areas, forcing them to nest somewhere less protected from predators on land. Worse, the newly hatched turtles have a rough time making it to the ocean when litter is in the way every step they take. 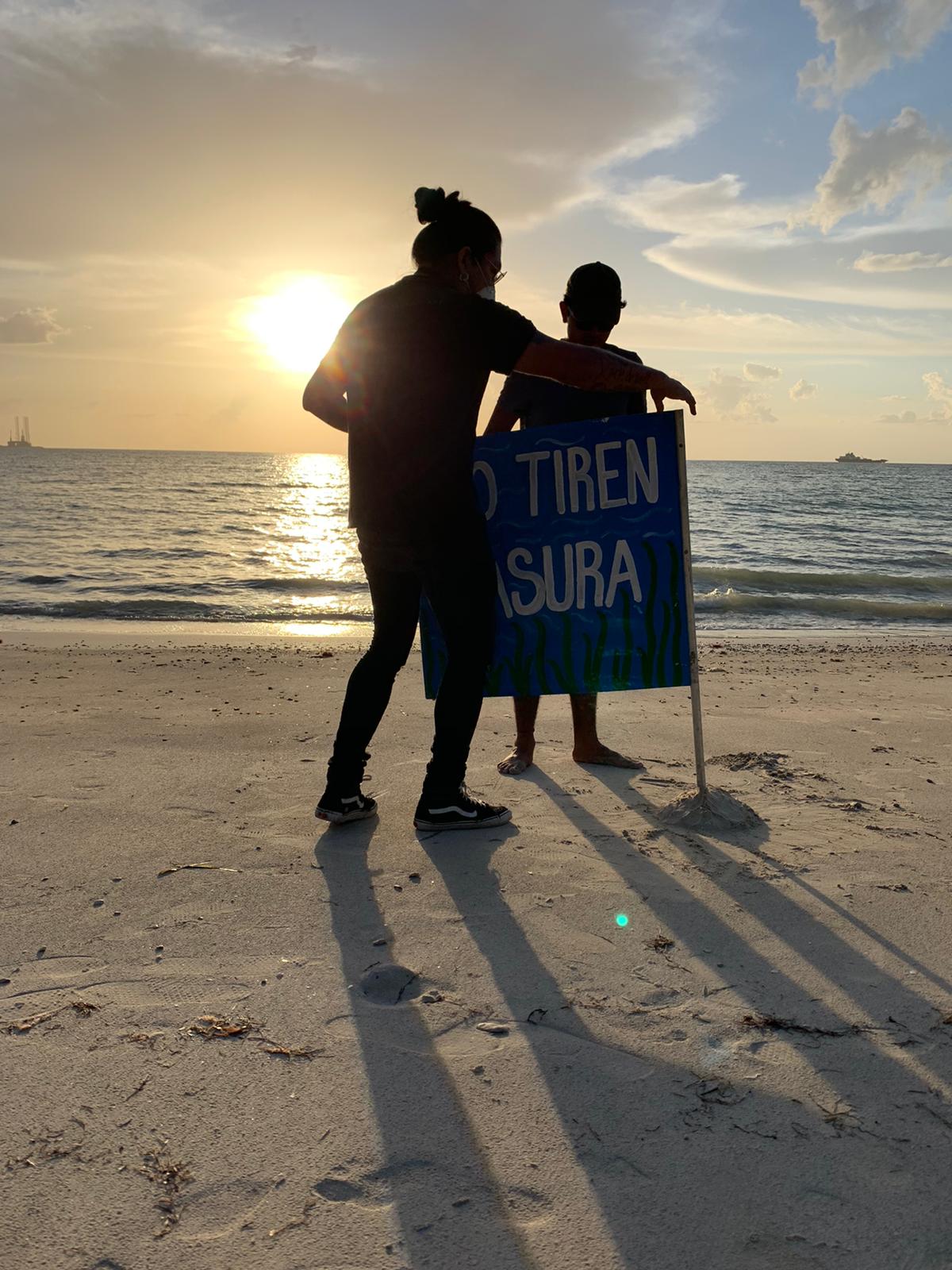 In fact, only around 1 in 1000 hawksbill turtles ever make it to adulthood. Natural causes such as animals on land, as well as fish and sea birds swooping down to feed on them are a large cause of death – and this is just within the first few hours of their life. Now include obstacles such as plastics being mistaken as food and old fishing nets getting tangled around their bodies, and it is evident that these turtles are immediately thrown into a complex start to their lives. This is why simply taking care of local beaches all around the world has been such a major growth area in recent years, positively impacting on the future of marine life everywhere.

In Campeche, Mexico, marine biologists and volunteers from organizations such as Ninth Wave Global and Plastic Oceans International come together to help hatch these baby turtles and offer a safe journey to the ocean. This summer has been a record-breaking season for Hawksbills in the area, with 86 nests laid and hatched, more nests than in the last 6 years. “It’s so pleasing to see these results,” says Biologist Luis Gongora, “of course we don’t know if these are long-term trends, but what we can say is that for the moment numbers of nesting adults and released baby turtles are on the up, and that is amazingly positive news.” 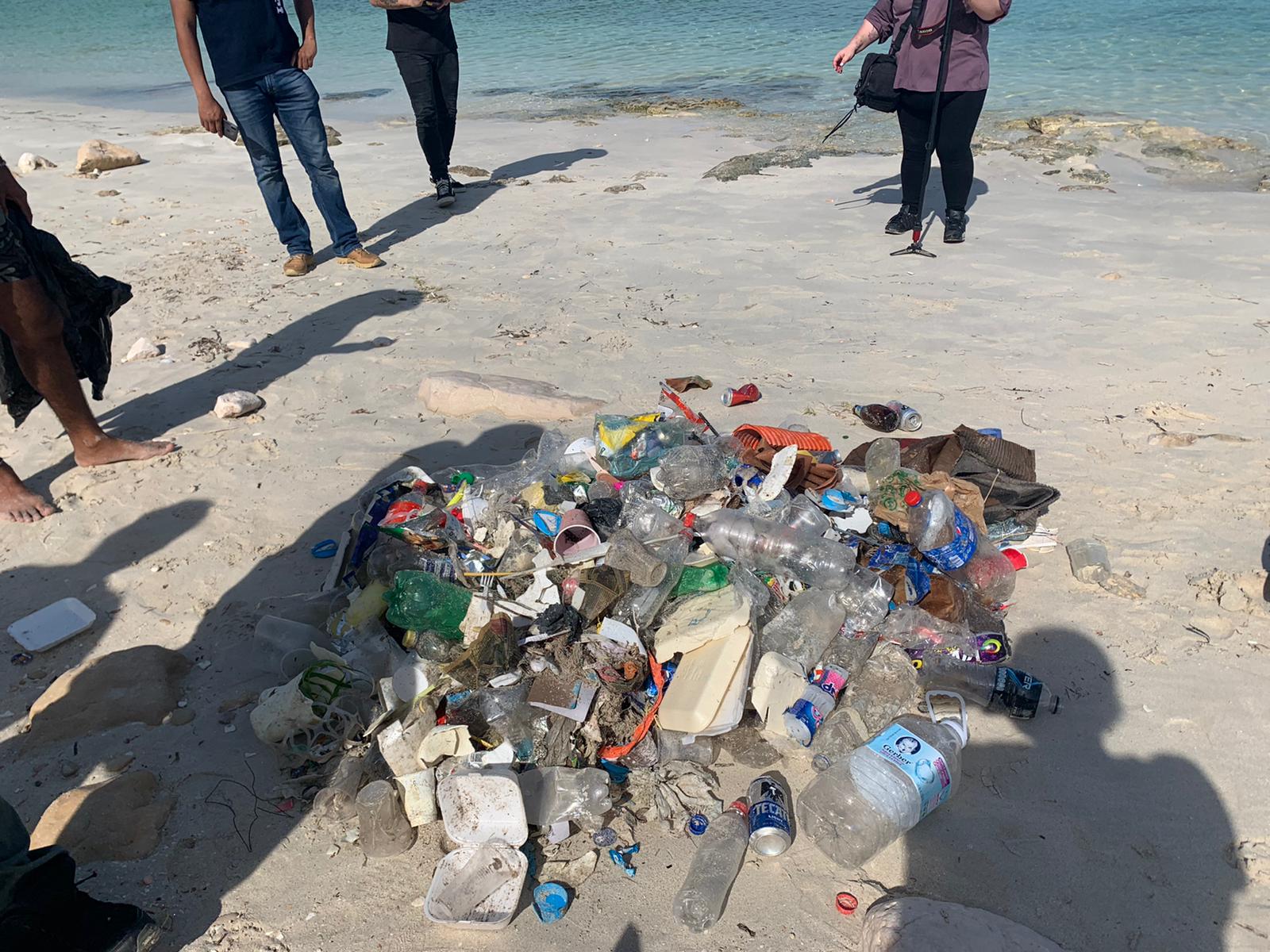 Nominally, Tortufest brings turtle season to a close, and hosts competitions as well as conservation events such as beach cleans and turtle releases. The beach clean filled two giant sized trash bags full of beach litter in just one hour of collection. Beyond removing the waste from the beach, the cleanup is also a way to show the impact humans have on aquatic life in their own communities, and how every little piece of plastic can have a negative impact on the animals that reside there – including of course the Hawksbill sea turtle.

An ongoing project was an environmental mural painting in Seybaplaya, building on existing ocean-focused murals on display in the community. Created by three local artists, it was made to represent the contestant winners’ pieces through the painter’s art, and used as another way to bring the community together and as a reminder of the amazing natural heritage the town has on its doorstep.

Tod Hardin from Plastic Oceans has commented on how “…it’s really an affirmation to see that all of our hard work has paid off. Doing the cleanup and seeing the community come together in the end just shows me that everything we do is worth it.” The release of the turtles into the ocean, following the beach cleanup in Seybaplaya was an effective way to put things into perspective for people. Turtofest showed just how much a day’s work can positively impact our wildlife, and just how important community involvement is.

Sydney Fowlkes is a Pennsylvania-based writer and journalist whose work focuses on social and environmental news features.