A company where AMLO’s daughter-in-law works benefited from the cession of land in Holbox.

QUINTANA ROO Mexico. (Agencies) – Carolyn Adams, AMLO’s daughter-in-law, works at Stella Holdings, which manages Desarrollos Inmobiliarios Xunaan. According to local media, this real estate company claimed to be the owner of several meters of beach that came into a dispute as they were considered protected natural areas.

On Holbox Island, the National Commission for Protected Natural Areas would have ceded 2.5 hectares of land to a real estate company where Carolyn Adams, the daughter-in-law of President Andrés Manuel López Obrador works, reported local media from Quintana Roo. However, the General Directorate of the Federal Maritime Terrestrial Zone and Coastal Environments (Zofematac) and the Secretariat of Ecology of Quintana Roo (SEMA) indicated that the action is within the legal area due to the coastal morphology of the sea that advances to the mainland. 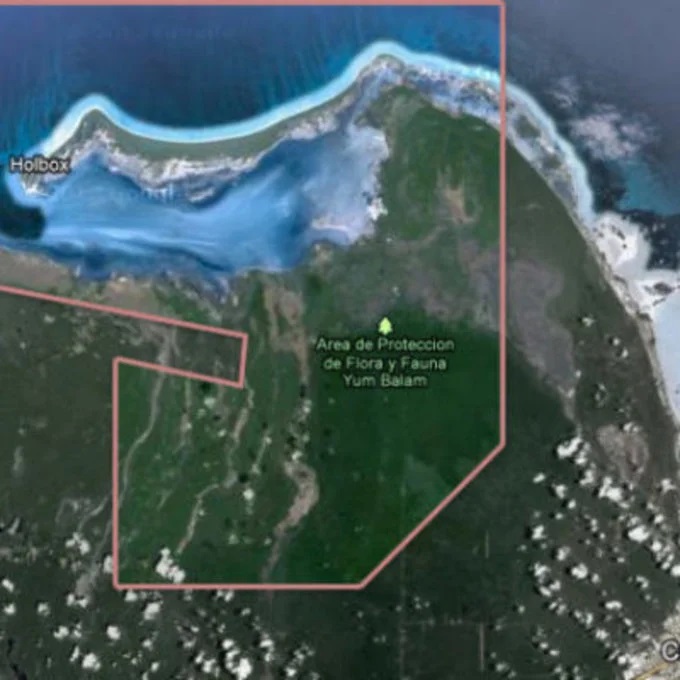 In May 2016, the lands had been awarded to the National Commission of Protected Natural Areas (CONANP) as part of the Federal Maritime Terrestrial Zone. However, last week Desarrollos Inmobiliarios Xunaan recovered the domain since the company argued that it was done in violation of the right to a hearing.

The federal government had delimited the 538,762 square meters on the Isla Grande de Holbox, in the municipality of Lázaro Cárdenas, as part of the Protected Natural Area; however, this included 2.5 hectares of the Federal Maritime Terrestrial Zone (Zofemat). 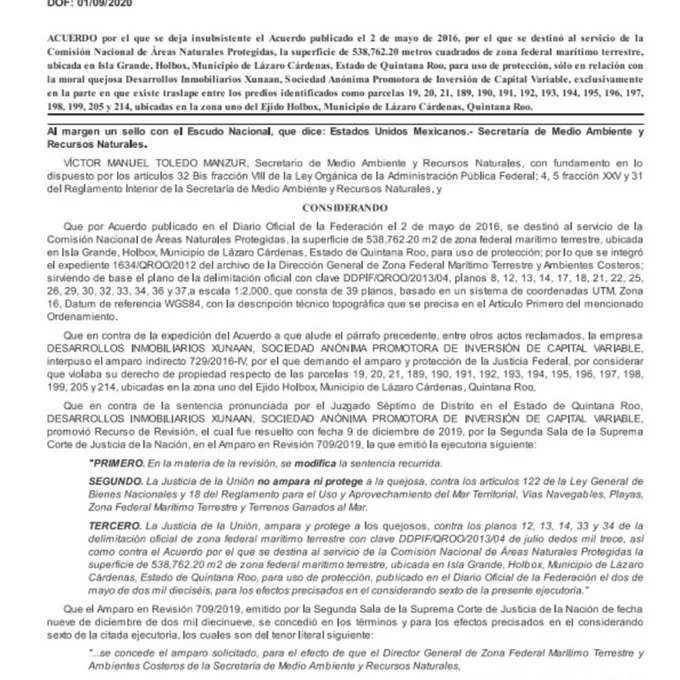 The federal government decree covered five hectares that legally belonged to private property. In this defense, the consortium argued that the sea gained territory, and their properties remained within the 20-meter strip that is considered a federal maritime-land zone.

Carolyn Adams is the wife of the president’s eldest son. She constantly shows her life of luxuries through her social networks, contrary to what AMLO preaches. 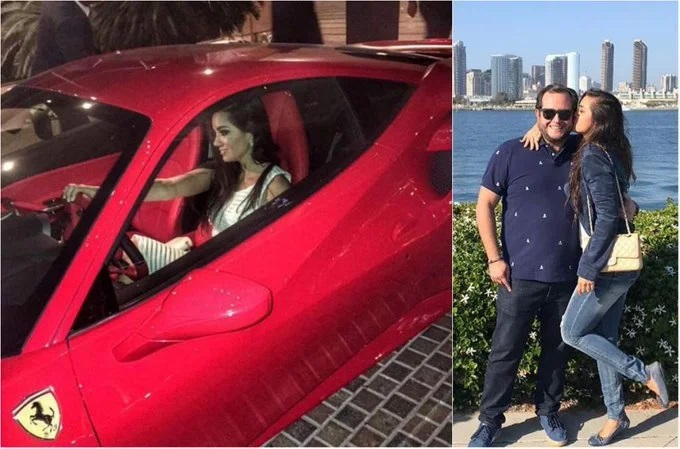 In September 2019, she attended the first government report with a white designer dress, Valentino shoes, and a Chanel purse. On her digital platforms, she boasts her extravagant trips in private jets and her numerous visits to Europe and Dubai. 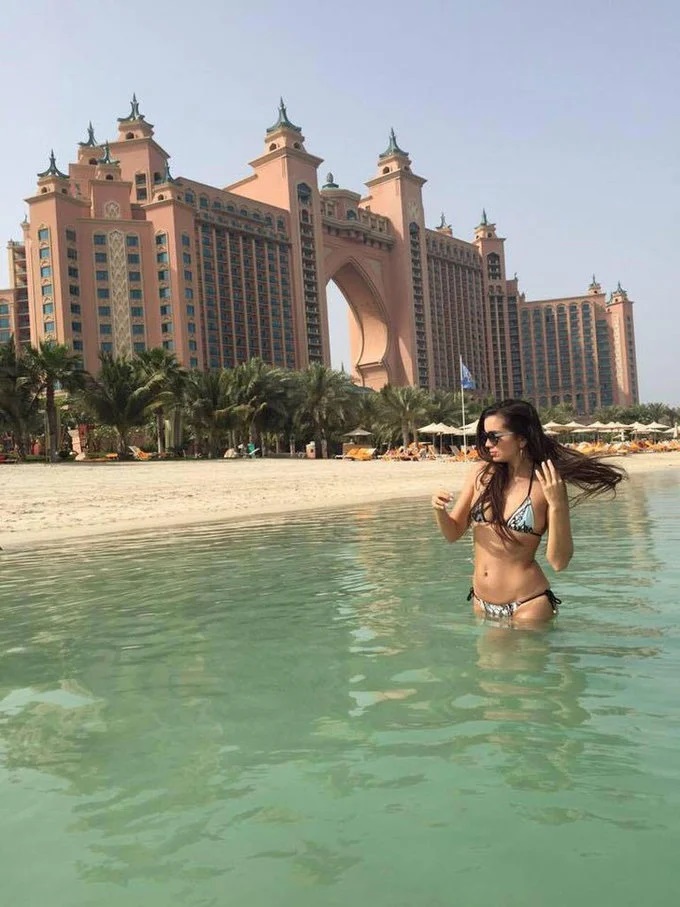 AMLO’s position regarding economic waste has been one of rejection. Over and over again, Lopez Obrador has criticized “the neoliberal model in Mexico” and the ambition to display luxury and made a speech telling people “not consume in an unhealthy way.” 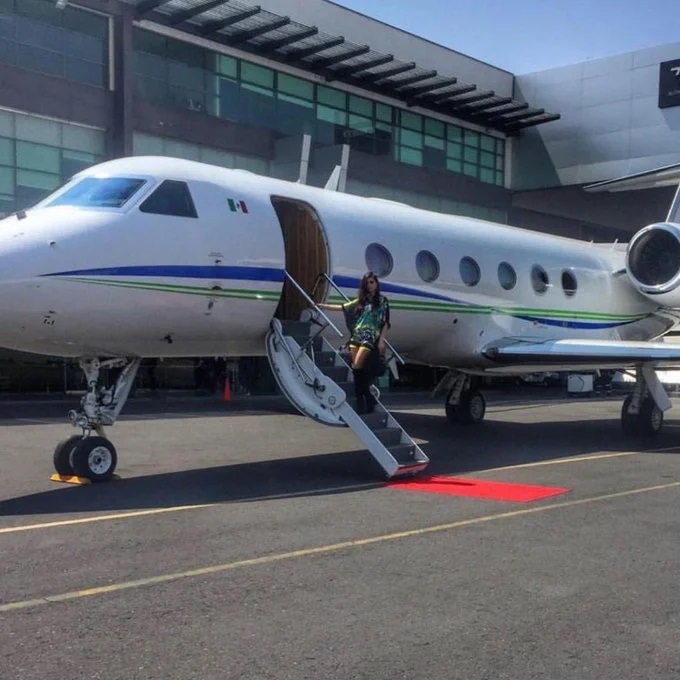 At that time, it also drew attention that her dress did not hide her belly, so it was expected that the couple or the president would soon announce the pregnancy.

Despite the family’s secrecy, the alarms went off when Carolyn did not attend the ceremony offered for the anniversary of the Mexican president.

Almost a month later, López Beltrán confirmed the birth of his first child. Little by little, the details of the delivery and the first images of the baby were revealed.

On January 14, the news of the birth of the first grandson of the Mexican president was released. Salomón Andrés Manuel López Adams is the child’s name, the result of the relationship between José Ramón and Carolyn Adams.