With 6,139 new infections, the Health Secretariat says, “The pandemic is still active.”

MEXICO CITY (Times Media Mexico) – According to Hugo López-Gatell Ramírez, undersecretary for prevention and health promotion, 14 states are showing a downward trend, and others have stabilized. However, he did not specify which ones.

He reiterated that the coronavirus epidemic is still active, which is why the population, he said, should only go out for really necessary activities and not for recreation.

“In general terms, we have almost half of the country now – if we look at it state by state, it is certainly not the representation of either territory or population – but we have 32 states and almost half, 14 at the moment have a declining pattern. At some point, they have already reached the peak of the epidemic curve and have had a progressive decline, adding up to three weeks of progressive decline”. López Gatell explained 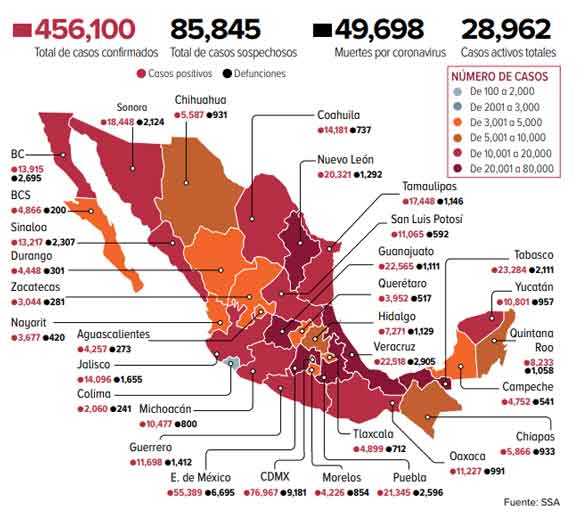 Other states of the remaining 16 have a situation where they have reached stability, understood as no change in the number of daily cases.

The number of patients who have recovered is 304,708. One million 41,860 people have been studied, the Health Ministry reported. 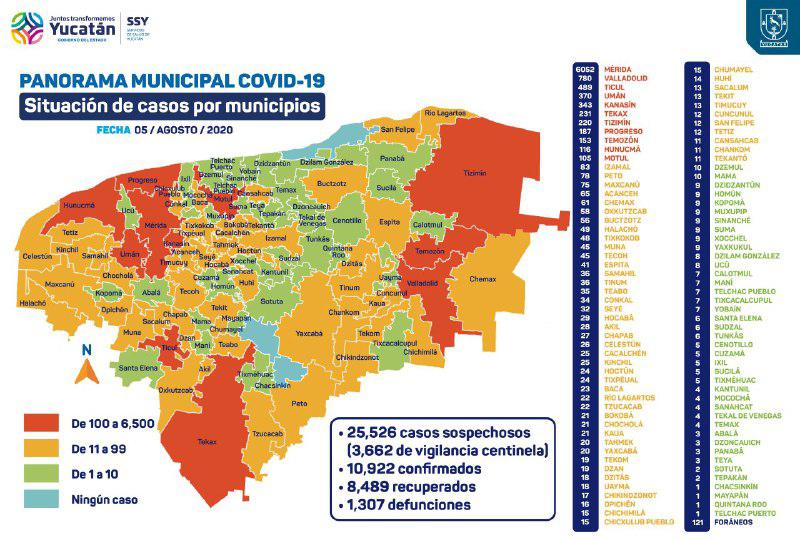 YUCATAN.
Yesterday, 179 new cases of Coronavirus were detected in the Yucatan. 80 in Mérida, 35 in Valladolid,10 in Tekax, 9 in Tizimín, 7 in Ticul, 5 in Temozón, 4 in Motul and Umán, 3 in Progreso and Teabo, 2 in Chumayel and Hoctún, 2 foreigners, and 1 in Buctzotz, Chemax, Chocholá, Conkal, Dzidzantún, Dzitás, Kanasín, Peto, Sudzal, Temax, Tinum, Tzucacab and Uayma.

There are already 10,922 positive cases, 121 of which are from another country or state. 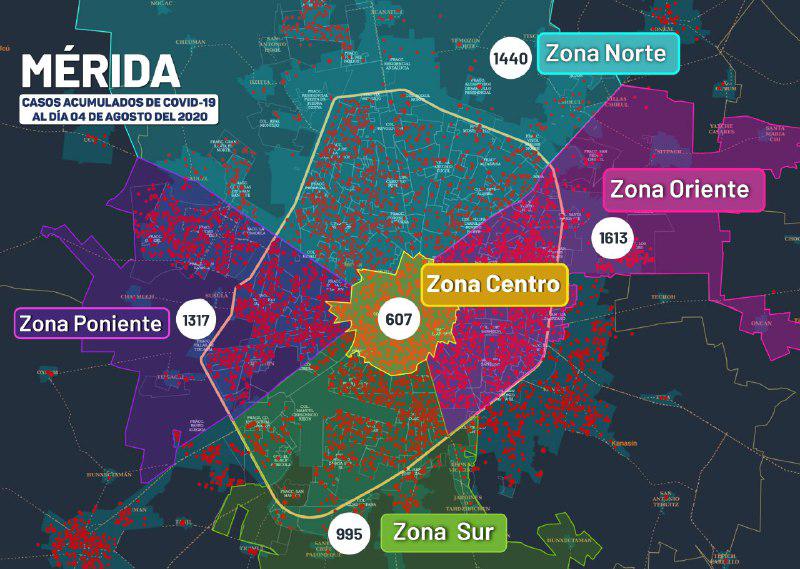